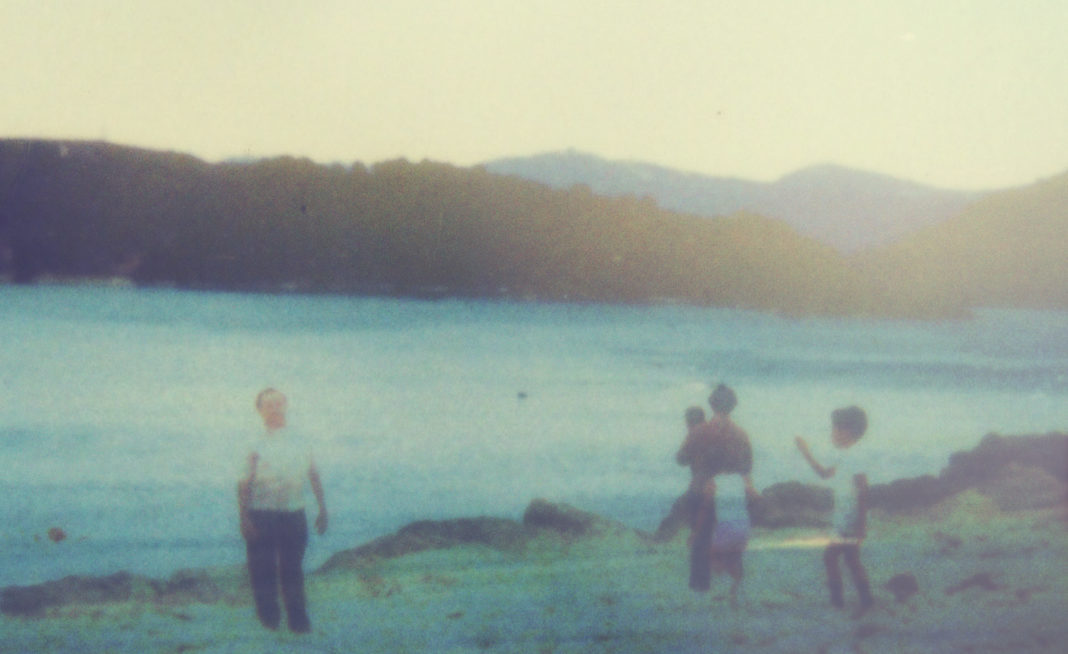 You can honestly get a decent summation of chillwave by a quick google of ‘chillwave wiki”. BUT, the college radio perspective is a boots-to-the-ground take on a microgenre so recently success’ed and suppressed that its facts go beyond the internet from where it was birthed. However, it should be well understood the genre itself is rooted on the internet.

Chillwave / hypnagogic / glo-fi is still being solidified, based on how it definitively existed as of 2009 (only 8 years ago), but that’s subject to argument. Most notably “chillwave” was coined by the satirical, ironic blogger Carles of the defunct Hipster Runoff (2008-2013) who wanted to gather the impression and feeling of the music that “chillwave” created. Because the internet became a much easier place to release and review music, and at larger amounts than ever, chillwave was a direct result of this surge. The transaction of consumer and artists listening and sharing, exploring and exploiting, with each person masked under the comfort and anonymity of their internet being, was so massive – and yet vapid, relatively – that it lead to its demise only a couple years later. Ultimately, it was for the best, but was it a musical renaissance of sorts? Perhaps.

The history of the genre in terms of its music is as idyllic and nostalgic as it is sounding. Artists cropped up under the influence of their predecessors, the then-fated experimental, classically artful and ambient greats – e.g. Animal Collective/Panda Bear, Ariel Pink, Boards of Canada, etc – and not as a response to anything. But in order to understand what made the microcosm of chillwave artists, you have to understand what came before it. The height of “hipsterism” of the late 2000s, and maybe into the early 2010s, created a humanity and culture of aesthetics where people put this above other things. Hipsters did have a responsive gesture in their art, where formality and all-out style/authenticity (visually) is blatantly evident and often verbalized. But the chillwave artists who came shortly after, as well as some who coincided with, were a stylistic mixbag which were just of natural progression. Both hipsters coming off the trend (back into jeans and tees) as well as pretty normal people who were spectating the whole fiasco still held an ironic sensibility at all times but wanted to approach it differently. They wanted to make it happy, or at least have a soothing familiarity to art and that was to be accomplished by electronic means. The popular comeback of the MPC sampler, partially made by Kanye West’s 808s and Heartbreaks (2008), was an enabling factor for the bedroom beatman who wanted to take the vintage qualities of older music – namely 1970s disco and 1980s pop and new-wave – and morph it into the romantic experience of what they envisioned it to be nearly 30 years later.

Crackles and white noise are preserved, and created, when you convert analog to digital, a commonality and staple of chillwave. The primordial soup, allowing room for variances, contains a backlog of older music as mentioned, a sampler, vintage synthesizers, microphone with reverb capability, and something to record/mix it all. This can all be accomplished in a single room (a bedroom to be exact); the modular setup in this setting allowed for simplistic, un-tethered, dreamy tracks which were loudened and perfected for an aesthetic that was so new, but as said before, familiar.

For many chillwave artists, this is because the samples were familiar sources, such as Clio – Faces or Gary Low – I Want You or Pineapples – Come On Closer. The 1980s italodisco and synthpop was a musical wave that was quickly being cycled back but redone in 2009. The peak of the genre was reached, the season matching the “vibes” it brooded over: it was dubbed the “Summer of Chillwave”.

The blissed out feeling of the typical chillwave artist explored sounds which creating a euphoric atmosphere with nostalgic and often melancholic meaning. Stylistically, however, it varied some, venturing into pop, dance and general beats. Artists like Memory Tapes, 18 Carat Affair, Luminary Youth and many others are examples which fit under the same genre, approached with similar formulas, but having a much different output. This is believed to be the coincidence of a major influx of artists all at once at the time. Hip-hop-oriented samplers such as Luminary Youth or Memorex peripherally produced beattapes for Soundcloud and YoutTube release, platforms most suitable for the single release paired with visual art, while dance artists such as Cherokee, AutoReverse, The Phantom’s Revenge and Darius held tighter to the nu-disco, italodisco vibe with faster paced, floor-ready tracks on similar platform releases. Then there were synth fiends like Com Truise and he’s pretty much stayed his course. Compilation albums such as Millenium Disco or Juicy‘s Sunrise Blend attempted to combine these surfacing artists with the idea of curated aesthetical value to their albums. The combination sometimes worked and sometimes didn’t…

The further derived and deviated artists existed and mostly dropped off due to this same influx, but the gestalt remains as significant as the genre’s most notable musical artists. The funnel of the genre leads to an essential bunch with classic and significant releases. They are principally the sages of chillwave.

And this might be because fans of chillwave want to remember a time where there was promise in a new sound and there was quality in lo-fidelity. There was a time where Alan Polomo was a nerd with a bunch of synths and technical know-how who made Psychic Chasms, or Chaz Bundick after a breakup to take to the sampler and mic on Causers Of This, or Ernest Greene, kind of just messing around with 80s pop, on his MPC-1000 to make Life of Leisure. The funny thing is many of the artists feel above the label of “chillwave.” It was sensed as an undermine to the creation of work, but any interview or dialogue with Brothertiger or Small Black have them acknowledging the name even if it warrants an eye roll.

Urban Outfitters employees can confirm as well when chillwave completely enveloped the stores and the young costumers which came in and out. 2010, a year with My Beautiful Dark Twisted Fantasy, The Suburbs, Halcyon Digest, Plastic Beach and Contra, was being competed, marginally but notably, by Washed Out’s “Feel It All Around” released a year earlier. But more focused on the matter was a tight-knit group of artists that remixed each other, toured with each other and probably influenced each other, if only for a moment.

It was all so pleasant in the underground; college radio and internet music blogs were finding a new niche that satisfied, and bigger entities began to capitalize on it as well (e.g. IFC’s Portlandia and theme song of choice). The new face of “indie” didn’t hold guitars or drums for the first time, and that, albeit for only a moment, was special. There was a fuzzily built bridge between electronic production with bedroom pop sensibilities. The softness and mellow nature of chillwave was quickly correlated with the hazy imagery of sun-bleached Polaroids, summertime and marijuana. People thought it was simply cool, but once the smoke cleared most people realized critical mass had been reached.

The fault line is attributed to said saturation point and the constant push and pull over what the heck chillwave is/was/can do?, but at this point it had run its course entirely, at least in efficacy. As indication of its own artists – Toro y Moi making Underneath the Pine (indie pop rock with full band), Neon Indian making Era Extraña (synth pop with full band) and Washed Out producing an acclaimed and very solid Within & Without (ambient beat pop) – any more  songs at 85 bpm or tempo-dropped 80s samples would make people sick.

And simultaneously, the ego of the community and their lust for new, disdain for old, completely imploded on itself. It was a weird moment, and probably the very onset of contemporary pretentiousness in music, that the internet found and killed off something because it was so cool it couldn’t possibly be so.

After 2011 chillwave didn’t exist but its legacy is something of note. The rise and fall of an entire genre and aesthetic birthed a new cycle of production and innovation was starting to happen at a much faster rate. More importantly, the judges of all new genres – micro-house, vaporwave, cloud rap – in the succeeding years were much more wary before, and careful during, a trend so as not to witness the demise of potential. It’s arguably all attributed to chillwave, but there are too many factors. Proliferation of internet, non-commercial music was made ultra-possible by channels, such as Majestic Casual, Fhinq Music, TSYN and a horde of copies all on YouTube, sourced by the artists via Soundcloud and Bandcamp. This then later evolved into, of course, pop and EDM. So is the nature of things, because everything good never really lasts.

To put it more in perspective, there’s no chance MACINTOSH PLUS would be as popular as it is weren’t it for chillwave. The fathers of the community rode a fine line between art and aesthetic that spawned a new mentality about music; its simplistic appeal and near-infinite backlog for reference and remix could be utilized, or exploited along with all the double exposures, washed textures, and sepia-toned colors. There was music to be made. Whether any of it is good in retrospect is subject to discussion, but chillwave did happen.