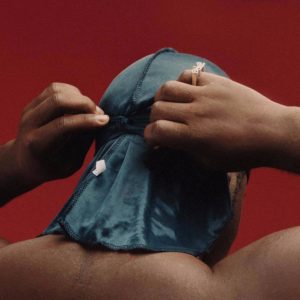 “I get a feeling, they want the old Ferg,” A$AP Ferg spits on “East Coast REMIX,” a single for his latest project Still Striving, and he delivered on that statement. Compared to Trap Lord, his sophomore release Always Strive and Prosper was a let-down. He tried out some new sounds without much avail, however Still Striving is a return to form, building on his “old Ferg” sound.

“Trap And A Dream” is a strong introduction track featuring Meek Mill. It has a slow, heavy beat, with deep thumping 808’s, but Ferg and Meek both have rapid verses giving it a good contrast. The catchy chorus “I had a trap and a dream, trap and a dream,” rounds it out and makes it hard to forget. It sets the tone for the rest of the project. Much of the production is dark, with slow, low thudding notes, and quick, aggressive verses, followed by catchy choruses. It results in a sonically cohesive album, but it manages to not feel repetitive.

Only three out of the fourteen songs on this release have no features, the rest all have at least one featured artist. “East Coast REMIX,” has a total of seven people on it, all taking a shot at spitting a verse on the beat, which creates a super energetic atmosphere, with everyone trying to one up the rest. “Mattress REMIX” creates a similar feeling, with a total of five artists on it trading verses. However, it has a more traditional form, with a chorus in between each verse, while “East Coast REMIX” only has two hooks.

Not all the features are great, and NAV’s verse on “What Do You Do” stands out poorly. His flow is similar to many of his other verses, and although his lyrics aren’t bad, they’re boring.  Lil Yachty on “Aww Yeah” also falls a little flat. It feels like an interruption in the track rather than an addition, and pales in comparison to Ferg’s verse and chorus.

Most of the lyrical content on this album is Ferg bragging about his wealth such as “Master Bruce, yeah I’m the coldest/Margiela and that Rick Owens” on “Mad Man.” Occasionally this bragging serves a different purpose, such as on “Plain Jane,” where Ferg raps “Yamborghini chain, rest in peace to my superior,” “Yamborghini” being a reference to A$AP Yams, the now deceased co-founder of the A$AP collective.

Despite most of the lyrics on this release not having much depth other than boasting about his lifestyle and wealth, “Tango” shows that Ferg is capable of much more introspective storytelling. Stylistically it’s sort of an outlier from the rest of the project, but it serves as a strong closing track, and doesn’t feel inadequate. In “Tango,” Ferg talks about his father’s death, as well as how the death of A$AP Yams has affected him, as well as Yams’ mother, showing a side of Ferg that is not often seen.