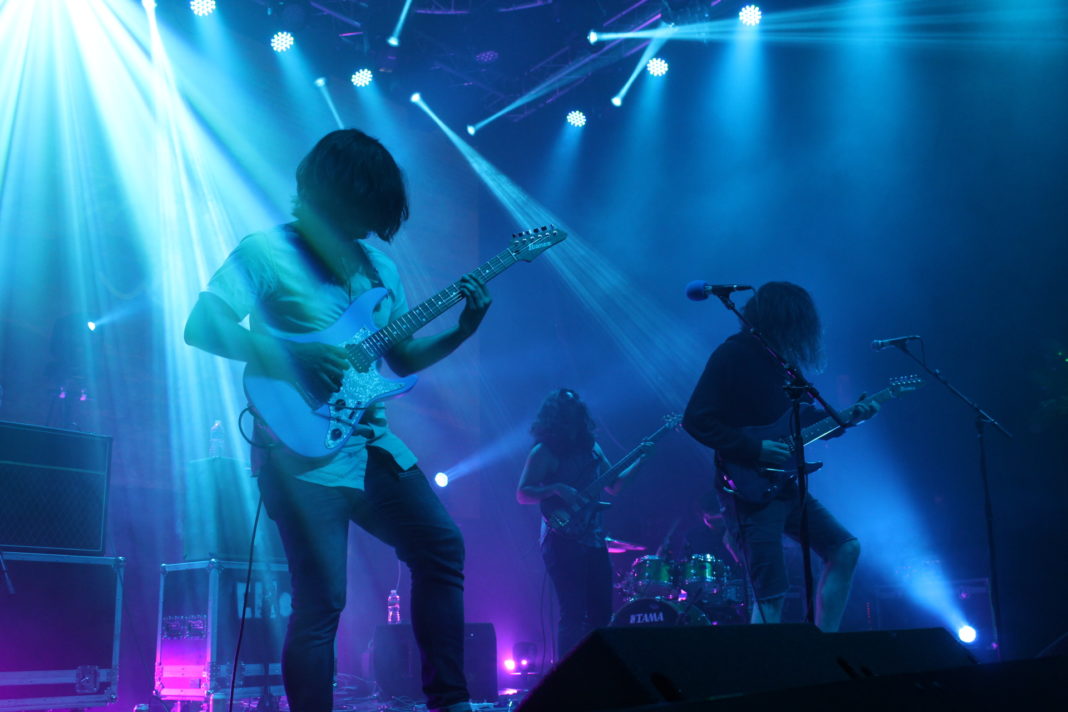 Tuesday night was packed with four different instrumental bands coming out to Gas Monkey Live! to showcase their math rock. Math rock is all about highly technical guitar driven melodies, which basically meant each set was filled with ripping guitar solos. These solos brought droves of skater dudes in snapbacks and video game shirts out to Gas Monkey Live! to see Chon. It was a perfect venue for these musicians. They had two cameramen livestreaming up close shots of the bands onto two huge screens to give even the people in the back the chance to see some of the guitar work action.

Covet, one of the opening acts, was full of character. David Adamiak was dancing around like a complete goof with his bass and signature beanie, clearly enjoying himself and at one point ripping half his shirt off just for grins. Their lead guitarist, Yvette Young, balanced him out with a stoic stance and insane guitar solos. Her fingers moved like a pianist, up and down the fretboard with incredible dexterity. Tera Melos deviated from the theme of primarily instrumental sets. They make music of their own genre, songs that felt almost entirely made up of drum breakdowns and riffing. The instruments were distorted and experimental, including Nick Reinhart’s vocals. When Tera Melos wasn’t explicitly breaking it down, they often brought a strange but welcome variety to the sound of the evening Chon’s set was a complete hour of summer vibes and constant jamming. The guitars were clean and colorful against the groovy drum canvas. Songs like “Waterslide” were brimming with bright and sunny emotion. The crowd bounced in excited waves with the beat that was spread throughout the venue. Each band member craned their shaggy heads down, concentrating on their hands flying up and down their instruments. The audience loved the performance, and joined a band in the chorus to their final encore track.