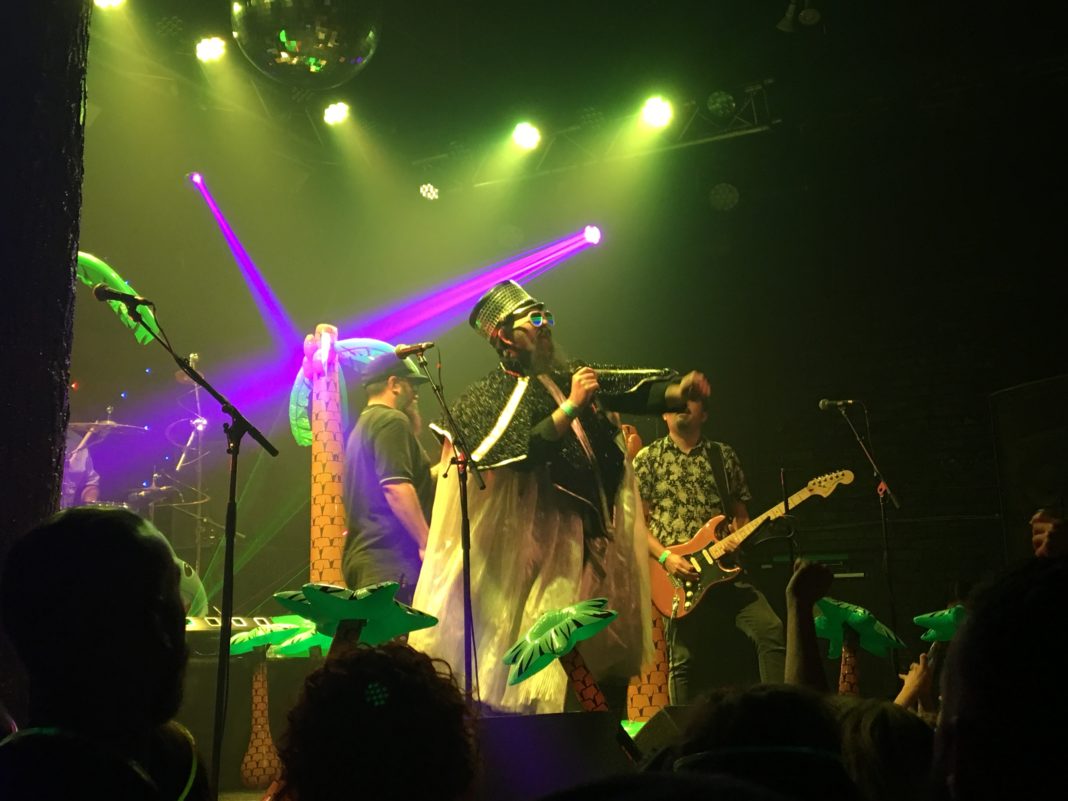 Those who took their time showing up to Trees last night missed out. Opening band The Boxer’s Brain immediately won over the small audience that had arrived early. With three dedicated vocalists and an array of instrumentalists, the stage was packed. Their melodic hip hop benefited greatly from the live instrumentation— there’s an energy and stage presence that can only be achieved with instruments on stage— an immediacy and rawness that made the group stand out. It was refreshing. The Boxer’s Brain was witty in their lyrics as well as their banter, and easily hyped up the growing crowd with audience interaction that never felt overdone. They played for an hour, and it flew by, despite being a long set for a first band. My first impression of The Rich Girls was that they were trying to be theatrical or wild, without really committing to it. It wasn’t until they declared themselves “the world’s 13th best Hall and Oates cover band” that I realized that they actually were a tribute band, and then it all made sense. Their stage behavior (they liked to lay down a lot) and almost-costumes (picture sailor hats, Texas flag shorts) instantly became excusable and more charming, since a tribute band playing straight covers and taking themselves too seriously isn’t going to be as fun. The crowd had really packed in at this point, and practically every audience member was singing along. They were stoked. The Rich Girls packed in all the best Hall and Oates hits, plus a few Simple Minds and Prince selections to change it up. While I’m not used to cover bands in the middle of a lineup, The Rich Girls’ nostalgia made sense for this summer bash. It’s easy to take local artists for granted, but seeing Ishi was a reminder that Dallas is lucky to have them. Ishi’s show is a full-on production: a colorful LED setup, inflatable palm trees and other summery decor, bizarre costumes like a creepy rabbit and what I can only describe as the matte, jungle version of Helado Negro’s Tinsel Mammals. Between the fog machine and dancing rainbow lights, Ishi’s atmosphere was immersive, albeit hard to photograph. Their smooth and funky electronic music featured a rotating array of on-stage members and never got dull. It was hard to hear the female vocalists in the mix on occasion, but there were enough exciting things happening in the bass end as well as visually that this wasn’t a deal breaker. With a production this solid, Ishi is beyond prepared to transcend beyond our local scene, but we’re thankful they still want to celebrate summertime right here in Dallas.