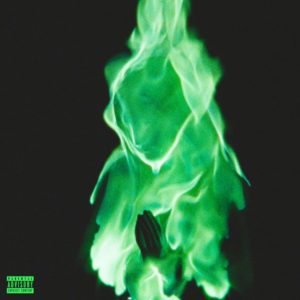 A.CHAL is a Peruvian-born artist currently living in California, where he first started his music career. Initially moving to New York when he was 4 years old, he struggled with understanding English. Music was “the only common ground” he had with other people. Now,  almost exactly a year after releasing his debut album, he’s released his sophomore mixtape, ON GAZ. It features dark, melancholic production, a mix of English and Spanish lyrics, as well as both rapping and singing from Chal.

The production on this project is one of its strongest points, despite Chal stating that he mainly focused on the lyrics. Chal himself had a big part in the production, alongside a few other producers, which resulted in a very cohesive sound. It’s atmospheric, moody, and manages to sound familiar yet unique. There are some Latin-influences due to his Peruvian heritage, which are apparent in the instrumentals of tracks such as “Perdóname.”

“Intro” sets the tone for this release, as a mix of atmospheric sounds are presented, with the sound of ocean waves breaking in the background. A similar beat continues on “Shadows,” which reveals the pensive theme that is prevalent throughout the mixtape. Chal contemplates past experiences, especially break-ups, as well as childhood experiences. One of the most introspective tracks on this project is “To the Light.” Chal has explained that the “light” is self-love, and he wrote it during a particularly bad break up that left him feeling guilty and alone. In order to get himself out of this low point in his life, he “found a way, to that light.”

Chal’s mix of English and Spanish lyrics makes him stand out, especially when he changes language mid-sentence such as on “Cuánto,” one of the strongest tracks on the tape. He starts out by rapping “En una cabana, you know this the hour/I’m breaking Cubanos, pongo marijuana,” but halfway through his verse starts singing “I remember bein’ six/They hit my tío’s spot for a lick.” This blend of different elements exemplifies what sets Chal apart from other Hip-hop/R&B artists with similar styles.

Despite the theme being consistent, for the most part it’s nothing new. Chal does a good job lyrically, but almost the entire middle of the mixtape is about exes. With the excepction of “To the Light,” these experiences have been told many times before. Although this is because Chal has explained that the entire process of making this release was really laid back, and took only two months.

Given how casually this project was put together, it’s very impressive. Despite Chal’s focus being on the songwriting, his production did not suffer at all. Due to the short tracklist, there aren’t any filler songs that were thrown in, and all 11 songs are worth listening to. Chal sets himself apart by taking inspiration from his Peruvian roots, and it would be very exciting to see him put together a more complete project with a more fully-fleshed out theme.