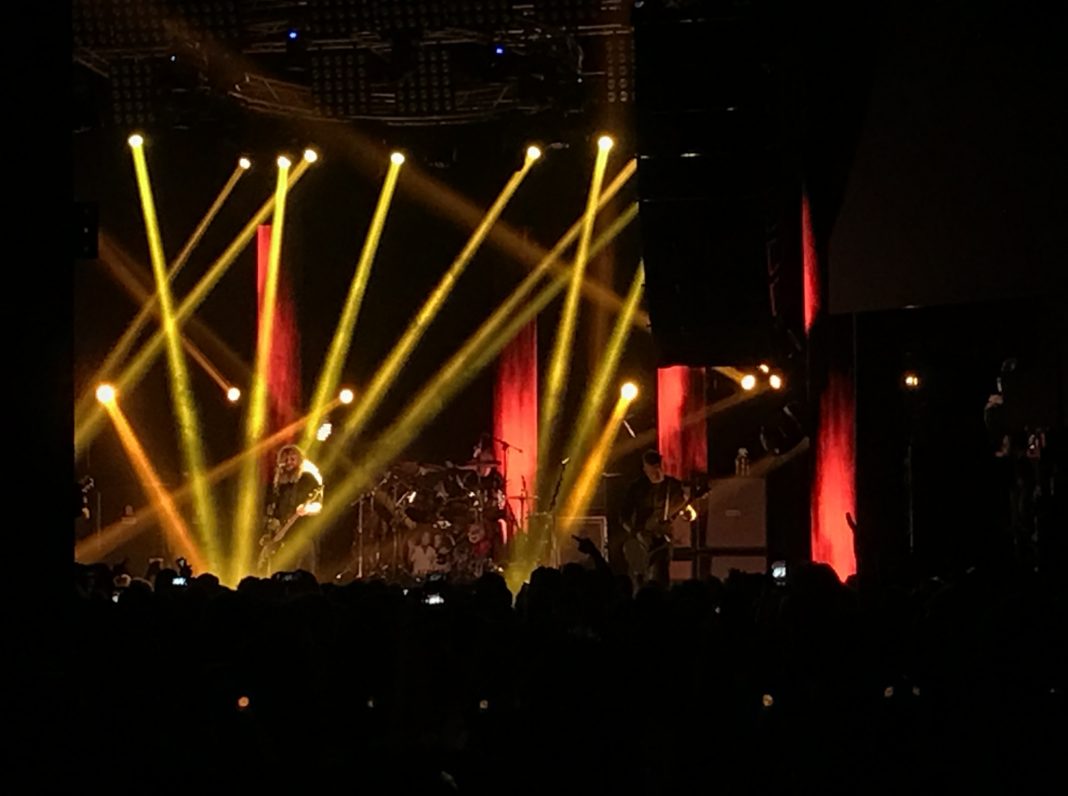 You walk into Gas Monkey Live and the first thing you notice is the ocean of black shirts with Mastodon and other popular metal bands written across them. But the strange thing is the opening band who has the most metal sounding name, Eagles of Death Metal, comes on and what do you hear? Not metal but a more garage rock and roll sound! Now while out of place, their energetic vibes certainly kicks off the night in style.

Afterwards Russian Circles comes on to give you the progressive metal sound you came to hear which is perfect to prepare you for the headliner Mastodon. When the members of Mastodon finally walked on stage and prepared the mob near the stage became ten times denser stretching all the way past the bar in the middle of the venue.

Immediately they kick off their set with a couple songs off their new album Emperor of Sand. After a few songs they interject with some kind words to the audience and move onto playing their classic song “Colony of Birchmen” which makes everybody in sight pump their fists into the air and cheer. But one thing that was surprising to me was the lack of a mosh pit. Curiously there wasn’t one in sight even though it’s common place at most metal concerts. But at the end of the night Mastodon made sure to keep spirits high by mixing in some of their older hits with the new album and all in all it made for a very memorable set.