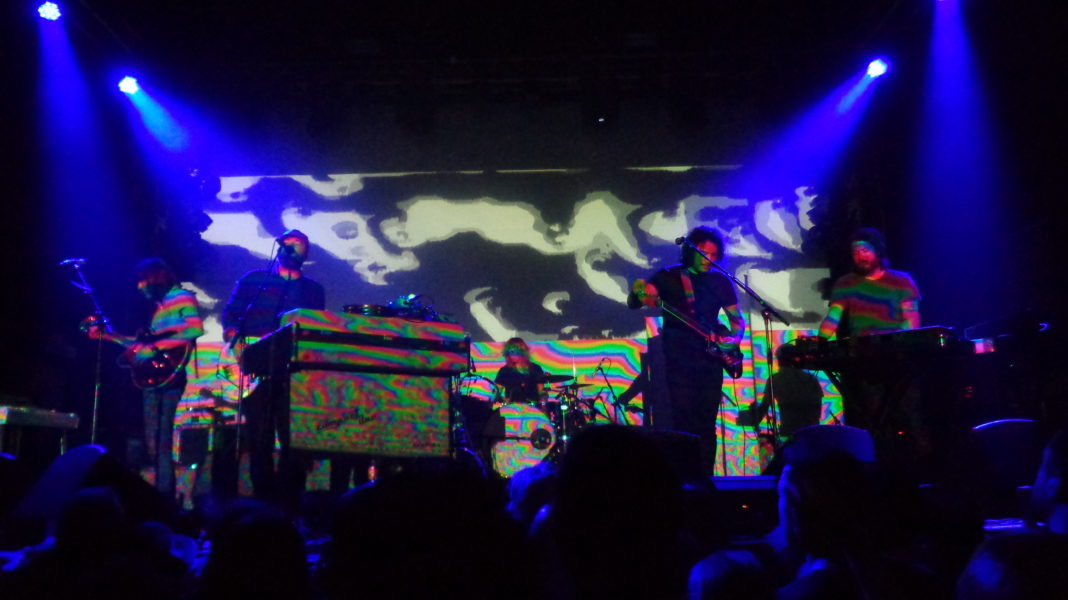 The energetic Brooklyn trio A Place to Bury Strangers (APTBS) kicked off the night with an onslaught to the senses. With grueling epileptic floodlights that were left just long enough to feel nauseous and volume that begged for earplugs, the NOISE rock band was memorable. They played several songs from their 2015 album Transfixiation and other singles like “Onwards to the Wall.”

Austin-natives Black Angels continued their Death Song tour at Granada Theater. While waiting for their arrival I turned my attention to side conversations, which were mostly drunken debates about Chris Cornell. Thankfully Black Angels ran on time and immediately launched into their single “Currency.” While most of their setlist was from their newest release Death Song, they also incorporated earlier favorites like “Black Grease” and “Entrance Song.”

While slightly less energetic but making up with a beautiful visual show, Black Angels kept the crowd in a trance-like state with Droste effects of the live band projected onto the screen among other disorienting kaleidoscopic patterns.  As bodies heated up around me and clouds of smoke filled the air I felt as though I was in the thick of some desert heat waves.  Alex Maas’s soulful vocals in “Life Song” made my heart ache and not because that ended their set for the night. After calling them back with a ruckus of stomps and hollers they played a couple more songs and closed with their single “Young Men Dead,” leaving the crowd in high spirits.

Black Angels put on an incredibly stimulating show lasting over an 1.5 hours, leaving me exhausted but happy to have my hearing intact.