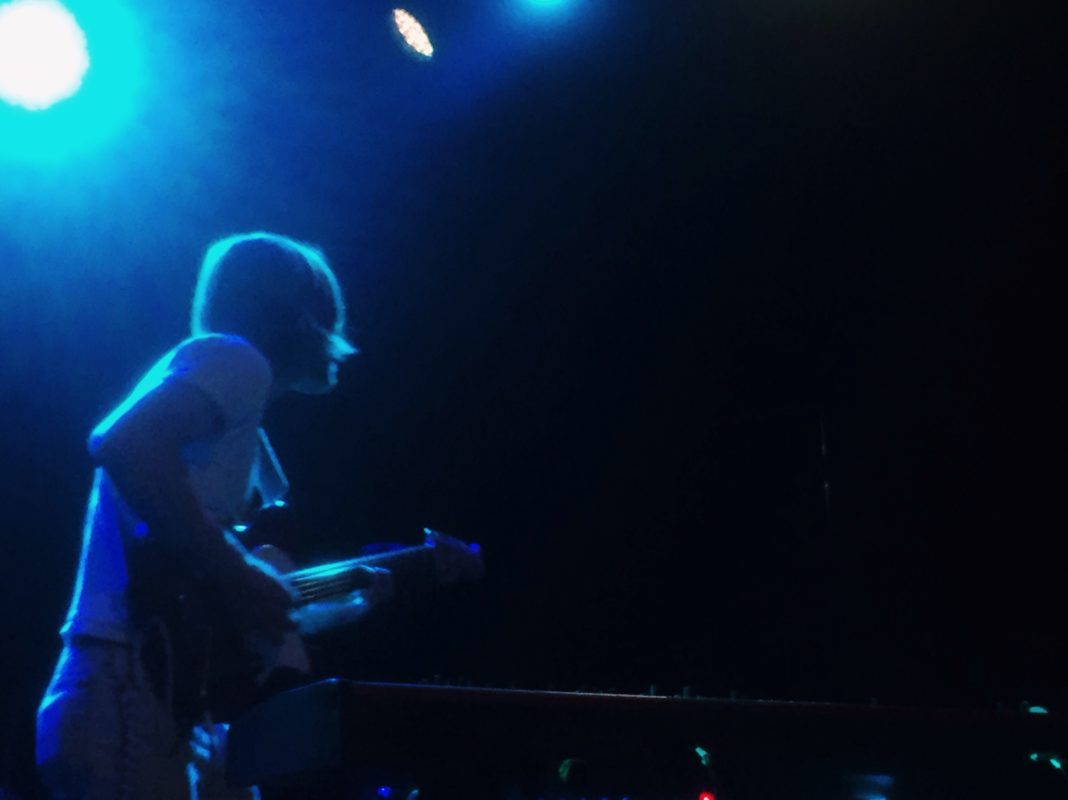 There was a palpable excitement within the room. The greeting committee with their energy and band synergy left the audience feeling good about the show. Good vibes were going all around, the young group being received well by even the latest of forties attendee.

The 20min frame went by quickly as Trees turned into a full house. With curtains closed the band set up, leaving the crowd curious as to why, but the second the lead singer Alaina stepped on stage we knew. The setup was very simple so it wouldn’t have been that, but she was a vision of the modern 60’s woman and was instantly captivating , and her understated husband in all white and burly hiking boots, they were just a vision. Their soft indie rock translated extremely well with the audience and the energy didn’t go down a notch despite the change in tone. Opening with “In The Morning I’ll Be Better”.

Wrapping the crowd around her finger with her movement, soft voice, and her charm she managed to not lose a lick of the audience’s energy as she pointed out her feed back being off so she sounded quieter to the crowd than to herself. Despite the pause the volume was not quite where it should’ve been but it was not distracting. Beyond the anticipation of seeing an artist you love, the beauty of concerts is how their music will translate. There was a funk to their repertoire that isn’t captured on their studio releases, leaving them to sound more vintage indie rock. The funk being more apparent in songs like “Ladies Don’t Play Guitar” and “Needle and a Knife” but surprising in “Never Work for Free.”

Not veering away from their sound, but opting to let it mature with each release made for smooth transition throughout the show without sounding monotonous. Building upon the energy gradually and peaking with their more well known hits “Marathon”, “Origins”, and “I’m Calling”. Choosing to close off the evening with “Bad Girls”, with just Alaina and Patrick allowing the crowd to sing along. Ending on a more intimate note was the right amount of cliche without being corny.