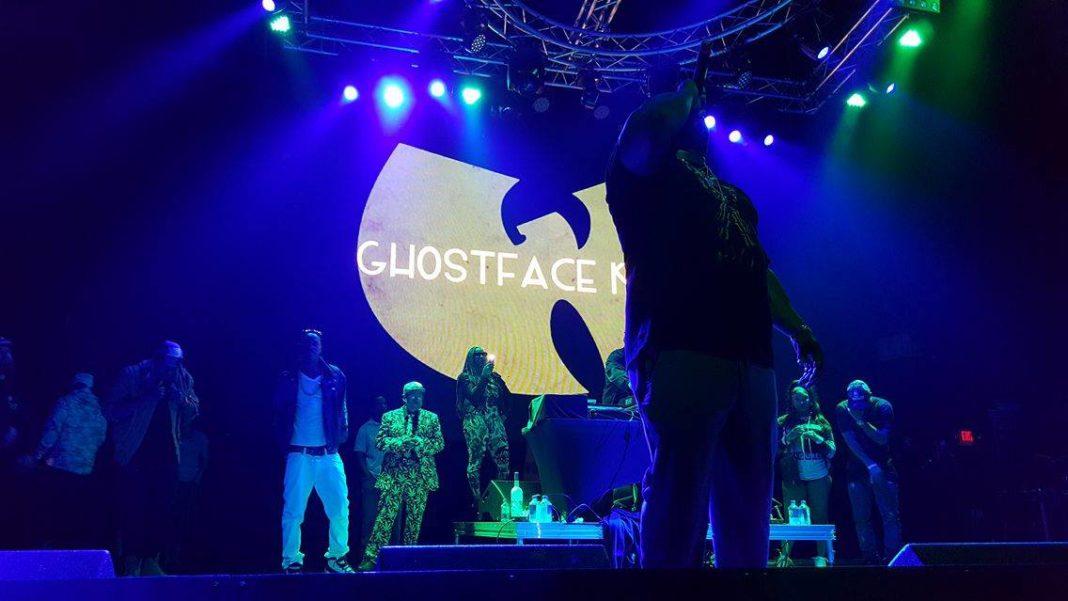 Wu-Tang Clan’s Ghostface Killah hyped the crowd at Gas Monkey Live on April 2nd, keeping old school rap alive. Starting the show was Dallas band Tree, having a jazzy, soulful tune with a young rapper dropping fast spoken word rhymes over the mesmerized crowd. Taking the crowd through her message, she ended her set with good vibes and the crowd swaying arms in the air. The Boxer’s Brain followed with attempt maintain high energy. Their music was funky and their rap was slick, sounding like a D12 revival band rapping about the music industry, weed.

Once Ghostface came in around 11:30pm and the crowd went crazy. His heavy opening track unleashed yells and movement as the backdrop glowed with the golden ‘W’ symbol and his name in the middle. Ghostface Killah’s crew stood behind on the stage, cheefing and passing large bottles of Hennesy and Grey Goose. With him on stage were Killah Priests backing up the legend on his low verses. The show had variety, letting Killah Priest do a silent beat freestyle which vibrated like poetry and put the crowd in awe. They took us back and offered two brave souls to rap his next song. The loser gets booed off stage. Wu-Tang fans volunteered and two were selected and impressed Ghostface and his crew so much, he kept them on stage for two songs. Ghostface then asked to bring the ladies up on the stage to dance with him. Women that volunteered were either too drunk or simply bold enough to jump on stage and grind on Killah Priest and dance along Ghostface’s crew. They kept it “bootylicious” to say the least. He finished with another classic and told the crowd that he will be standing on the corner to sign shirts and take pictures.