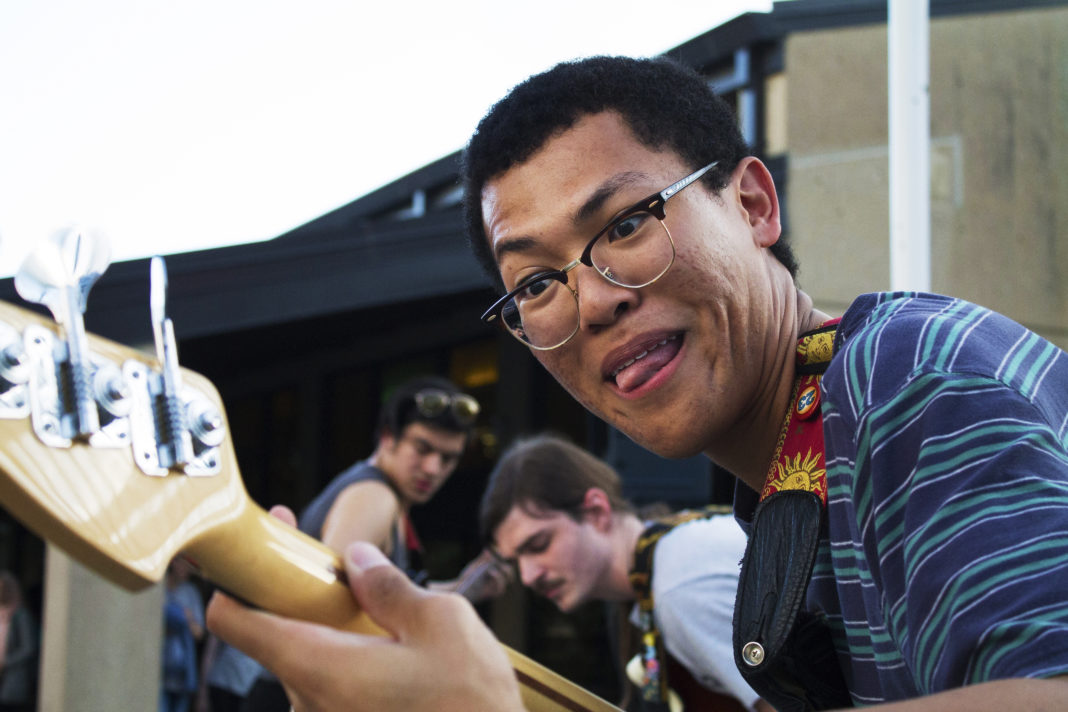 As Native Fox set up their gear, UTD students and visitors meandered onto the plinth and join in on the crowd. Soda-floats in red cups filled incoming people’s hands as they arrived and sat down. Native Fox finished, plugged in and mic’ed up to start their set and commence Radio UTD’s Local Music Showcase.

The four piece band had an all-too-short set, featuring various songs across their two releases. Beachy surf rock vibes emanated from the guitar melody of “Your Name,” the intro track off their latest EP. James Naylor sung in his falsetto as he played his guitar part and the band followed. The balance of power and lead alternated among all four members as they played other songs off Floor Model such as “Strep” and the epic “Glacier Freeze.” After the latter’s conclusion the energy reoriented to mellow with the conclusive and classic “Nothing Better To Do” ❤. Kamaron Black ruled on the bass and wow what would we do without him. 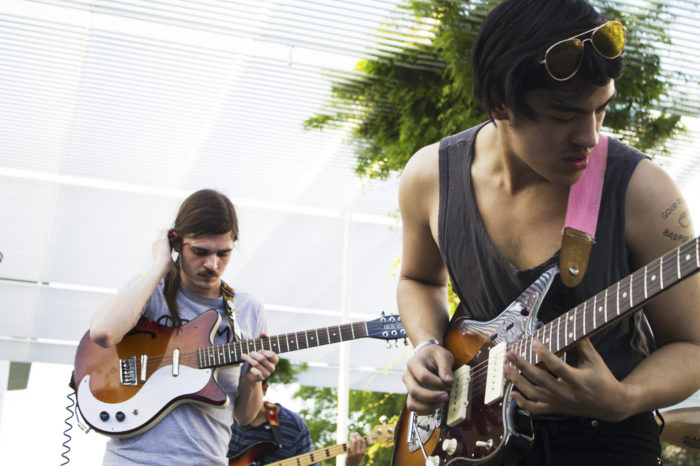 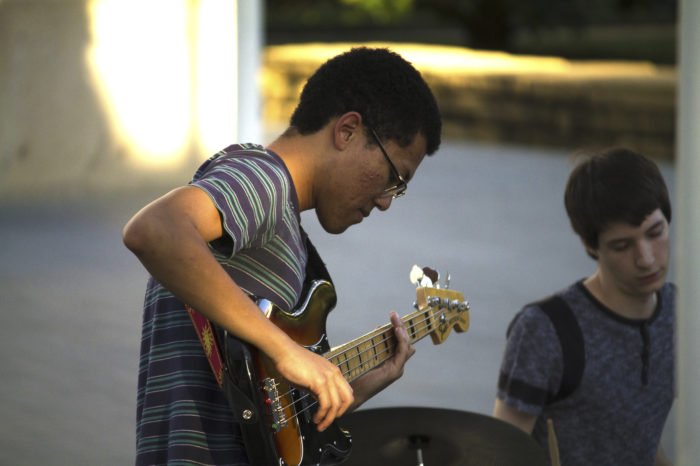 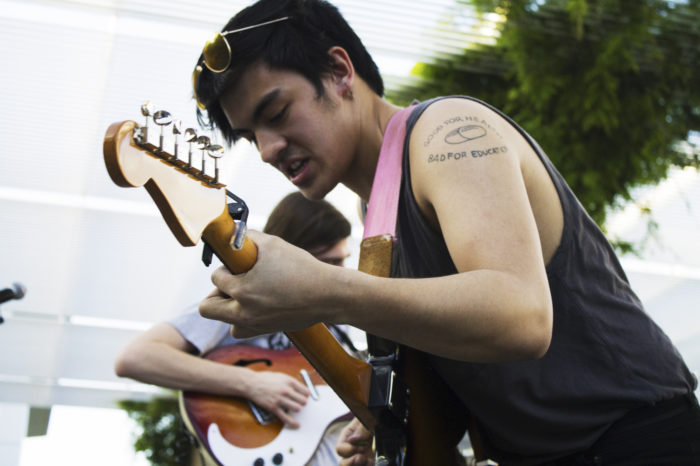 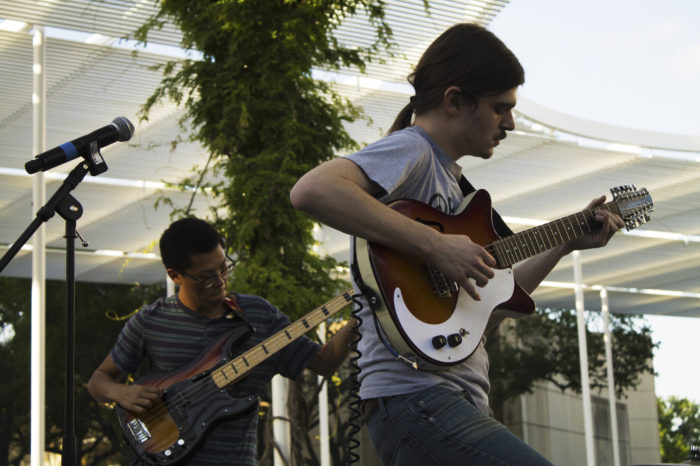 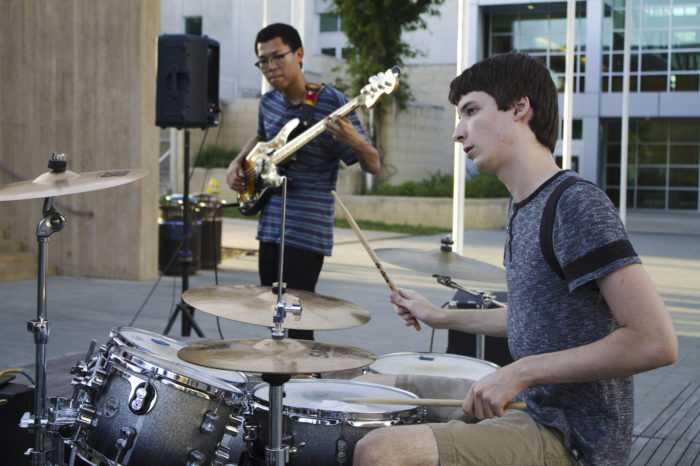 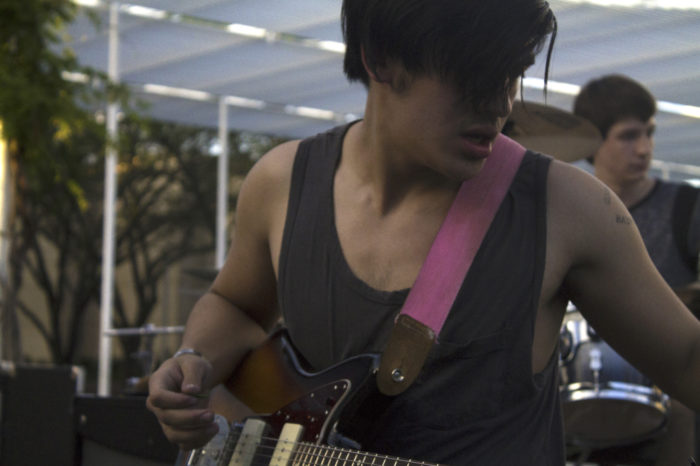 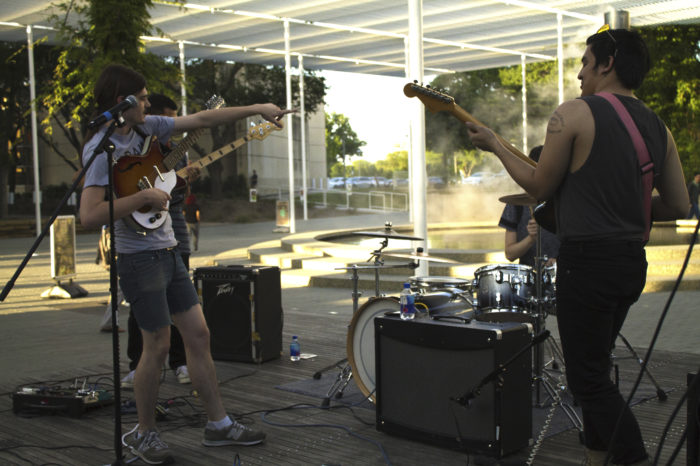 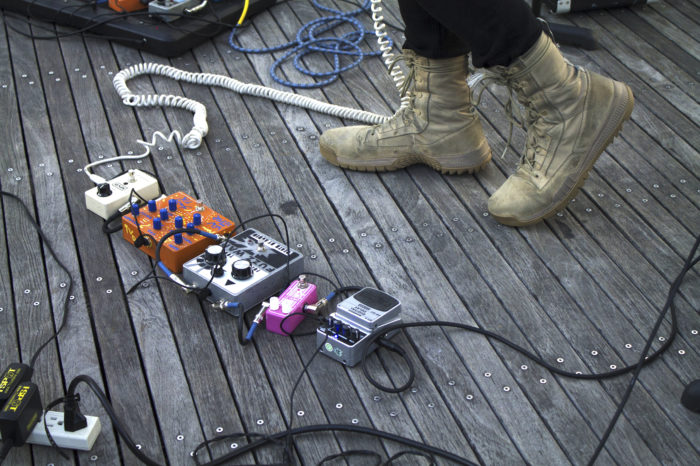 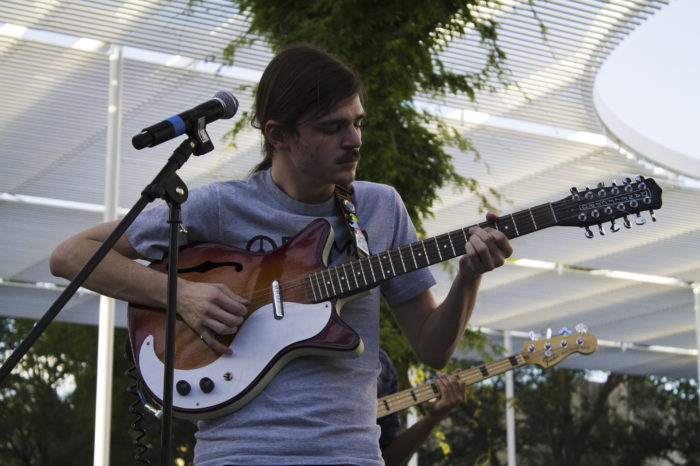 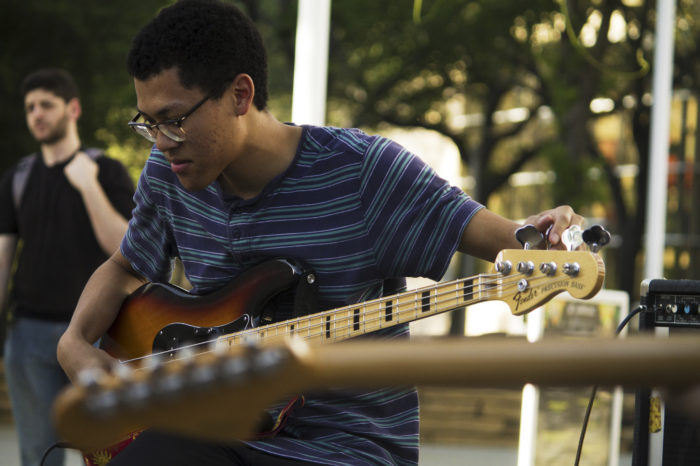 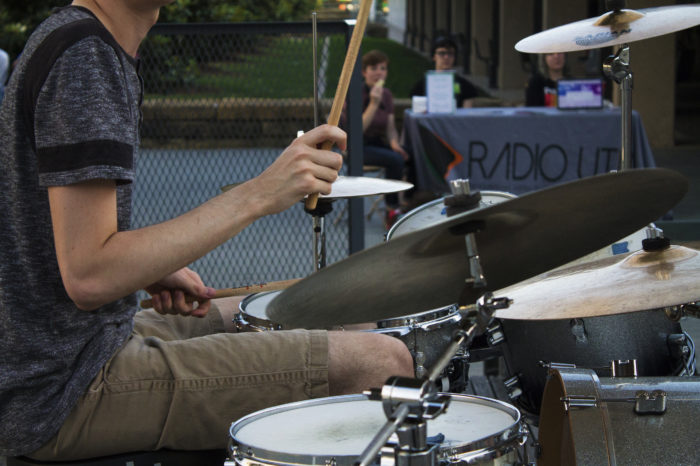 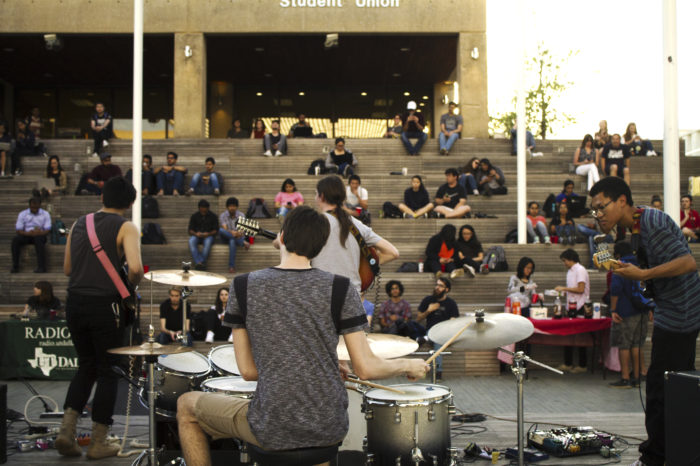 Following Native Fox were Houston duo LIL JSEAN and Aesja. The two skipped and sketched a b2b performance, trading raps for R&B and back again, over a range of beats. The two teased each other’s music and asking if the crowd was “ready” to hear it. Everyone nodded and they delivered.

The two were as fun and lively as you would think; sporting Kobe Bryant and Michael Jordan tees, they paced and hopped around with ad libs, rhymes and flares to their sets. Aesja’s admiration for Aaliyah was shown with her cover of a couple songs, followed with original R&B jams like the great track “Balance.” She also joined LIL JSEAN’s raps intermittently as LIL JSEAN stretched out his arms and strutted the stage. Spitting bars, his emotion was conveyed in the inflection and flow, and the energy persisted to the very end of their set. 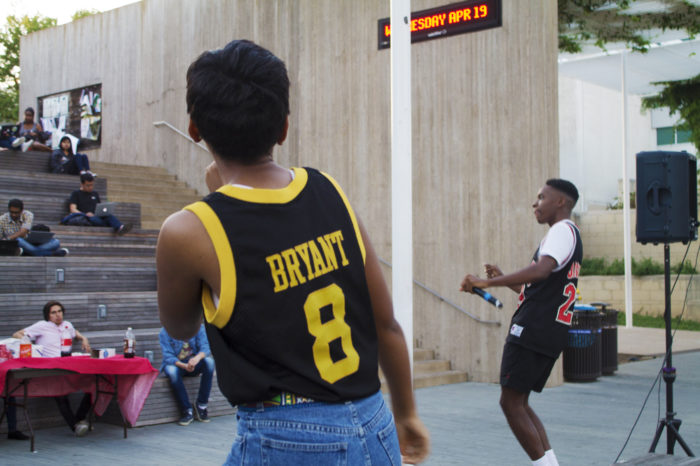 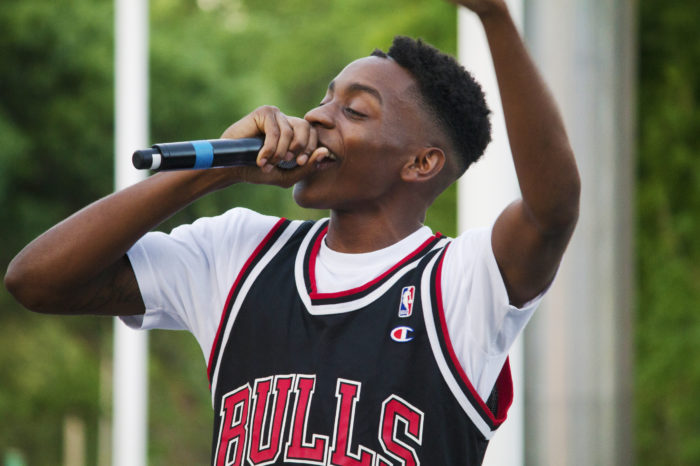 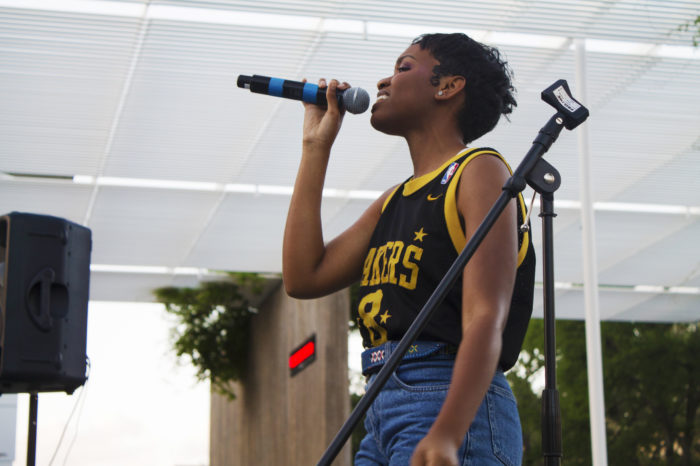 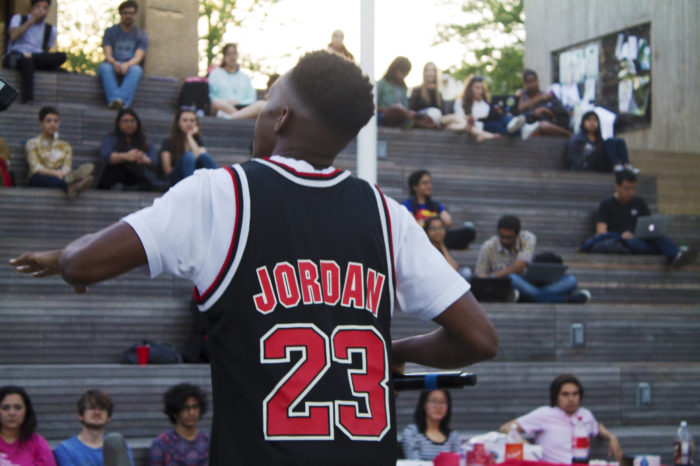 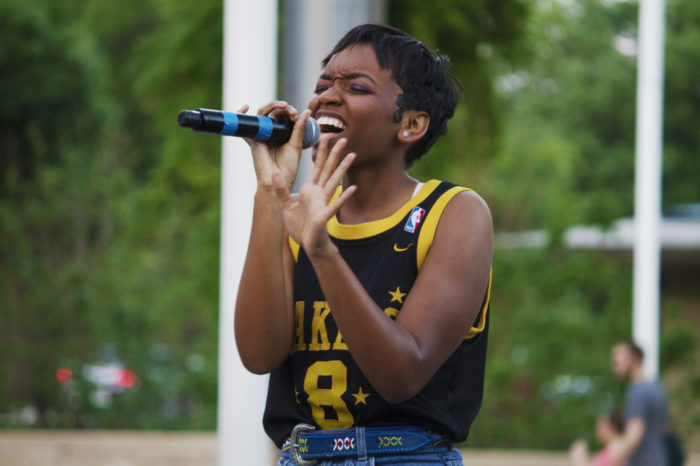 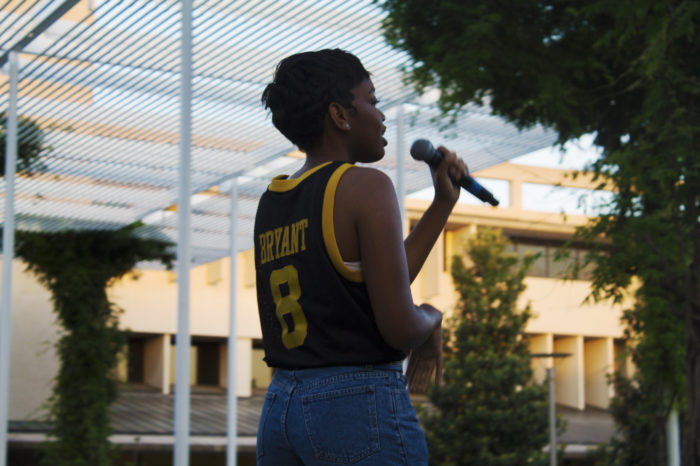 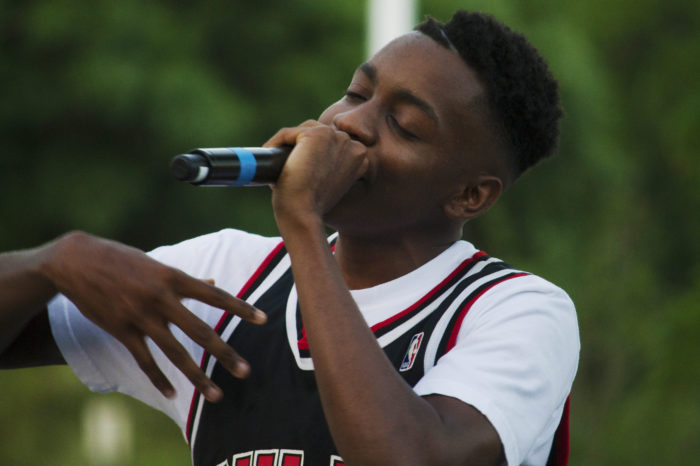