Home Reviews Event Reviews No One Alone at The Lone Bellow 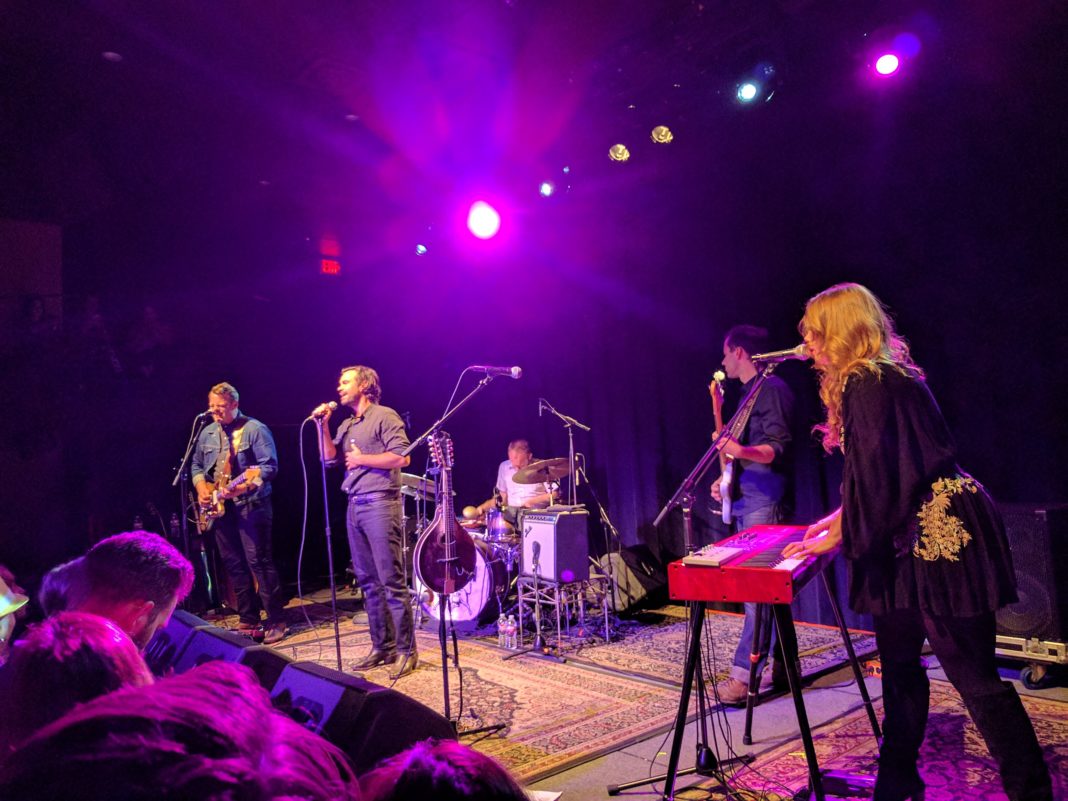 Slow-dancing, swaying and sing-alongs were all found at the Kessler Theater on the night of April 19th, 2017. Cody Huggins began the show playing soulful folk with just him and his acoustic guitar. He had a short and sweet set with his belting, charmingly imperfect voice carrying over flowing guitar melodies. Bee Caves, a soothing folk rock band, came on next. They had a full, harmonious sound with three guitars, a keyboard, a drum set, loads of other percussion, and very resonant vocals. A sweet vibration was created in the air by the powerful, euphonic music that lifted the spirits of everyone.

The crowd and energy had grown immensely by the time The Lone Bellow took the stage. They started with a few higher energy songs in which Zach Williams, the lead singer, raised the intensity by belting it out and giving the music his all. The crowd was giving the energy right back.

The Lone Bellow’s folky, bluegrass rock aided the creation of sing-alongs and swaying that ensued. A highlight of the show was when Kanene Donehey Pipkin, mandolinist and bass player, sang lead on a brand new song. She has an angelic, mellifluous voice that complemented the band’s set very nicely. Of course it was wonderful when Zach Williams sang lead as well, but her voice created a nice variety and contrast that kept the show engaging. After a little while, the keyboardist and drummer left the stage, so the three main band members, Williams, Pipkin, and guitarist, Brian Elmquist, were the only ones remaining. They performed a few soothing, acoustic songs, before the other members reentered and they all built the energy back up to a fantastic finish. The Lone Bellow were able to unite everyone in the room with their uplifting, melodic music for a carefree, convivial night.