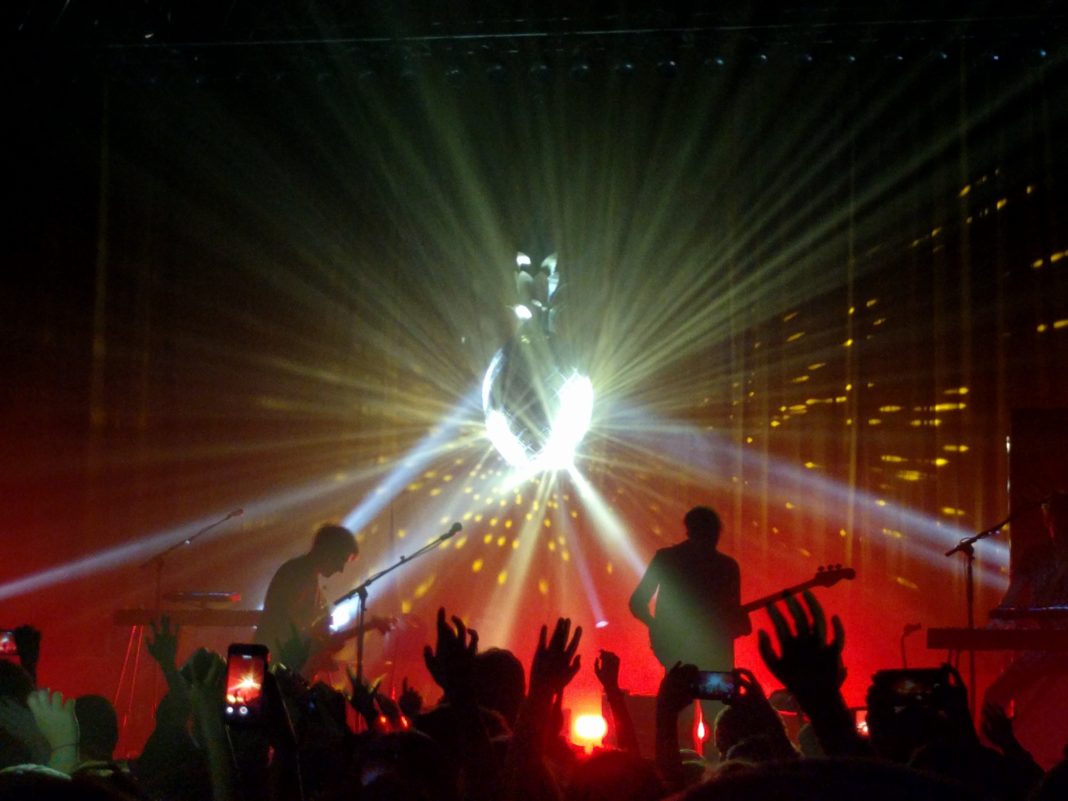 The first thing you noticed when you walked into South Side Ballroom on April 11th was smoke. Partially created on purpose in preparation for the outstanding light show that would follow, but I bet also helped along by the excited, easygoing mob that awaited the bands’ arrival. Jagwar Ma began the night with an electrifying set in which they kept the lively beats pounding away with little to no break between songs. The crowd toe jammed and head nodded to the pleasant rhythms, but it got somewhat repetitive after awhile. When Glass Animals came out, the intensity multiplied. Even though Dave Bayley performed a lot of his songs perched on a stool because of his broken ankle, he had wild arm movements and occasional bursts of dancing that built the energy. They began with older favorites like “Black Mambo” that got everyone jumping and jiving, and then played songs from their newest album, How To Be A Human Being, which all are lively and matched the life of the crowd. The light effects were equally impressive, a combination of strobes and spotlights in every color. There was even a giant pineapple disco ball behind them that created a radiant, spinning display because pineapples have become a symbol for the band.They put a homage to it in the lyric, “Pineapples are in my head,” in their song “Pork Soda,” during which Bayley held a real pineapple and then gave it to an audience member. Glass Animals ended their performance with an encore that still left the crowd roaring and questioning a second encore, but the lights turned on and the band left, leaving the audience hyped and happy.