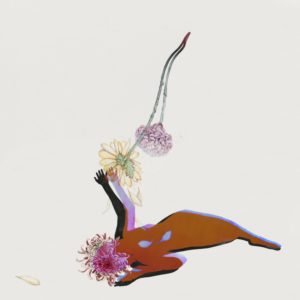 Future Islands’ latest project, The Far Field, combines a lot of the elements from their previous releases. Especially Singles and On The Water. Although the music is a similar style to Singles, an album that really represents the unique sound that Future Islands have created for themselves, it borrows the open feel of On The Water. The Far Field is a deeply personal album, with strong production and great vocal performances.

Sam Herring’s lyrics are autobiographical, and they detail experiences that he’s gone through. The lyrics of this album focus on a variety of topics, with the focus being depression, love, and how tour life has affected his relationships.  Herring has a way of beautifully stringing words together, and he packs every line with meaning, not letting a single breath go wasted. Lyrics such as “She’s a garden rose and blossoms head to toe,” on “Time on Her Side” express his feelings about a girl in a unique and creative way.

The album takes a very dark turn on “Through the Roses,” in which Herring sings about overcoming a bleak part of his life. Ominous lines such as “The temptation to look inside my wrist – it grows” stand out, giving the listener a peek into his thoughts. Luckily he was able to get through this dark time, and at the end he sings “Together/We can pull through.” In an interview with Crack Magazine, Herring explains that the “together” refers to the audience, because that’s who helped pull him out of this grim time in his life.

The production on this album is minimal, each song consisting of no more than 4 or 5 instruments. This lends to a very open sound, each line being played is given room to breathe so it never sounds congested, and Herring’s voice can clearly be heard, allowing his emotions to shine through. Synths are scattered throughout, giving Future Islands their unique sound, along with drums and an electric bass, and other instruments depending on the song.

Debbie Harry is featured on “Shadows,” and she was the perfect pairing for Herring. “Shadows” was written at the same time as Singles was being recorded, but the band could never decide who else to have on the song for the duet. Finally, one of their producers, John Congleton pushed for “Shadows” to be worked into The Far Field, and recommended they contact Harry for the part.

However, I think “Shadows” should have been the closing track. It has a dramatic feeling to it, quick paced, and hearing a voice other than Herring’s differentiates it from the rest of the album.  It would have been a good send-off, although “Black Rose” isn’t a bad closer either. “North Star” is also at a weird spot in the track list, although the song is consistent with the rest of the project, the transition into it is a little awkward, and would have been better earlier on in the album.

The Far Field is Future Island’s most refined project yet. The lyricism is excellent, the production is clean and interesting, and Herring’s vocals are overflowing with emotion. Although the track list could use a little improvement, as an overall album they have done an excellent job. Future Islands have combined the confidence of Singles, and the breezy feeling of On The Water, to put together an album that reminds me why I’m a fan of the band.