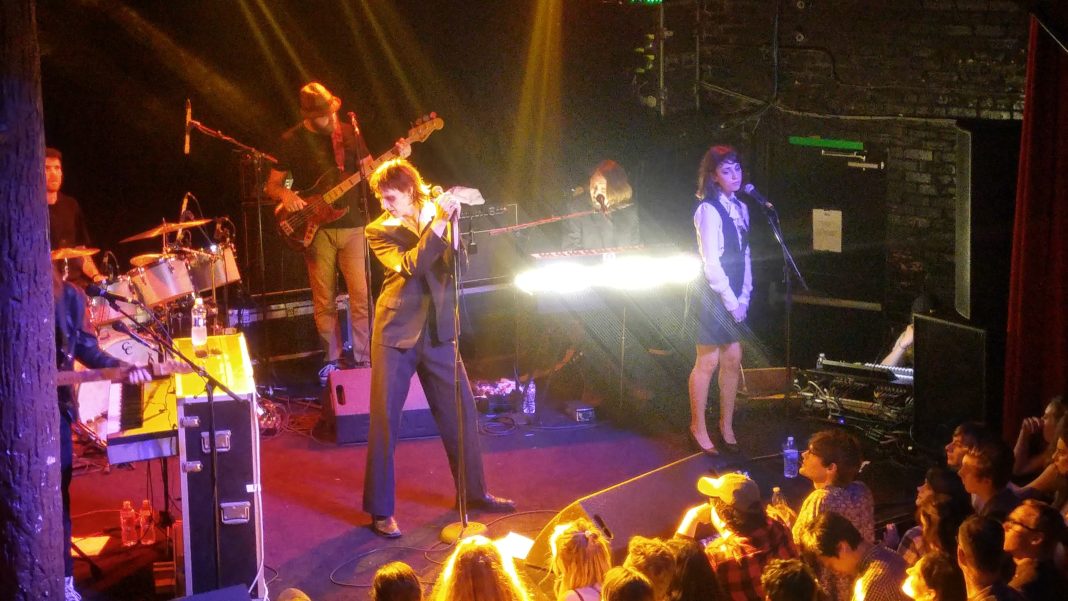 Gabriella Cohen opened up for Foxygen with slow guitar strumming and harmonious vocal melodies. They had an awkward stage presence, and repeatedly mentioned how they felt off and didn’t know Dallas. Despite the uncomfortable feeling and slower pace, their music seemed to fit very well with the retro sound that Foxygen would lay down later that evening. Foxygen got their huge radio singles “San Francisco” and “Shuggie” out of the way early into their set before surprisingly launching into an almost cover to cover rendition of their newest album Hang. While it is unusual to see a band play through a whole album, it fit their performance perfectly since Hang is very theatrical in sound. They circled back around to their earlier singles in the encore with “On Blue Mountain” and “No Destruction”, eliciting huge support from the audience. Foxygen brought a total of three different brass musicians to help craft their “big band” sound. Each musician rotated between different instruments, including trumpets, trombones, saxophones, and even a tuba. It’s not unusual to see one maybe two brass instruments included as a backup for a band, but three musicians is almost a full brass section.

The onstage performance Foxygen put forth was fantastic. Jonathan Rado was decked out in heavy face makeup commonly seen in theatrical performances. He was clearly having a great time as he and his backup dancer danced and moved with purpose all across the stage. Both he and the backup dancer briefly ducked off stage during instrumental solos to re-emerge in a new outfit, supporting the idea that this show was more of a performance than a concert.