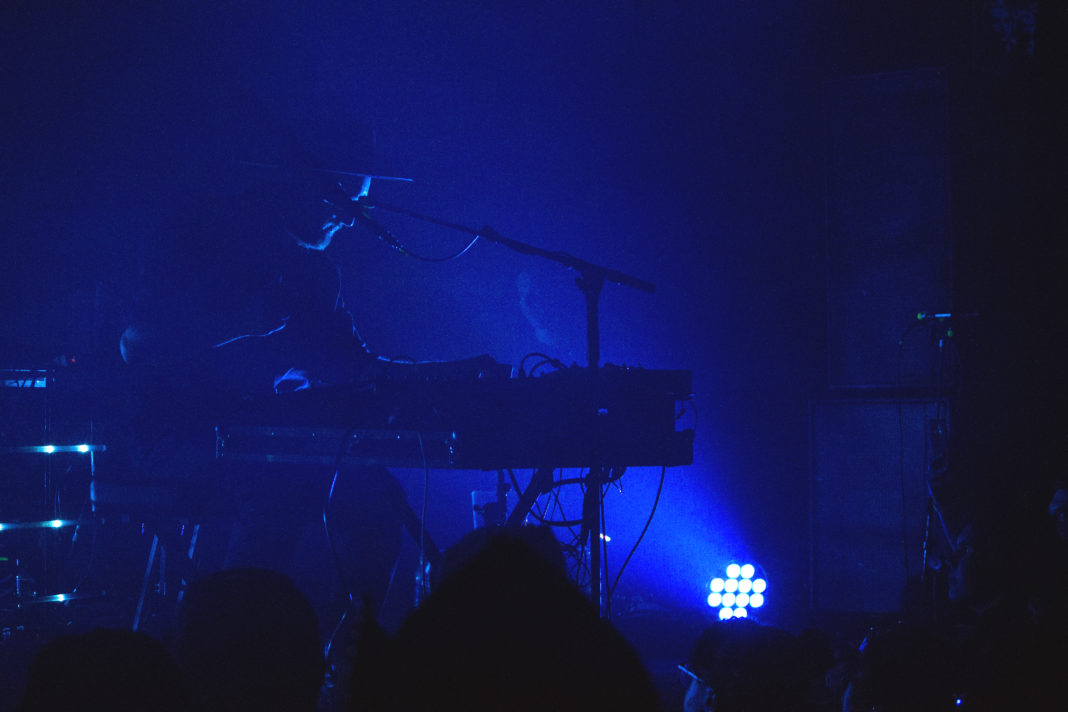 Trees slowly packed in as the hour for SOHN approached. Nylo just finished their set and made room for William Doyle. The aptly billed performer sported a minimal, one-man setup. He stood front and center on guitar, pad banks and laptop at hand. He mixed and swirled ambient noise out and into his songs, blending an interesting variety of electronic synthesizer and guitar melody. A lengthy gap between Doyle and SOHN lapsed before the curtains reopened. SOHN’s Rennen Tour showcases a synchronized light show and was well worth the wait. A massive backdrop of the album cover design stood looming over the empty instruments. Drums and other machines were soon occupied by the band, and finally Christopher Michael Taylor, SOHN, entered. His black wide-brim hat was expected to be worn and it indeed was. He sat down at his lead synth piano and motioned for his band to start on his command. The flash of the lights with the massive, alien voice chops of “Tempest” prompted SOHN to sing over and start the show.

With an impressive performance of soprano vocals drove the whole show. Heavy hitting songs were complimented by distinct vocals and rhythm, while slower, ballad tracks were subdued but emotionally raw from SOHN. The sound was equalized, loud, and listenable without any overbearing sections. Hits from Tremors like “The Wheel” and “Lessons” made a lot of commotion among the audience members, which the singer pointed. Touring on his latest album Rennen, which released January 2017, songs like “Falling” and “Signal” were optimized for the live show, the latter possibly being the most iconic of the evening. SOHN ended on “Hard Liquor,” the populace favorite, and concluded a surprisingly fantastic evening of music.