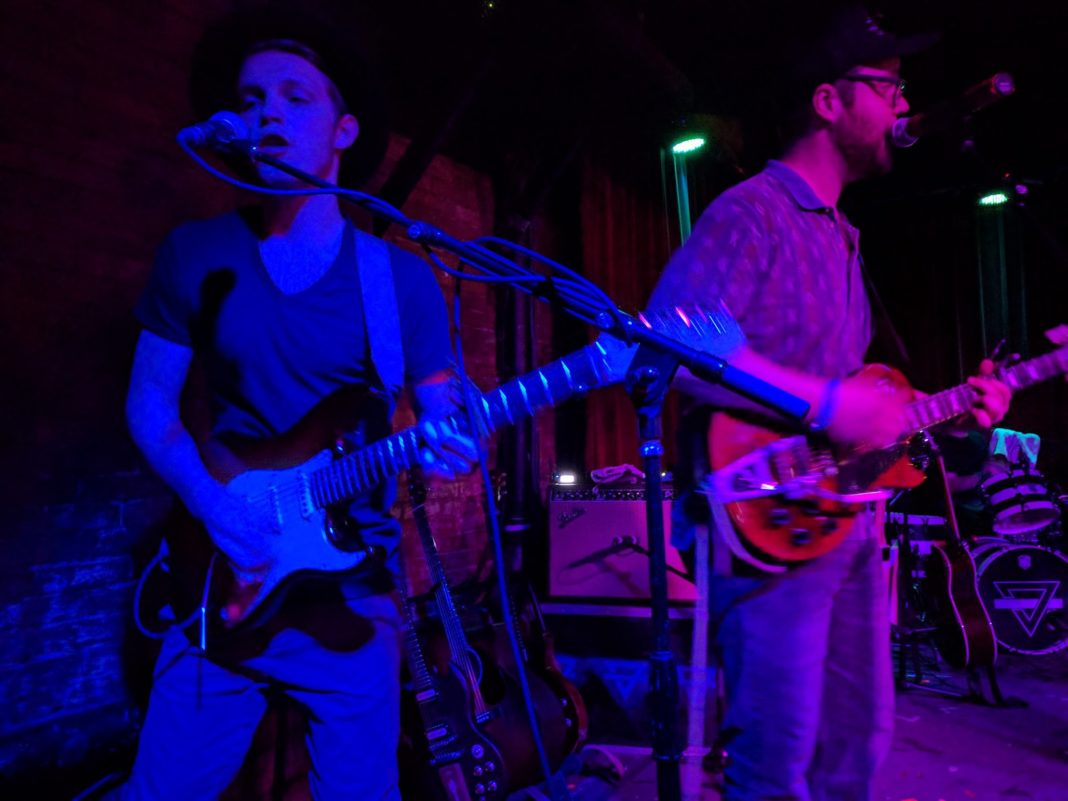 At this sold out show at Club Dada, the night began with the openers CAAMP, a folky duo that kept the music simple and joyful. They are just two guys, one guitar, one banjo, and a bass drum, but they had enough energy and passion while playing to keep the crowd engrossed throughout their entire set. They were reminiscent of mountain folk you would hear played around a campfire with the lead singer raspily singing over their plucks and strums that formed upbeat melodies. Rainbow Kitten Surprise took to the stage with a favorite, “Sailboat,” relaxedly beginning the set and building the energy in the crowd by starting with a song everyone could sing to. The lead singer, Sam Melo, built his energy over the next few songs, wholeheartedly dancing in ways that are normally reserved for the severely intoxicated in my experience, but his absolute confidence and extreme energy was contagious through the crowd, who were equally invested and energized by their music. Melo was seen rolling around the stage, frantically spinning in ballerina-like pirouettes, and even leaping onto the speakers that separated the crowd from the band. He effectively captivated the entire audience and some fans were so engrossed that they enthusiastically were reaching for Melo’s hair and shirt whenever he was in reach, which he repeatedly accepted with no complaints. The other band members backed his energy, especially the guitarist, Charlie Holt, who vibed and danced with Melo throughout the night. The drummer, Jess Haney, though backed into a back nook of the stage could be seen passionately and energetically pounding away at any moment, and his facial expressions were enough entertainment for the night alone if someone could manage to overlook the magnificent display of Melo. The night was a fun and fervent connection of music and audience that made for a spectacular concert experience.