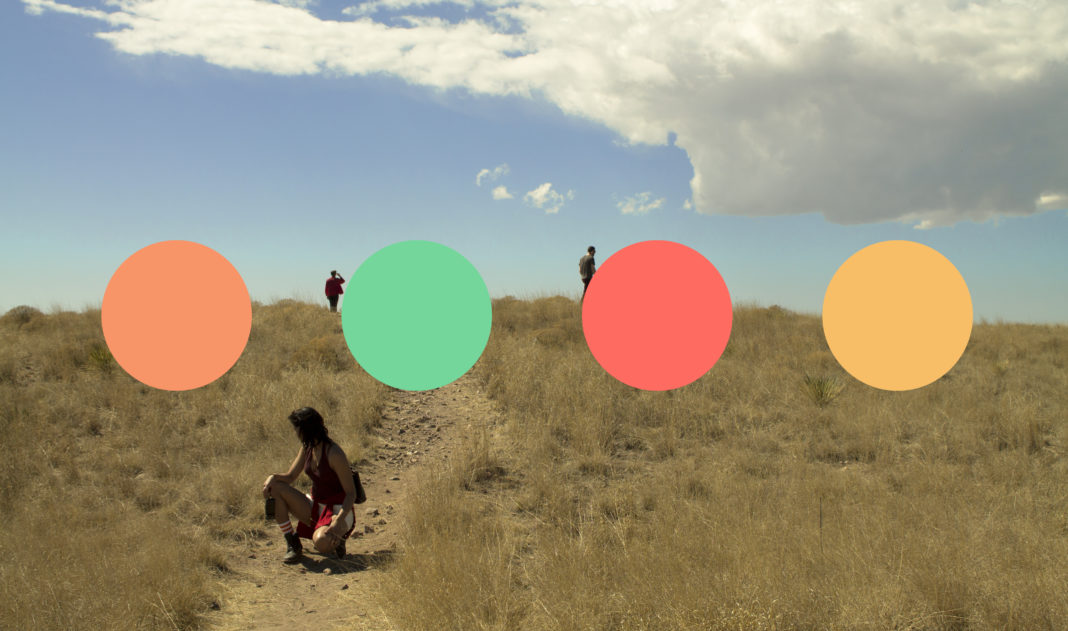 Drive west from Dallas, then Fort Worth, then Abelene, and it’s still not far enough. Way out in West Texas lies Marfa, a curious town which hosts the annual Marfa Myths festival. Over the course of four days, fans of art and music gather from the region, busying the small town and soaking in the sights. The beautiful desert landscape of the surrounding area bolstered the feeling of openness and artistic wonder which the festival achieves, mirrored in the line up of musical acts showcased on the Saturday of the fest. Music for the fest featured a wide range of styles – dizzying tunes from Idris Ackamoor & The Pyramids, grooves from the Chulita Vinyl Club, therapeutic meditation from Botany – but there just wasn’t enough time to see it all. Radio UTD got the privilege of touring the town, galleries and performances of Marfa Myths, so read below for some Saturday highlights.

Julia Holter’s opening set for the great Pharoah Sanders nearly moved the crowd to tears perhaps four different times. The noon-day chatter was silenced by Holter’s opening A cappella hymn – the Saint George Hall was now transformed into a blissful haven for all Marfa Myths goers. Holter’s avant-pop, piano accompanied music emulated the warm kiss of the Marfa sun and harnessed the power of the desert’s gusty midnight-hour winds. Her performance was a perfect fit for the enigmatic festival – the crowd applauded in sharing a goose-bumpy, emotional connection with the incredibly talented artist.

“I’m sorry, I’m really nervous playing before Pharoah Sanders,” Julia Holter confessed to the audience mid-set. For the next hour, her nervousness was justified before us. Pharoah Sanders, the 76 year-old avant-garde jazz legend, hobbled on stage to the roar of his backing band. He made no eye contact with the audience, only with his saxophone. As he pulled his instrument to his lips and let out a few expressive notes, the crowd silenced, captivated by the sounds of the Pharaoh. Despite what appeared to be issues with Pharaoh’s monitor on stage, his playing sounded impeccable and truly other-worldly. Throughout the show, Pharaoh sat and let his band play through mind-bending technical Jazz solos as he closed his eyes and listened, like a king, silently judging their skills until they had proven themselves worthy of his entrance. As the set came to an end, Pharoah jigged around the stage and called out to the audience with a seasoned voice. Watching the Pharaoh play before us felt like something out of a myth. Pharoah Sanders’ performance was undoubtedly one of the smoothest and most energetic of the weekend.

Several hours later, festival goers moved to The Capris for the string of night performances. The bar/event space had a filled floor, colorful lighting and stacked electrical setup, fit for the Norwegian art-pop, electronic artist Jenny Hval. Her emotive performance expressed grievances in the world, powerful lyrics in spoken and sung form and to hefty production. Hval worked the stage, bouncing frantically to build ups and twirling her fleshy, bulbous accessory in the air. Joined by her bandmate, the two danced to the progressive rhythms, only from a handful of tunes, for an all too short performance. The music was rich, loud, and varied from the rest of the artists at the festival, making Jenny Hval one of the most impressive of the Marfa Myths lineup.

Long, low moans of the wind echoed through the dark desert sky as an anxious crow awaited the performance of Weyes Blood. Well, at least most of the crowd – those standing in the back were un-enthused by the moving performance of Weyes Blood and trying their best to hold conversations as loud as possible. Alas, the great performance went on. Weyes Blood’s sweet vocals could soften even the sharpest edge, playing with guitar and gentle keys. She would eventually be joined by Perfume Genius singer Mike Hadreas. The two friends went on to provide the crowd with a moving rendition of Roy Orbison’s “Running Scared,” a fun highlight of the evening. After other duet-esque songs, Perfume Genius and his proper band assumed the stage and finished off the evening in eclectic noise and fashion.