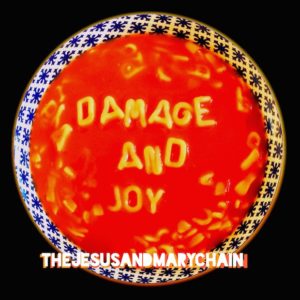 The iconic 80s noise pop group, best known for their single “Just Like Honey” which was featured in Lost in Translation, just released their seventh studio album after a 19 year hiatus. The Jesus and Mary Chain was formed by brothers Jim and William Reid (lead singer, guitarist respectively) in 1983.  They drew their influences from experimental/punk groups like the Stooges and the Velvet Underground, and pop groups like the Beach Boys and the Shangri-Las and fused these influences into what we know as noise pop — dissonant noise and feedback mixed with pop melodies.

The Jesus and Mary Chain’s use of sloppy distortion (using techniques such as untuned guitars, drum sets consisting of two drums, and a bass guitar stripped down to two strings) is explained by Jim Reid’s comment in a 2015 interview that “We’ve never been fussed about technical ability.” Jim and William Reid went their separate ways after the dramatic end to a show in late 1998 and went on to pursue their solo projects Freeheat and Lazycame, respectively. They reformed in 2007 and since then have been performing both old material and works in progress, all leading to the conception of Damage and Joy.

As one would expect after a long hiatus between albums, The Jesus and Mary Chain’s sound has changed. Unfortunately their sound on Damage and Joy has gone towards the bland. While it incorporates The Jesus and Mary Chain’s signature use of noisy feedback and morose lyrics, this time it is also accompanied by a subdued energy as seen in the repetitive song structures and lyrics. Most of the songs in the album are fairly unremarkable with the simple chord structures accompanying Will Reid’s deadpan voice. The album starts off with  “Amputation” which starts off with distorted wailing guitars and Will repeating “I’m a rock ‘n amputation.” The lull is broken in the middle of the album by “Mood Rider”. Its drawn out development and sludgy riffs grabs the listener’s attention but it is quickly lost again in the second half of the album. While Damage and Joy contains catchy songs, it is fairly dry.