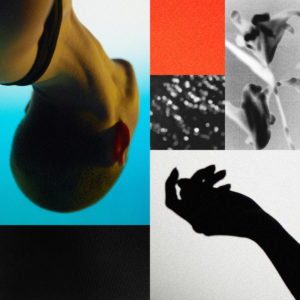 You’re walking into the venue and the door closes behind. You’re already a little inebriated —  maybe a lot. The thud of the walls pushing against the bass of the sound system turn into the boom that is anticipated, or expected, when the kick drum hits your ears for the first time. That exultant feeling comes with many songs, too many to count in fact, and that’s the beauty of the dance scene. The euphoria of the club and the music it embodies has a feeling that can be recalled and achieved repeatedly. Jacques Greene tapped into this idea long ago, refining his senses towards dance music since 2010, and now the producer undertakes the laborious task of a debut album with Feel Infinite.

That feeling hasn’t really changed much since his beginning. Greene’s remix of “Body Party” still contains many of the same intricacies of rhythm and synth design which Feel Infinite employs. For instance, “You Can’t Deny” piles onto itself with a lead riff to a house beat, followed by buzzing sub and then vocal sample chop – a parallel to the 2010 remix. But, this isn’t the point of Greene’s debut release. The culture of electronic music, particularly in the club communities, doesn’t dissect sounds and layers of audio for the next future sound – if that were the case then the genre would have died within five years after Frankie Knuckles invented it. For any notable song, our recognition of its producer is almost always near the point of hitting play, and that’s just how it is. We know these are Jacques Greene songs through and through, but Jacques Greene made Feel Infinite for the purpose of encapsulating that feeling of youth, freedom, acceptance, and bliss. To several degrees, he does that.

The album is an ode to the club as well as designed for the club. “Real Time” and “To Say” evoke that classic sensation of a house track, structured to be strung together from the previous rhythm into the next and ready for the decks. What is novel is the cool, distorted bass riffs which drive the tracks. Their tones are full of attitude with a boldness in their bass-lines and intent to make you move. It’s only appropriate. But nearly half the album extrapolates on the subtler side of dance.

There’s a shuffle between heavy rhythms and progressive, ambient sound across the album. “Afterglow” is a demanding track which gives the individual a second wind after the lights turn on and the party after begins, but not lightheartedly. The buzzing minor chord synth which sits in the background steers the song into darker grounds, but maintaining its energy, implying the variance in how that “after” moment can be perceived. This contrasts tracks like the opener “Fall,” “Cycles” and “Dundas Collapse” which stray far from house music but expand on the inky, dimmer side of electronic music from Greene. It’s like watching lights change colors on and off and syncopating to a rhythm, versus a distant flicker which only grows over time only to subside at the end of the day.

The stand alone feature of the album “True” brings out How To Dress Well for the contemporary trend of future R&B vocals. The fusion of electronic production with this style of vocals and lyrics have refined overtime, which How To Dress Well shows, and its nice to have that lyrical emphasis on Feel Infinite. There’s a mild distraction with this though; a full idea was already present in the variety of the track list, given the context to Feel Infinite.

That emotional chasm, though, is conquered by Greene with his music, particularly on Feel Infinite, which offers the most variety of mood and rhythm to date. The Montreal producer stated himself that this was a personal release and its evidence shows on its subtler tracks. From start of the album he sets up the state – the scenery, the lighting, the orientation – and its dramatic diversity proves to be a debut to be reckoned with. Too often we see producers lean to pop-centric, earworm music making, but Greene avoided that altogether. Feel Infinite is the latest of official releases from notable DJs and has a purer, relatable message to come with it.