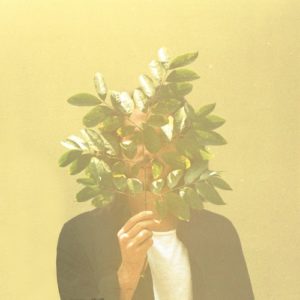 The history of French Kiwi Juice (popularized as the acronym FKJ) starts around the early 2010s. The dance boom of soundcloud-era artists frantically rushed to release their latest  gems; the four-track EP was rapidly evolving into a streamlined and expected endeavor, whether the internet of aliases were pressed to release one or not; the music label crops of friends and groups within same cities erupted in accord. And then there’s Vincent, the funky, dread-locked Parisian on the guitar and Rhodes piano, just putting out music so distinct from the horde it got picked up almost immediately. Vincent Fenton found his home at Roche Musique and has steadily refined his dance-oriented funk and soul to slow and smooth production as FKJ, the artist, culminating to a five year evolution that is now French Kiwi Juice, the album.

The obvious assertion with the full length is a near-and-dear release to FKJ, staying close to the newer phase of his music which impresses a focus on instrumental layering, improvisation and, most recently, singing. Irrefutable musical aptitude is on display, but what makes French Kiwi Juice a special release is the balanced and un-compromised chemistry within his production.

Unfortunately, the track list is a grouping of songs which follow a formula. Much like his live sets, which feature an abundance of sounds, samples, riffs and notable skill, the construction of each song is assembled like blocks to the full product and a climactic moment in its chorus like on premiere single “Better Give U Up” or “Canggu.” The funky twang of the guitar chords flick in and out underneath clean, fluctuating synth, whaling saxophone, and the drums kick hard to a satisfying bass riff – time and time again. It’s hard to be upset with these over-consistencies, but that’s the love and utilization that FKJ has worked up for himself, and nearly perfected.

But songs which break the mold come into fruition, like “Vibin’ Out,” a stand out showcase of his beloved friend June Marieezy, aka (((O))), who is featured as ad lib and harmony throughout the album. The ballad, soulful performance is soft and dreamy and expands the vocals of the album to a great degree, emphasizing the production value and choices made as well.

Quickly following this is the brilliant and pleasing track “Blessed,” only contended closely by “Joy” in speed and sound. Prior on the album, songs lacked proper fusion. Albeit the songs are fully fleshed out, “Blessed” brings forth the grandest and funkiest jam style without the jam-approach, indicative of a urbane electronic/funk producer.

Perhaps nothing bests the classic and renown “Lying Together,” however, smartly fitted onto the album. The congruent addition, initially released in 2012 and an instant success, completes the life cycle of FKJ new and old. The intelligent design of bending synths with vocal chops loop for a bona fide and stylized mid-tempo dance track. And like any artist aware of their own hit, it comes equipped with a prequel “(Interlude)” for accompaniment.

It’s better to see French Kiwi Juice as a ‘focused’ album rather than limited. The twelve tracks are well-thought and from an impassioned man of music, pulling from jazz and soul of artists of various times. The Parisian seems to have found a healthy and supportive friend group, embracing his musical style and success, and Vincent Fenton is lucky to have an internet of fans to support his music for years to come. FKJ’s debut marks a time for him as a virtuoso, straying from four-to-the-floor rhythms and habits of his older sound – The Twins (2012) or Time for Change (2013) – and more closely to Take Off (2014) and probably the future.