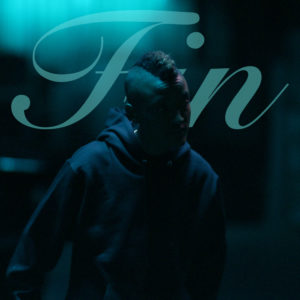 Traditionally, it seems that solo projects come as an artist’s main act begins to wind down – when the schtick has played itself out and a band’s members are looking for the exits. But the six members of The Internet, one of Odd Future’s many outcroppings, have no intention of slowing their collective roll. In their eyes, breaking off to work on solo material is a divide and conquer mission with the aim of reaching more ears, and more ears means bringing in more fans for The Internet and it’s subsidiary projects. Syd’s Fin is the second of these offerings – nestled in between keyboardist Matt Martians’ The Drum Chord Theory which was released last month and guitarist Steve Lacy’s soon-to-come LP – and brilliantly shows off a new side to the chill crooner.

Fin plays out like a collection of individual journal entries that cover everything from the serious to the sensual and paint a picture of the quintessential twenty-something navigating their way through life and love. Throughout, Syd muses on an assortment of universal themes that give the album a certain degree of personal relatability for us in the audience – a mood that’s strengthened by familiar treads through some now-classic 2010s hip-hop sensibilities. “Got Her Own” is almost Drake-esque with its woozy production and reverence towards a powerful-but-walled off object of affection (“Heard she drive a Beemer and she got it on her own / Heard she was a dreamer but she’s sleeping all alone”). “All About Me” makes a dip into the trap stylings we’ve grown accustomed to in recent years, but in a restrained, artful way that rings true to the rest of the album’s subtlety.

Sticking to familiar themes and sounds might seem like it could be constricting, but there are some moments on the album that venture into somewhat unexpected territory. Flashes of The Internet’s jazzy sound shine through on “Dollar Bill” – a lowkey strip club anthem that leans into its funky swagger. Towards the end of the album though, the mood shifts. Breakup-oriented “Over” and “Insecurities” are markedly different from the rest of the album’s fixation on good times and good friends and serve as a potential direction for a more existentialist followup at some point in the future. For now though, the comparative wholesomeness of Fin as a whole is a soothing balm for these sore, cracked times.

Despite it’s name, Fin is far from a curtain call and will no doubt accomplish the aim of reaching a more pop-attuned set of fans. Sexy without being raunchy and confident without being self-congratulatory, there’s a preciseness to Fin that makes it apparent Syd works with a steady hand. Plus, it’s just downright refreshing to see an artist whose solo work is up to par with their work as part of a collective. Syd’s unique perspective is a welcome addition to the bustling landscape of R&B, and Fin is helping to kick off a promising 2017 for the genre.