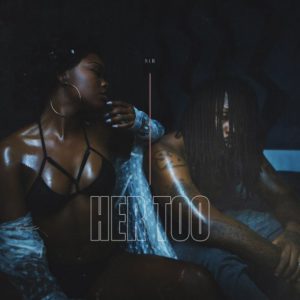 Top Dawg Entertainment is notorious for not doing a good enough job marketing most of their artists, other than ScHoolboy Q and Kendrick Lamar. SiR’s case has been no different. Only recently signed sometime last year, nothing was official until last month with the release of his music video for “W$ Boi” and the TDE YouTube channel. The new EP, Her Too, a sequel to his last EP, Her, came equally as late. It was announced just four days before its release date. This meant that it was not marketed or advertised very much, and despite it being a short EP, and not a full length album, a new artist like SiR needs more promotion in order to get the attention he deserves.

Her Too is a soulful hip-hop R&B album, with slow relaxing beats. SiR’s voice calmly flows, stylistically similar to Her but with slightly darker production. The beats are rich and have strong basslines, and despite its simplicity, they allow SiR’s voice to carry over and push the song forward. Her Too is all about love, and SiR’s wife being his biggest inspiration behind it this followup release and its evidence is in the songs.

As a songwriter, SiR does an excellent job of self expression. He has some creative lines such as “Girl I don’t know where to start/You’re such a work of art/I’m just here to add a little color to the canvas.” This creativity proves itself on songs like “W$ Boi,” which is a modern take on the Romeo & Juliet story, – a device used by many artists to the point of ad nauseam – where the song is catchy, engaging and a pleasure to listen to.

“Don’t Call My Phone” is the track that stands out the most out of the whole EP. Instead of singing in his regular voice, SiR instead opts to use auto-tune to pitch his voice up considerably, and pairs with the most upbeat tone. Despite all these differences, it fits right in, and offers some variation to the EP.

This EP is a strong follow up to Her, and builds upon that same style. It’s not anything radically different, but rather it is a maturation of his sound. SiR has a lot of potential, especially with the resources available to him at TDE. One of the biggest challenges he may face is not getting proper marketing if TDE continues their current patterns, but if he continues releasing high quality content, he will receive the recognition he deserves.