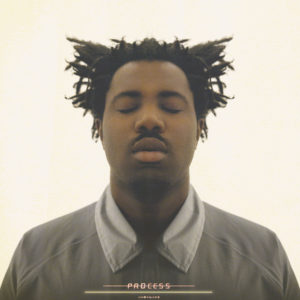 Audio from the first moments of Neil Armstrong and Buzz Aldrin’s mission on the moon crackles in and out as a harp-like twinkling introduces British producer and songwriter Sampha’s gentle but powerful voice. This is the opening track of his debut album Process. With it, he finally steps into the spotlight, after years of lending his talents to some of the biggest names in music.

“Plastic 100°C” is a frantic, uncertain start to a record replete with heavy themes: grief, anxiety and self-doubt. He talks of burying his inner turmoil — “sleeping with my worries,” he sings — and the pressure of growing expectations gnawing at him, like plastic melting under a magnifying glass. Like a statement of intent, the song invites us into the meditative world of Process.

In a phrase, the album is a beautifully crafted and heart wrenching slice of Sampha’s life and his hesitant shift from supporting role to main act. More often than not, the album feels like an intimate — and boldly public — catharsis for the musician.

While his first steps into music were back in 2010 with the release of his Sundaza EP, Sampha’s career began to thrive years later in the form of some major collaborations; his touch is found on Drake’s Nothing Was the Same and two of 2016’s most acclaimed albums — The Life of Pablo and A Seat At The Table. By 2013, he was ready to give his solo work some attention.

But then the health of his mother, who had been diagnosed with cancer in 2010, began to decline. Sampha put the project on hold to act as her caregiver in her South London home. Binty Sisay passed away in 2015.

The work that followed those events feels like an opportunity for Sampha to heal, and his mother’s memory envelops Process.

On the exquisitely-produced “Kora Sings,” Sampha contrasts a glittering blend of polyrhythms, African harp (i.e. the titular Kora) and other electronic sounds against somber lyricism. “A mother needs her sons/She needs them near/We don’t have to talk/I just need you here,” he sings softly. The song evaporates into a ghostly vocal, courtesy of labelmate Blue Roses, with the sound of a storm underneath. The track is just breathtaking.

Elsewhere, Sampha is more straightforward. “(No One Knows Me) Like the Piano” is the heart of the LP, and it’s a simple but dazzling ballad equipped with only the sounds of a piano and his voice. It feels empty — maybe even unfulfilled — at times, but taken as a precursor to the following track, “Take Me Inside,” it’s a total win. Midway, “Take” bursts into a pulsing, bubbling, electronic coda.

Process is a fully-fleshed out journey, and appropriately, it’s closing track offers some resolution. “What Shouldn’t I Be?” is a tense and vulnerable final note that sees the musician invoking a sense of calm. The grief is still very present — “I should visit my brother/But I haven’t been there in months/I’ve lost connection,” he whispers — but the song’s overarching message (about how essential it is to understand the things we cannot change) outshines it all. It’s a process.