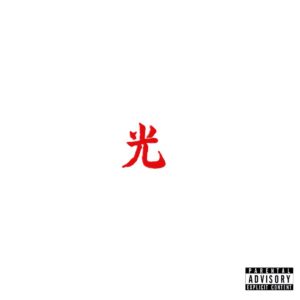 Lupe Fiasco just released his sixth studio album, DROGAS Light. Many fans of the alternative hip-hop star did not think that this day would come seeing that he announced his retirement from music on Twitter in December of 2016. Thankfully it seems that Fiasco reconsidered his decision because DROGAS Light is here and it has a lot to say.

Fiasco is known for being a socially conscious rapper and using hip hop as his platform to voice his anti-establishment views. His music has always been jam packed with lyrics speaking on the world that we live in today and the problems that he sees in today’s society. DROGAS Light is exactly what we expected from a Lupe Fiasco album. It is not the most musically exciting album, but there are many lyrical gems sprinkled throughout that give it the potential to be a very thought-provoking journey for the listener.

Off the bat, Fiasco is clear with his intentions in releasing this album. In the very first song, “Dopamine Lit (Intro),” he states “this one ain’t for Billbo’, You can stream the album on Silk Road”. It’s clear he doesn’t intend on the album blowing up to top charts on Billboard but rather to stay low key perhaps in the “deep web”.

The first couple tracks on the album are upbeat and have a faster pace, each packed with a heavy amount of fiasco’s rap commentary. He touches on subjects like current rappers in the game, legalization of marijuana and includes some autobiographical lyrics throughout.  His song, “Promise,” a parody of sorts, mocks new age rappers by emulating their style, from basic southern trap beat to triplet flows in the hook. The repetitive “I promise, I promise, repeat it, repeat it, repeat it” achieves the sound and gets this point across.

“Made in the USA,” “Jump,” and “City of the Year” are more energetic, upbeat and a diversion from the album, where shouts out his home city of Chicago, talking about being “born in the middle of the West, and living in the middle of death” and continues on to open up about his own life.

Fiasco had a more sideways approach at surfacing topics he wanted to discuss up until “Tranquillo.” Lupe Fiasco is straight forward and very true to himself and his ideas with features from from friends Rick Ross and Big K.U.R.T., stylistically paired with light-hearted, bouncy flow. Fiasco raps about his ideology and talks about “having love by the kilo.” It is by far the strongest track on the album.

After this song, the album shifts gears into a very different zone, reminiscent of fiasco’s older style. They range from having an electronic beat to funky to pop and back to more of a hip hop sound, the unfortunate diversion point where DOGAS light becomes scattered.

“Pick Up the Phone” reminds one most of fiasco’s older sound, such as Food & Liquor II, but remains as the significant outlier. The love story told is him reaching out to an ex that doesn’t seem to be listening, very poetic with the lyrics, but they would have made a bigger impact if the tone and overall sound of the song were better fit among the rest of the tracklist.

All of this doesn’t completely discount DROGAS Light as a decent release. Lupe Fiasco showed a lot of lyrical importance, and if it was read something like poetry and judged solely for the words, it would walk away with praise. The lack of musicality really stifles the album’s promise and does not flow together well as a complete work of art.The content of this album can be thought provoking at times, and Fiasco definitely displays clever lyricism throughout, but musically it’s all over the place. It’s almost like taking a step back in Lupe Fiasco’s career, all the way back to 2010.