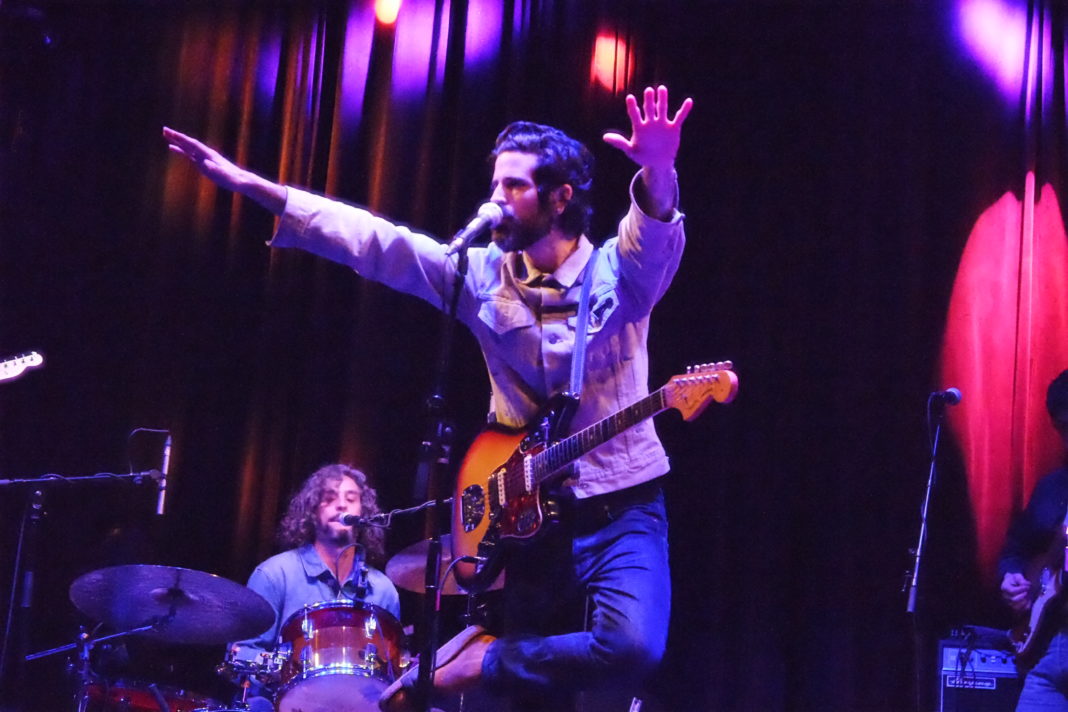 It seems Devendra Banhart visits in six to seven year cycles. In 2004, his first Dallas appearance was in the late Gypsy Tea Room. In 2010, he played a show in the Palladium Ballroom (now known as Southside Ballroom). As expected seven years later, he visited Granada Theater for a post Valentine’s Day celebration.

In days leading up to the show, fans were left wondering if the venue would announce a last minute opening band and on the day of, it was still unclear. To everyone’s surprise, Banhart’s band members started the night off with their own personal projects. The keyboardist/guitarist played a chilling 10 minute set of calming vibrations and healing tones. Next, the drummer sang richly along to a ukulele, capturing the audience’s attention at his similarity to Banhart’s songs. Finally, the bassist played ballads on a guitar, singing to a tune that took the room back to 2010, when music appreciated clean raw British soul (an influence from his Wales hometown).

It wasn’t long after when Devendra Banhart took the stage. His voice was as beautiful as his recordings, featuring a vibrato that lifted the audience’s souls. His fingers plucked his guitar as if he was a messenger from the past, reminding everyone that through his nine studio albums, good times never die.

If no one has ever seen Banhart live before, the first impression would be that he is a talker. Right away, he connected with the audience. He waved in greeting, lipped the words “You good?”, touching fans hands in the most comforting and friendly way. Acting like no other performer acted before, he made the night very personal.

At one point, his band members retreated the stage, so he was left alone with a guitar and a mic. He asked the crowd, “Any requests?”, in which ensued a loud flurry of shouts “Carmensita! Carmensita!” After reminding the crowd Carmensita is on the band setlist, he tried his best to remember the old request. He was adorably unashamed at his mistakes, laughing away at his poor memory.

At another point of the night, he also spoke of the connection of songwriters. Then, he asked the crowd if there was anyone who had a song they never performed before and wanted to. Pulling out fan from the crowd, Banhart gave his guitar and mic. The fan proceeded to play his own song, giving the show an entirely different connection.

Out of all Banhart’s flamboyant hip twists and hand flips, the audience couldn’t get enough. The surreal melodies his fingers played, the rich vocals honeyed out of his lips, the rarity of raw acoustics blasted: the night was much needed. If it will be another seven years until Banhart blesses this city with his refreshing presence, then so be it. Dallas will be ready.