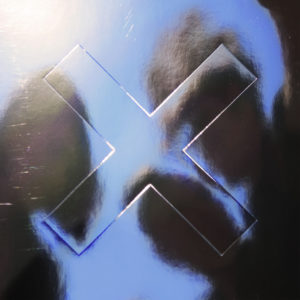 With a bolder, brighter sound in tow, the xx make a spirited return to music on their third studio album. Emboldened no doubt, by Jamie’s vibrant In Colour, the group expands beyond the cavernous sounds they explored on their debut and continued to dissect on Coexist to present something more self-assured and much more open.

What was once a whisper, now reverberates in every direction.

The London trio — who have known each other since primary school — have delivered a sound that is informed by producer and multi-instrumentalist Jamie Smith’s string of work that followed their second album, which abandoned their strict adherence to minimalism (see: “Good Times”). The influence, combined with Romy Madley Croft and Oliver Sim’s vocal style, makes for an unexpected but welcome mutation. But make no mistake, this album still sounds quintessentially “xx”-ish.

It opens with a surprising burst of synthed-up horns on “Dangerous” that seamlessly fuse with a thudding house beat before some of the album’s liveliest drum programming kicks in.  The song feels like a skillful embrace of uptempo dance music, and Croft and Sim’s signature back and forth does works wonderfully here.

The group has a well-documented history of performance anxiety. Early interviews show that their presence on and off stage was riddled with an air of uncertainty, and their first album reflected that in its timidity and sparseness. It worked magically as an intimate experience. This time around, even the songwriting feels more extroverted.

“I can’t hold it inside, the thrill of affection…all my hesitations are fading” Croft and Sim sing on “Say Something Loving.” Despite the vocal interplay bordering on awkward in its second half, the song continues to push the listener higher. The sense of gentle euphoria the band so expertly crafted on their debut stays intact here, if on a grander scale.

Elsewhere, the LP falls back into more comfortable territory. The gloomy string arrangements on “Performance” and the scattered, empty feeling of “Test Me” are familiar, with Croft’s voice flowing in and out of both.

I See You feels like pop at its best. From the Caribbean tinge on “Lips” to the sample-driven “On Hold,” you quickly realize how many of the genre’s current trends have roots in the xx’s repertoire.

Their signature melancholia — complete with sparse production and haunting vocals — has clearly left a mark. There’s the obvious: Drake’s reworking of Jamie’s remix of Gil Scott-Heron’s cover of “I’ll Take Care of You” (that’s a mouthful) to Rihanna’s use of “Intro” on “Drunk in Love.” There’s the recent: reverb-heavy production on the Chainsmokers’ “Don’t Let Me Down” and Zara Larsson’s criminally downplayed “Lush Life.” Derivative acts like London Grammar, Wet, Lorde, Banks, and Alt-J entered the music scene through a door held open by the xx.

Remember, their debut album came out in 2009: a year when the more bombast a single had, the better (see: “Single Ladies” Beyoncé, Phoenix, “Poker Face”). Its influence, in clear retrospect, has proven to be immense; moody records from Justin Bieber, Calvin Harris, and Drake reigned commercially supreme in 2016.

I See You feels like an ultimate clapback — a lesson on how to take their sophisticated blend of R&B, UK garage, and pop and properly turn the dial up to 11.

The band will make a stop in Dallas’ South Side Ballroom on May 8 as part of their North American Tour. I’ll See You there…