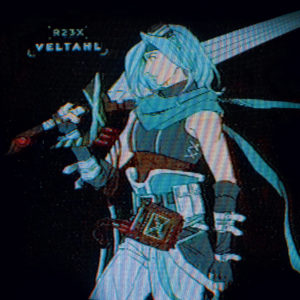 Vaporwave is a constantly mutating, internet-based genre that, since its accidental creation in 2010, has branched into seemingly infinite vague subgenres (half of which could easily just be strange, esoteric jokes). Initially gaining popularity as a variation on chopped and screwed, the burgeoning genre tag has steadily grown to encompass everything from ambient to trap. One of the few consistent features of a vaporwave release is the evocation of a distorted nostalgic feeling that, when done well, can conjure up a wholly unique listening experience. Yet, the genre has a tendency to lean toward aesthetic value over musical quality and, as a result, many releases end up sounding uninspired and forgettable.

One of the most reliable sources of original, progressive vaporwave is the well-respected web-label Dream Catalogue. Home to of some of the genre’s most popular acts like 2814 and Vaperror, the label is generally seen to be at the forefront of vaporwave’s unpredictable evolution. The video game influenced vaporwave project R23X is a frequent contributor to the label’s varied collection. Throughout all of the project’s releases, R23X’s main concept has been to make soundtracks to golden-era JRPGs that never existed. The soundtrack concept is illustrated through the album titles along with self-aware track names and like “SILENT PROTAGONIST (AMNESIAC)” and “Necessary Crafting and Alchemy.” Generally, R23X’s oeuvre consists of short albums filled with vignettes of glitchy, danceable synth beats paired with a heavy use of video game samples.

With VELTAHL, R23X has finally given a proper title and a storyline to his typically vague, mysterious soundtracks. Based in a dystopian future (as most vaporwave albums are wont to do), the imagined soundtrack attempts to evoke an atmosphere of ancient warriors that awake from a thousand year slumber to wander the war torn landscape. Musically, VELTAHL struggles to capture this projected theme but, at times, R23X is able to invoke a bleak, uncanny ambiance. Album highlights “Cryo-Amnesia” and “Facility” work as an effective combination of Andy Stott’s bass heavy dub techno and the eerie plunderphonics of Oneohtrix Point Never’s Replica era. While video game samples play a relatively small role throughout the release, “MYSTIC” mixes the classic Final Fantasy VII track “Anxious Heart”
with moody trap flavored beats to create a singular mood.

Unfortunately, the beats tend to fit better within the context of a soundtrack (i.e. background music) than a cohesive album. Standing alone without any visuals to distract the listener, many of the tracks come off as pretty but unimaginative. Botched experiment “New Wares New Heirs” makes a poor case for original, non-synthetic vocals being added to the vaporwave formula. While the instrumental by itself is one of the better tracks on the album, the awkward mixture of a melancholic vocal track yields poor results. On the more light hearted, playful tracks like “Project VELTAHL,” the artist comes off as a mildly entertaining Flume sound-alike. Ultimately, while presenting some interesting sonic ideas, VELTAHL is unable to move beyond the project’s wealth of influences and create a sound that is distinctly its own.