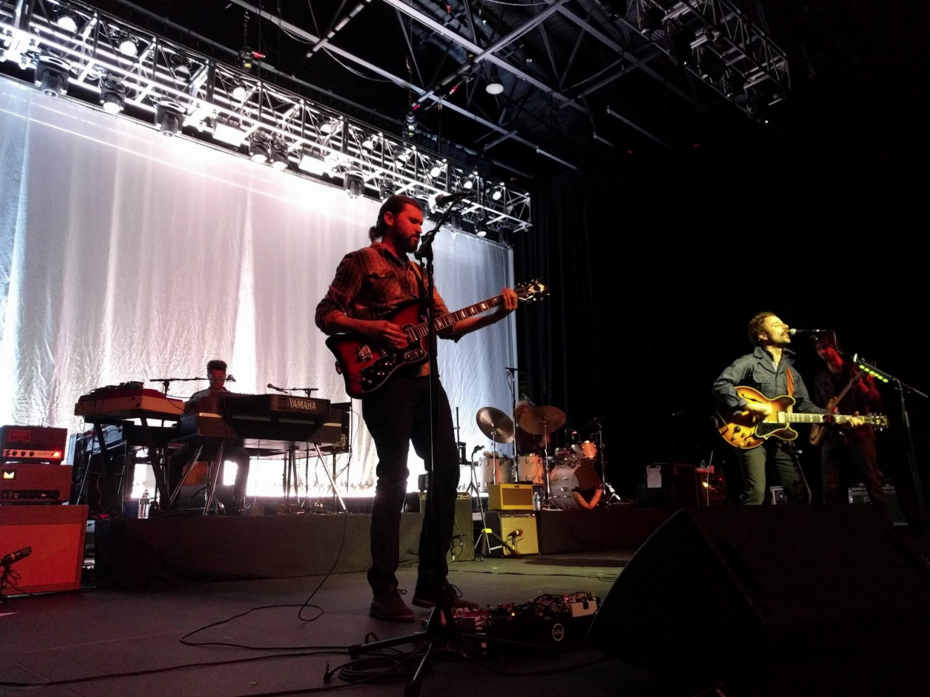 Dawes performed masterfully their folk rock sound at the Bomb Factory to a medium sized laid back crowd who roamed in at their leisure in the hour leading up to the show. The majority were twenty or thirty something flannel wearing men, worn on bearded hipsters and actual rancher looking professionals, but there was also a wide array of ages and appearances to where no one would have felt out of place, a contribution to the communal, even familial feel of the night. There was no opener, so at eight sharp Dawes enthusiastically took to the stage. For a little over an hour they played extended versions of some of their more rock, energetic leaning songs. They extended two minute songs to eight minutes by putting skillfully and soulfully impressive guitar solos and instrumental progressions in the mix of their originally recorded songs. The pure joyful energy of the band and the way they skillfully made each song unique second by second contagiously spread their happiness. In particular the electric guitar solos of their new member, Duane Betts, was loud and unruly, yet sensitive with its folk ties, which created a sound of complete perfection.

They took a quick fifteen minute intermission around 9:30, which was an interesting variance from the normal continuation of most concerts. In the second part Dawes came back with a different tone. While the first half was all electric and rock, next they had the members just standing at the front of the stage, playing acoustic guitar, tambourines, and maracas. They played their slower songs in a harmonic, sweet way that completely captured the audience emotionally and mentally. Throughout these songs they slowly built back to their complete rock sound by adding different elements like drums and then electric guitar until they were again powerfully playing at full volume as passionate at before.

After finishing what they announced was there final song, Dawes left the stage but not a single person in that room had a thought of moving an inch in anticipation of the encore. As they came back to the stage Taylor Goldsmith, the lead singer, announced that he and his brother, Griffin Goldsmith, the drummer, had a special guest close to their hearts unexpectedly arrive. Their dad had surprised them and Dawes had him take the mic for the next song. From his soulful, masterful performance it is obvious where his sons got their talent from, and then the whole gang came together for their final song, “We’re All Gonna Die,” in a much more euphoric and joyous way than the song name would suggest. With one last sing along the night was over, and the audience left the Bomb Factory happier to be alive than before their performance.