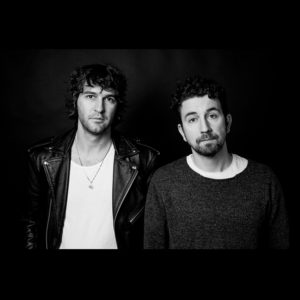 Near To The Wild Heart Of Life is a brave attempt to be courageous, but how can you spark leadership when so many of the qualities Japandroids possess in their new record are so uninspiring? Japandroids, since Post-Nothing and Celebration Rock, have quenched a niche serving angst through themes of loss, atonement and survival. It’s overt youthful energy that Japandroids convey which wins people over as Japandroids may not have revolutionized a sound, however they consistently deliver emotion and energy. Capitalizing on a juvenile, carefree spirit could only last so long, and Japandroids have since matured in their nearly 4 and a half year duration between Celebration Rock and Near To The Wild Heart Of Life by rethinking their ambitions. Yet their final product is an awkward transition, showcasing how it just isn’t as fun carelessly indulging on the high of that next great time without the brute kicking and screaming Japandroids once conveyed.

Japandroids took their time introspecting on Near To The Wild Heart Of Life.  In regards to this, Japandroids, throughout their discography, promote collective organization, and this running motif is still evident in Near To The Wild Heart Of Life. At first impression, much like their prior release, Celebration Rock, Japandroids have created their most cohesive work, Near To The Wild Heart Of Life being their most unified, which is usually a plus. But, losing their shrill sound in the process was a large miss. The processed feedback alongside noisy guitars and unrestrained drum work like on “North East South West” sound too polished which precisely sets the atmosphere throughout Near to the Wild Heart of Life. Long gone are those gratifying lo-fi emo sounds that many fans resonated with, a complete shame, as an alternative Japandroids switches up to a larger than life indie rock record that has enough grittiness to slap a passable “alternative rock” sticker.

It’s refreshing that Japandroids are switching up their convoluted formula, especially experimenting with a different production, but falling short with a sterile sound. The drummer, David Prowse, can be held accountable for this, or perhaps the most impacted of these new changes. Prowse’s walks into almost a limbo like state of keeping pace with the beat, seemingly a complete departure from how their aggressive drumming was forefront of the band in prior releases. In addition, what’s disappeared are the urgency and guts of Celebration Rock; instead, Japandroids play midtempo songs with alliteration-heavy poetry that are, in a nutshell, corny. “Arc of Bar” is a bloated, painstakingly monotonous, only broken by the addition of some synths in the background among its one note structure is the.

There are grand moments, though, such as “I’m Sorry (for Not Finding You Sooner)”, a short burst of millennial romantic anguish crying out more honest emotion with their new production style, given its clearer focus on the delivery of vocals. Unfortunately they are scant and not quite the redeeming factor.

If Near To The Wild Heart Of Life is their catalyst for conjuring safe indie rock by presenting zero risks, this album is unmistakable evidence of how a major misstep of coldly calculated approaches turns sincerity to bona fide cliché.