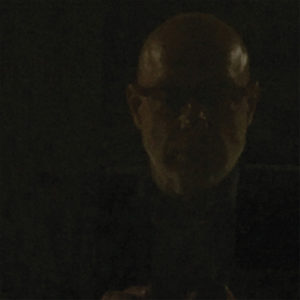 Brian Eno released Music for Airports in 1978, the first record to be labeled “ambient music,” and solidified a style he would help pioneer and produce over the next four decades. Since then Eno has created some of the most critically acclaimed ambient pieces of all time and also played a role in popular music since the early 70’s working with David Bowie, The Talking Heads and even creating the startup sound for Windows 95. Released as soon as the clock struck twelve setting us forward into the 2017, Eno’s newest piece Reflection feels like a fitting step forward in the genre he’s coined.

The piece opens with bright invitational notes. The now so familiar leisurely crawl is reminiscent of “1/1” from Music for Airports. What now seems so familiar was a pioneering work many decades ago. Technology like the ARP 2600 synthesizer was relatively new and techniques using multi-tracking and dubbing had only began to be perfected within a decade of the piece. Now with new technology and modernist philosophy, Eno distilled previous compositions with ambient elements into one album, Reflection. The premium version is generative creating an endless but ever changing continuation of the original piece pushing the boundaries of what recorded music can be. Eno relates it to watching a flowing river, “it’s always the same river, but it’s always changing.”

The track itself feels like water, every note plucked creating small ripples which grow gradually into melodies which lose energy puttering out into space and atmosphere. High pitched whirring along with deep, long chords add to the space they occupy. The piece never aims to fill space instead allowing the audience to occupy a shared atmosphere. Finding myself engaging with the piece subconsciously as much as consciously, Eno’s vision of music as “ignorable as it is interesting” remains intact. The piece is calming, beautiful and manages to allow a listener to dip their feet in as much as they please. Carefully built chords sustaining across octaves similar to his 1975 work Discreet Music give some canvas to more prominent elements which peek in and out of the track. Constantly flowing, the track slows to an end in the final three minutes. The track must end, it’s simply the limits MP3’s have but the decrescendo of movement, melody and sound gradually fades the track back to the place of subtlety and abstraction it was constructed from.

Without the vocals, guitar or grittier synthesizers of some of Eno’s later ambient work like The Ship released last year or other collaborative pieces, Eno reflects on the essence of ambient music. Much like his early distillations of ambient music allowing us to form an entire genre Eno once more pushes the boundaries creating a generative album. This album refrains from having multiple tracks, instead opting for as much of a unbroken experience as possible. Eno fans will recognize the structure of the album as it could fit in his discography at any point, but his goals on this album are new territory. While generative music is not a new idea, Eno’s interpretation will bring it to a larger audience in an expert form that only the father of the genre could introduce.