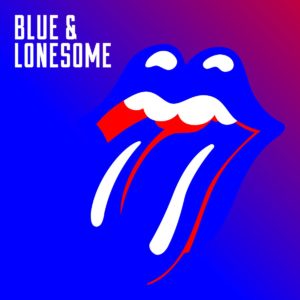 The Rolling Stones first album in over a decade looks back even further to their own roots. At over 50 years old perhaps the Stones are ready to pass the torch but not without reminding us where it all started. This is the music they played before Mick Jagger was Jumpin Jack Flash and even before he couldn’t get no satisfaction. Their newest album Blue & Lonesome is a collection of covers of their favorites from blues legends like Howlin Wolf and Little Walter. Their passion for the blues shines through in the twelve track listing with features from Eric Clapton.

Like many bands part of the British Invasion blues music has a major influence on the Stones. The album’s title Blue & Lonesome is named after a song by Little Walter, a blues legend who the Stones have acknowledged as a direct influence on their music. The 21st century higher fidelity cover features a bright harmonica solo by Mick Jagger who does justice to the original by Walter, the only man to be inducted to the rock and roll hall of fame specifically for his harmonica.

Executing their covers in skillful rendition, the band sounds tight throughout. Keith Richards’ solo along with an up tempo drum beat on Just Like I Treat You provides Stones fans with a familiar rock energy. Jagger’s vocals and harmonica keep to blues tradition making the song a glimpse into the blurred line between blues and early Rolling Stones. The token to the past fits in an album going back to not only the Stones roots but the roots of American Rock.

Jagger’s vocals across the album fit perfectly into the thick blues rock nature of the instrumentals. The little wear on his voice from age gives the perfect amount of grit to his moaning cover of Everybody Knows About My Good Thing. The addition of Clapton’s guitar solo makes the track one of the most soulful on the album. While Clapton’s solo could have been longer there’s very little room for critique. Staying true to the medium the originals were recorded on, songs needed to be shorter and to the point. No time for jams or need for self indulgence. Blue & Lonesome is a brilliant, nostalgic nod from the masters to their teachers. If you didn’t know it already, you know it now – The Rolling Stones can play the blues.