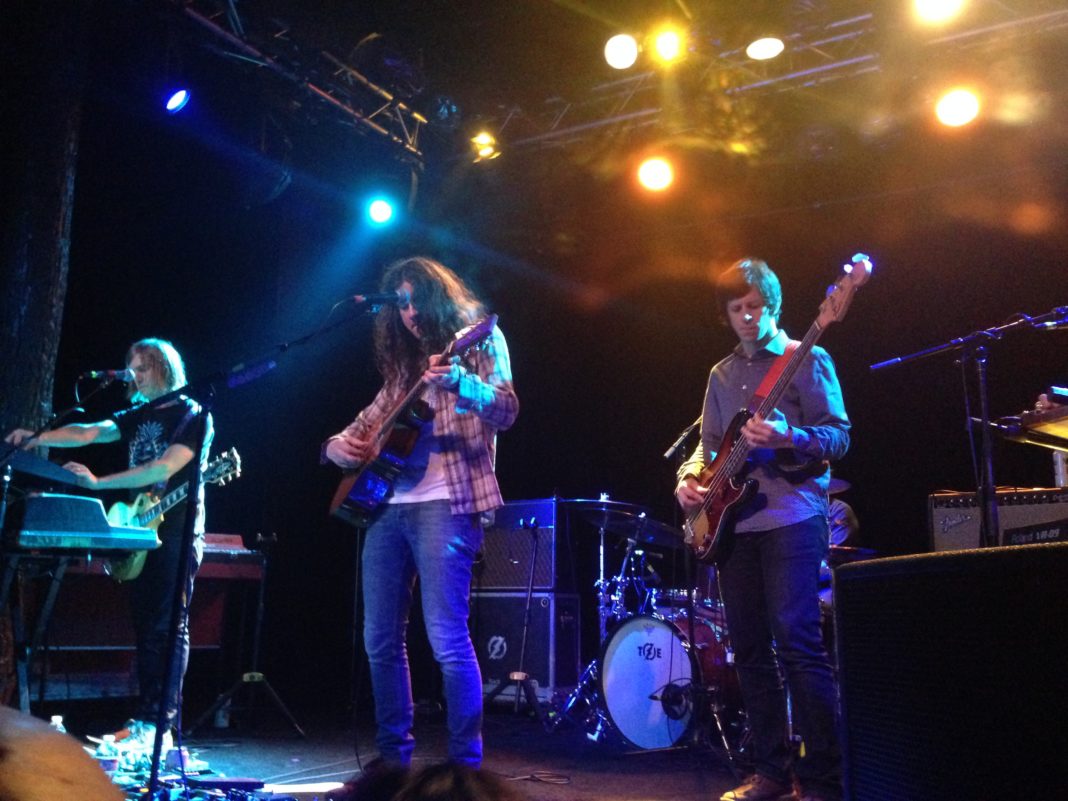 Kurt Vile and his backing band, The Violators, played last night in Dallas for the first time since April, and Kurt’s fans have been loyally awaiting his return. This time the show was at Trees rather than Granada, but the smaller venue made for a much more memorable show. The openers, Daniel Markham and D.H. Phillips (of True Widow), were a perfect fit for both Kurt Vile’s sound and the distinctly friendly-truck-driver-esque vibe that was emanating from the audience. I was certainly the youngest one there, and probably the only one who has never seen a full episode of “Duck Dynasty.”

Daniel Markham leaned a bit too far towards dad-rock for an artist breaking out on the scene in the footsteps of Vile – every bridge was a guitar solo, and it seems he and his band have not quite found their brand yet. D.H. Phillips, on the other hand, knew exactly what he was doing. He appeared alone onstage with just a mic and a mixer, as well as a mask, wig and fake beard that screamed “zombie warehouse employee.” He drawled unintelligible lyrics to dark and mundane beats and left everyone saying, “What the hell?” in the best way. Finally, Kurt Vile stole the stage, and the crowd went as wild as a crowd can get when every person there is married with 2.5 kids. Kurt immediately caught their attention with the beautiful “Dust Bunnies.” He proceeded to tear them apart throughout the evening with melancholy ballads like “Stand Inside,” and then sew them back together with hits like
“Pretty Pimpin’.” Kurt was as humble as he was talented, not saying much to
the audience but still keeping them connected. He played all the songs that were expected of him and then some that weren’t, making his performance satisfying to even the greatest of Vile fans. At the evening’s close, he came back to play a short encore and then left us feeling like “b’lieve i’m goin’ down…” is the only album we can ever listen to again.