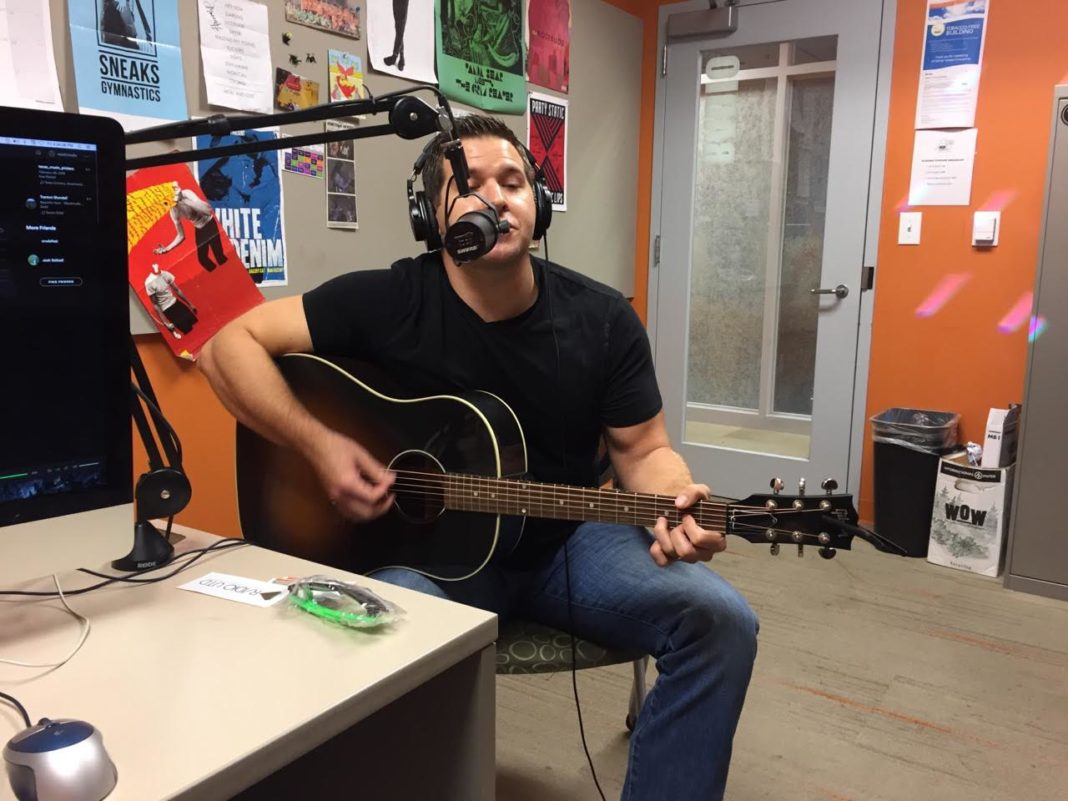 With a firm hand shake and crisp jeans, Justin Mason took his seat across from Red Dirt Radio co-hosts Brooke and Josh during their Friday show this past week. While a number of guests who have filled that seat before him have brought a colorful background, none have the winding path comparable to Mason. He is a man of many hats including a US Military Veteran, a father, an ex-football player, former City of Arlington Police Officer, a practicing real-estate agent; and did we mention rising country singer? After picking up a guitar a little over 3 years ago, he has strummed his way into the hearts of fans across the honky-tonk State of Texas. As they say, everything is bigger in Texas including the dreams of aspiring artist Justin Mason.

Spending the entirety of his life in the Grapevine, Texas area, he currently resides in his lifelong hometown with his family. The conversation eventually veered towards the direction of sports with Brooke as a long-standing University of Texas “Longhorn” fan and Josh as a die-hard Texas Tech “Red Raider” fan. The consensus of each guest’s loyalty toward one college or another generally falls within either of these two teams however, Mason stood strong in his passionate support for Texas A&M although his wife, a Notre Dame University graduate, roots for the Leprechauns. And how befitting that this dynamic couple communicated the entire show during the breaks, bouncing jokes back and forth regarding Mason’s almost broken E string during one of his live performances on air.

After he strummed acoustic versions of his own personal songs “Whiskey Vacation,” “Done Me Wrong Songs” and “Going to Florida”, Josh asked the renowned “what’s in the cup?” question referring to the singer’s choice of beverage when they are performing on stage. At first Mason jokingly said he was unable to answer with his wife listening on the other side of the tuner but then proceeded to explain why he drinks red wine; odd choice when most artists shoot for hard liquor or water. After the obvious inquiry, Mason admitted he recently opened a specialty wine through a local winery called Rendezvous Red. At this point, listeners were unsure of what this man didn’t do. He served 5 years in the military, completed a graduate education, worked for the Arlington Police Department, transferred into the real estate business concurrently with his wife, tries his hand at country music, and holds the title of established wine connoisseur.

As last Friday’s edition of Red Dirt Radio came to an end with Mr. Justin Mason, co-hosts Brooke and Josh requested one final set of requests to be performed: Hank William Jr.’s “Family Tradition” and George Strait’s “Check Yes or No.” Mason’s drive and dedication to his artistic passion resonated within the studio as one of the most impressive guests to date.