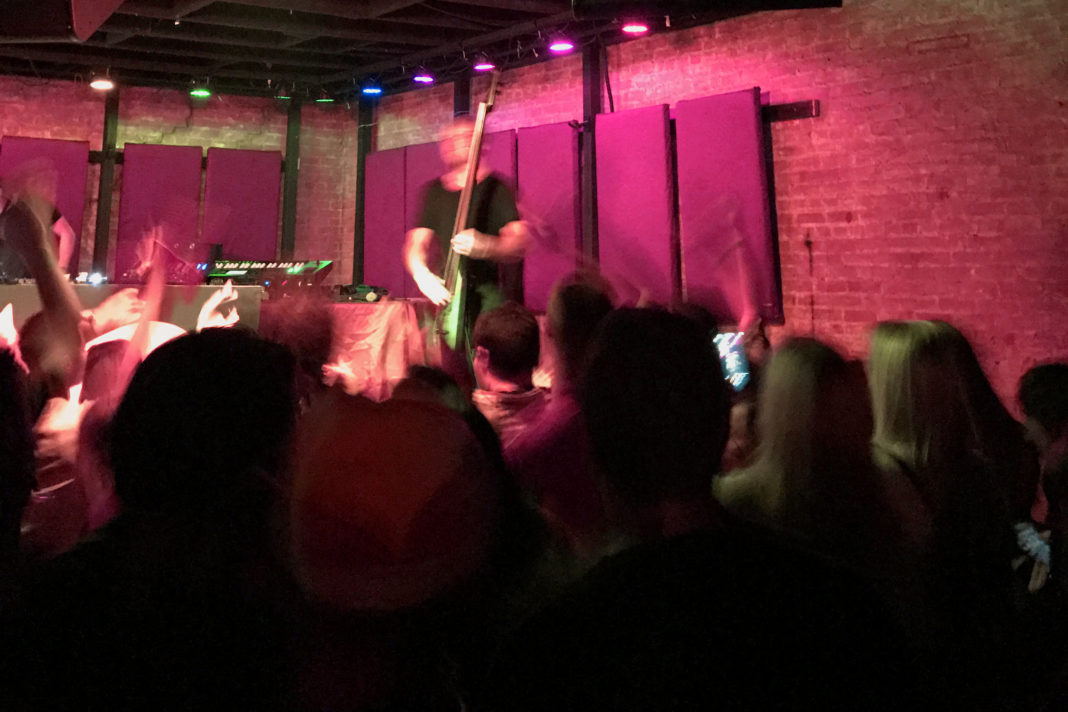 Hydration is always important when you dance around all night in a stuffy, packed venue like RBC. Audience members made ample use of the water coolers at the back near the bar, because if there was one thing for sure it was a lot of dancing. Everybody in attendance at this show was doing what they could to join in the fun fueled by JackLNDN and Goldfish’s upbeat sets and various live performances.

Around 10:30PM, JackLNDN made his way up to the stage and kicked off his set with a slew of recently released beats. The London DJ, known for his consistently good house/deep house mixes, actually named Jack, took the initiative to even sing on his own over the set, such as in the very beginning when he sang the very popular “Latch” by Disclosure. His energy and outgoing personality urged concert goers to move around more, fill the voids in standing room and encourage overall audience participation in the music and atmosphere.

Furthermore, he kept up the mojo by finishing off his set with “We are Family” by Sister Sledge, evoking a strong resonance between most crowd members as they jumped up and hollered in response. More of this was strung throughout the set and eventually JackLNDN exited the stage into the RBC crowd to chat and take photos. He is a really nice guy.

It wasn’t until around midnight that Goldfish set up their wide array of instruments, including a mini saxophone and flute electronically hooked up. The Cape Town duo are best known for their hybrid of jazz and four to the floor dance, making a lot of sense considering their frequent flute solos and enthusiastic saxophone flares. They stayed lively the entire show with one of them always running all over the stage playing nearly every instrument. Their radiant showmanship held up to their reputation as the upbeat global act they’ve come to be and left big impressions on the Dallas dance and electronic scene.