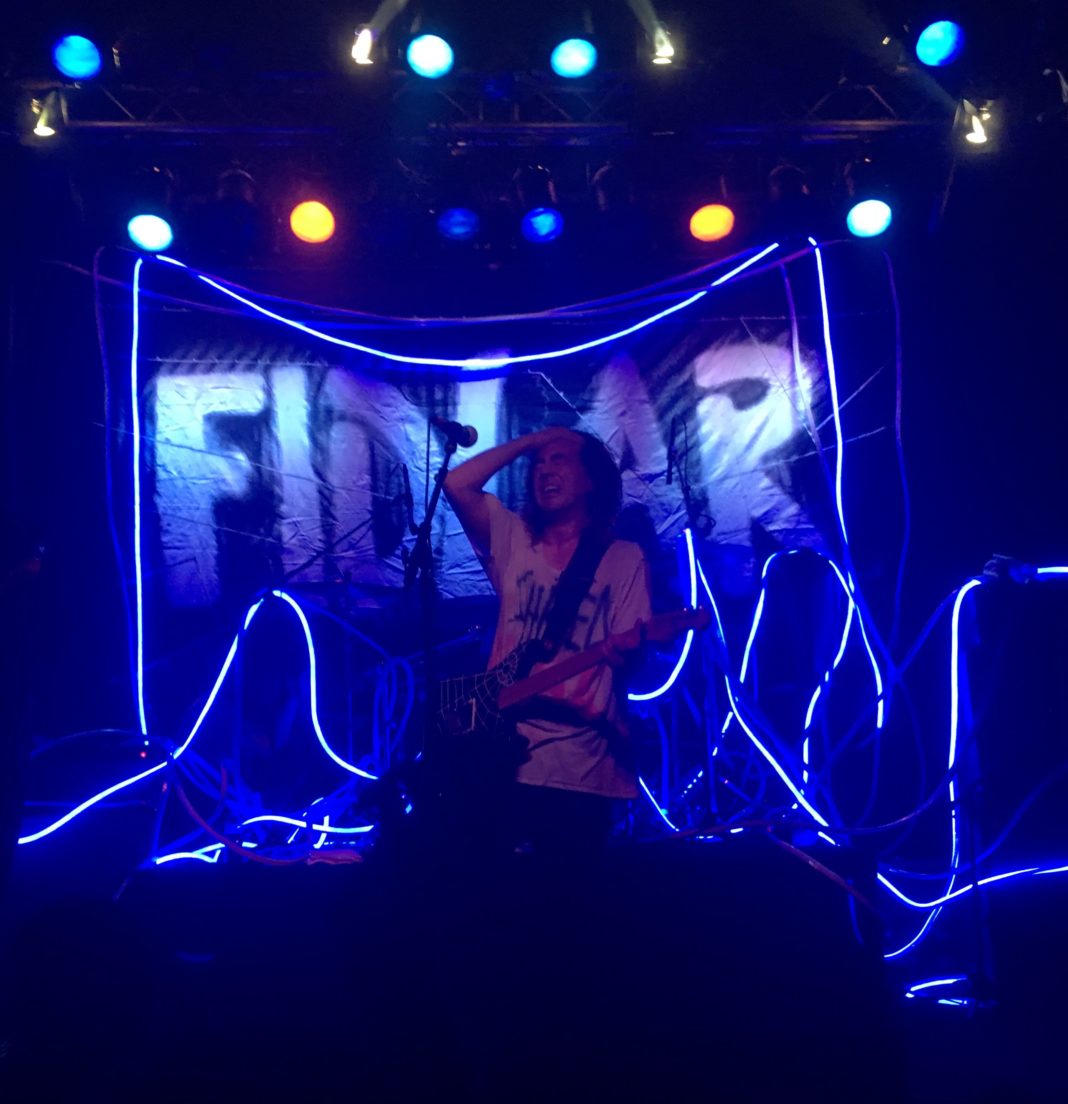 Last night Trees was lit up to the music of The Frights, SWMRS, and best for last, FIDLAR. The sold out occasion filled up with the eager youth and grit of Dallas The show opened up at around 8:00 pm with The Frights. The Frights is a surf-punk band, from San Diego California. To start their set, they played Kids, which in my opinion was a very good song to start with, for it is one of the catchiest, and more recognized among other tracks. The crowd also seemed to enjoy it, for the energy was great. They played multiple songs from their debut self named album, The Frights, such as C.C, Crust Bucket, and as mentioned before Kids. They also played tracks from their new 2016 album You Are Going to Hate This, such as “Afraid of the Dark,” “You Are Going to Hate This,” and “Tungs.” Three quarters into the show, the frights surprised the crowd with a Weezer cover, “Say It Ain’t So.” Which was a very clever choice, for mostly all of the crowd knew the lyrics, and overall enjoyed it. There was ‘moshing’ and that was when, yours truly, suffered her first possible concussion, was it worth it? Yes, I’d do it again. The Frights gave a pretty spectacular set with lots of energy, fun, and memories.

The band after The Frights, SWMRS, rolled out at around 9 pm. SWMRS, is a punk rock
band from Oakland California, fun fact about them, their drummer, Joey Armstrong, is Billie Joe Armstrong’s (the lead singer from Green Day) first born son. SWMRS played the classic tracks, Miley, and Uncool, as well as new songs from their October 2016 album, Drive North. Some of the songs where “D’You Have A Car,” “Drive North,” and “Harry Dean.” During this time I had to step out of the crowd, for I thought I was dead after the Fright’s set. However, a lot of people enjoyed the SWMRS set, and of course, moshed. I admire the ones that stayed in that war. The final band, FIDLAR, came out at around 10:03 pm. Famous FIDLAR (Fuck It Dawg
Life’s A Risk), is a garage-punk band from Los Angeles California, formed in 2009. FIDLAR started their set with the first song, “40oz. On Repeat,” of their second album, Too. The
memorable tracks played from their latest album, Too, included, Why Generation, Leave me
Alone, Bad Medicine, and Punks. But the most memorable tracks played, were from the Self
named album FIDLAR, the songs included, “Cheap Beer,” “5 to 9,” “Max can’t surf,”
and “Cocaine.” “Wake! Bake! Skate!” was the encore song – the perfect way to end their that’s brief but high punk energy with catchy lyrics and an overall fun atmosphere.

Overall Dallas Kids has a very uncool night, with a lot of punk music, and cheap beer.