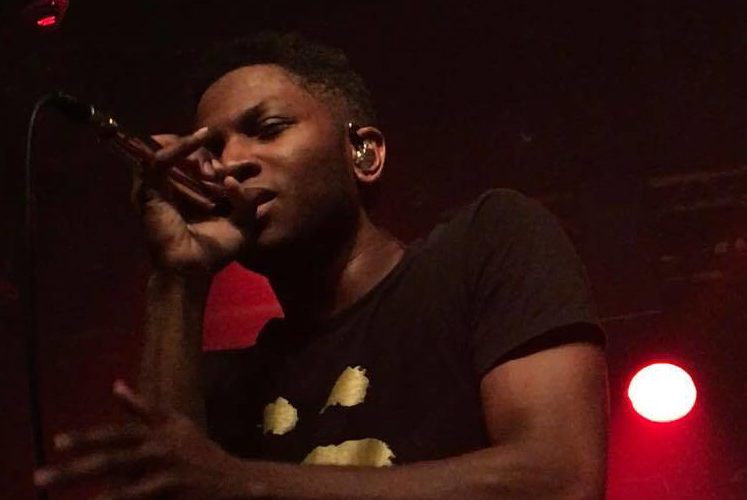 This was my first time ever attending a concert at Trees and I was kind of nervous. I’ve heard certain stories (some iconic, some from a more recent time), and I was worried about what insane thing was going to happen. I immediately entered the venue and was amazed at how the venue could look so professional, but also maintain an essence of its past roots. The staff was fun to interact with, and seemed to have a lot of trust in the crowd. RKCB was doing a meet and greet before the show, but there were no typical large security guards bossing around excited fans. The crowd was very cool. Obviously once doors opened there was a flock to be closest to the stage, but the people in front were pretty accommodating and helpful. I was even able to get to the front without any protest to ask the girl with the prime spot to send me some pictures of Gallant. Once the curtains opened, RKCB began playing their most popular song, “Baptize.” Their performance was enchanting. The band’s sound can be described as electronic-pop infused with soul. The music was inundated with synths and crooning vocals of sweet romance. The crowd swayed along to the duo and was stuck in a hypnotic trance.

After RKCB left the stage, the crowd had become well prepped for Gallant. The energy felt more restless and anticipation grew. Finally, Christopher Gallant entered the stage. He seemed to grab a hold of the entire stage at Trees. Gallant’s music is easy to describe- tormented R&B. The pain of whatever this man has gone through is clear in his studio albums, but to hear it live is to feel his emotions. The nature of most of his songs are slow, but the energy of the crowd only continued to escalate throughout the night. It’s hard to recall the sound. In his album, Ology, the production is a facet of what makes the album great. For the live performance, Gallant locks it in the background and leaves room for his voice to take charge, unbridled without the classic d rums and jazz elements maintaining it. While his performance kept a strong emotional hold on the crowd, Gallant still allowed for brief reprieves from the seriousness. He interacted with his fans, and let the room breathe with some comic relief such as watering plants.

Gallant’s hold was so powering that by the time the show ended and the curtains closed, there were still people staring at the curtains, craving more. Slowly people broke away from their view of the stage to either close out bar tabs or head home. The crowd had given it all, and in return was met with another legendary night at Trees.