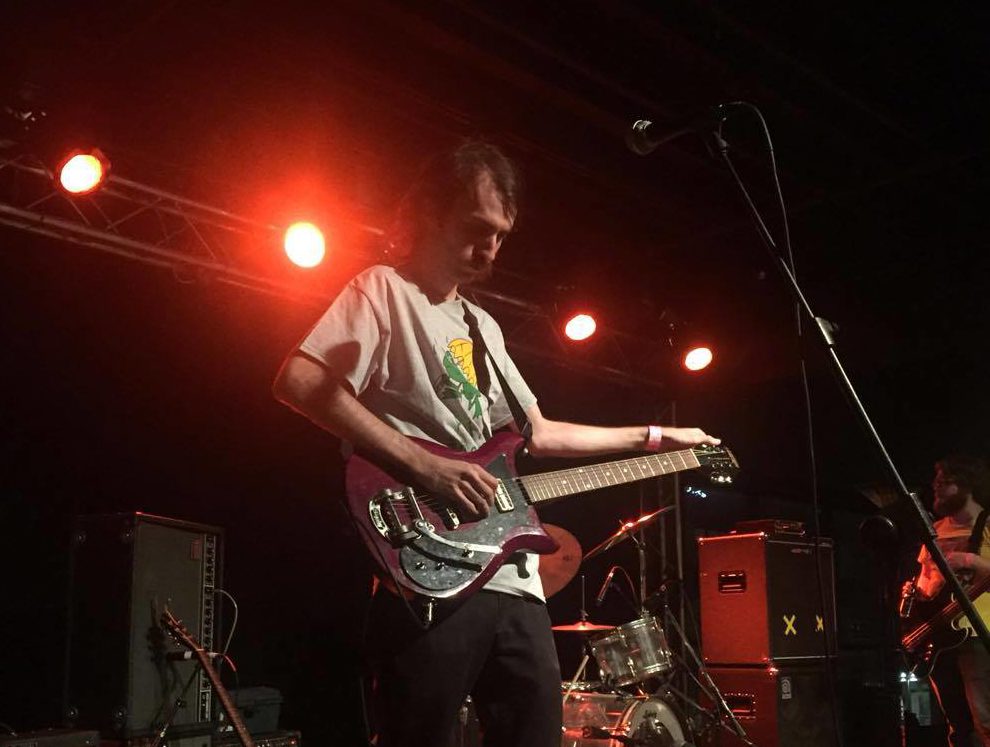 It feels like everything that happened in Dallas on September 22nd, 2016 was entirely eclipsed by Kanye’s presence in our beloved city. However, on the other side of Dallas, at The Loft at Gilley’s a comparatively small band from New Jersey was playing and it’s proof that beautiful things were still occurring outside of American Airlines. When Titus Andronicus first entered the stage they seemed a little different than your average punk rock band. Patrick Stickles, the lead vocalist, started off the show by encouraging everyone not to mosh. He advocated for a respectful and safe environment. After his brief spiel, the band immediately got to playing. It’s kind of funny because the venue maybe had 50 people in it, and initially everyone was standing in their own little bubble. The moment the first few notes of “Fear and Loating in Mahwah, NJ” started to play, the crowd immediately condensed and began to jump around. The best part about seeing Titus Andronicus is that they do not give a single moment for the crowd to take a rest. They’re not just head banging while strumming to guitars- they’re jumping around, dancing and screaming classic lines. The energy is contagious, and even if you stood in the corner with your arms crossed, I guarantee that even you couldn’t stop your heart from racing along to their most popular refrain “You will always be a loser,” which was repeated 30 times, leading up the final line “and that’s okay” in No Future Part Three: Escape from No Future.

The last song of the night was “A More Perfect Union” and they played up the guitar riff from the studio album in the live performance, which made everyone break the “no moshing” rule, but they we having so fun up there as well that no one really minded – and that’s okay.