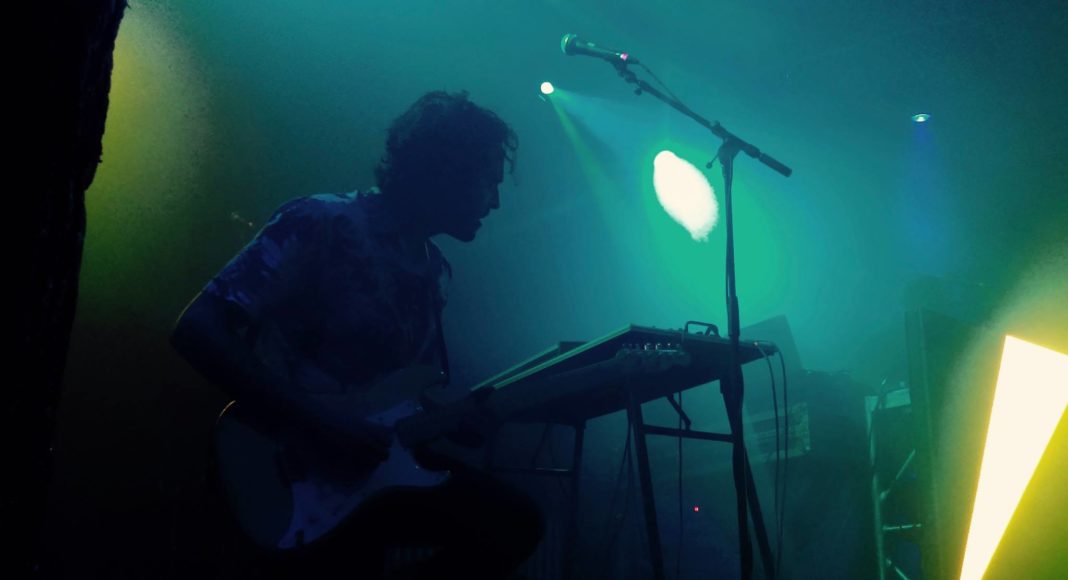 LA-based DJ duo Classixx kicked off their headlining tour Thursday night in support of their latest album Faraway Reach. Playing under the tremendous shadow of Kanye West’s Dallas stop, the pair managed to transform Deep Ellum’s Trees into a millennial Studio 54, playing their indelible nu-disco tunes to a sizable crowd thirsty for some groove.

They brought along some of the album’s collaborators for the ride; Harriet Brown and Alex Frankel of Holy Ghost!-fame graced the stage as openers and joined the group’s set for vocal assists.

The group introduced themselves to the crowd with “I’ll Get You,” the robotic “do you like bass?” hook acting as a finger beckoning listeners to come closer.

Performing amidst dazzling LED screens flashing psychedelic geometry akin to the imagery they’ve used for album covers, the duo brought cuts like “Holding On” and “Safe Inside” to life with help from booming drum machines and sweet, twinkling beats. The crowd ate it all up.

Show highlights included Alex Frankel’s sumptuous vocals on “I Feel Numb” and a virtual cameo by a pixelated T-Pain for the tropical house-tinged “Whatever I Want,” the crowd cheering when the rapper appeared on the screens.

But, the show reached disco overload during the encore with the duo ripping the Nancy Whang-assisted “All You’re Waiting For” straight through the speakers. Any hesitation from the crowd to dance melted away by this point, and Trees turned into a total romp. Classixx, you’re welcome back anytime.

Classixx will be on tour through November. If you jump in your car right now, you can still catch them in Houston.