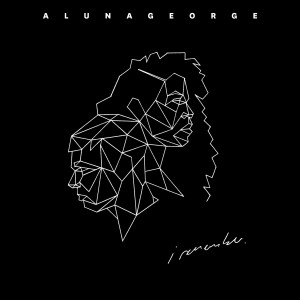 It’s 2016 and the radio doesn’t play the same songs as it used to. The pop landscape is drenched in social awareness, micro-movements, and emotion which are heavily woven throughout production-centric musicality. At face value it’s irrefutable – one can tell the difference between a Meghan Trainor track versus Sia in less than a second once they start singing – because we know they’ll be talking about very different things. But it’s their things, and every other person also has each of their own as well. In attempt for relatability, the whole ‘opening-up’ process into the world of the artist seems just as repeated as the last. There’s a singular sound which, proven over time, reaps the most fruit; the sound of pop radio which is formulaic, empowering, cavort, feel-good and unfortunately worn. This is the path of AlunaGeorge.

Single after single from the second release, I Remember, yielded a snapshot of Aluna Francis’ mind and heart, an aesthetic of nuanced feminism which sports her style on top and her descriptions short to follow. “Mean What I Mean” lyrically takes this aesthetic to the hypothetical, a narrative about not taking her words lightly, but any seriousness is downgraded by the tropical rhythm that seems a tad too lighthearted. Structure wise, it’s all been done before; see the chorus on tracks “I’m In Control”, “Hold Your Head High”, “Jealous” with little variation on the thought.

George Reid’s classic production is not only abandoned but replaced with the introduction of other producers to the this sophomore release. Interesting enough, these prove to be the more inventive tracks procured on the album. Flume’s crafty work on title track “I Remember” supplies a trance-like and deep-down feel to an emotive performance, very different from the aforementioned songs and very well put together even though it strays farthest from any AlunaGeorge branding. Zhu similarly drops tempo on “My Blood” and sways the chord progressions to a minimalist trap rhythm against an eerie backdrop of electronic sounds. Not all innovation is reserved for the guests, however, where AlunaGeorge put out the admirable “In My Head” which bounces in the dark and climatically builds to a stunning set of horns that blare to the song melody.

The only amount of reminiscing of the from a song on I Remember is on “Heartbreak Horizon”, which borrows their own synth from “Best Be Believing,” and ballad track “Mediator” which brings the image of Aluna Francis full circle from hype jogger to sensible songstress much like Body Music‘s opener “Outlines.” But the reminiscing doesn’t let up. Revisiting the debut release is an overly nostalgic trip from the latter that wishes for more. It’s difficult to not feel a little struck by the lack of creativity which was so evident and has since washed away.

It’s without fault that the project is a duo aspiring to be pop artists. The group’s 2013 LP, Body Music, proved this and was a beautiful and well executed attainment of the pop trajectory for a positive future. The production value was, frankly put, off the charts, boasting such a forward sound of bouncing bass riffs and intricate sample use, highly juxtaposed with the unique register of Francis’ unmistakable vocals. I Remember is pop at its current state; too soon to say “stagnant” but too late to say “ahead”; easy enough to say “fine” but not enough to say “wow.”