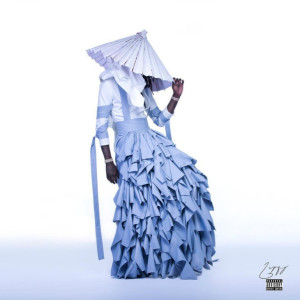 August 27 was a good day. The sun shined in the cloudless sky, the temperature hovered around the mid-80s and I had the house to myself. With both my parents out running errands, my little sister gone on a weekend excursion to Austin and inspired by a Rembert Browne article on Chance the Rapper’s “Coloring Book,” I did what any sensible twenty-something would do in my position: I downloaded Young Thug’s latest mixtape Jeffery, formerly titled “No, My Name Is Jeffery,” hopped in my car and took a trip through Dallas.

Born Jeffery Lamar Williams, Young Thug is far from your average rap superstar. Tall, lanky, sporting bleached dreads and spewing out bars in a voice that falls somewhere between Lil Wayne’s codeine soaked mumble and the squeal of a velociraptor from “Jurassic Park,” Thugger is the type of person who doesn’t fit into the checkers versus chess dichotomy of modern hip-hop. Instead, his music is what I imagine sounding like if someone flipped the table on this debate, cleared the pieces altogether and decided to play Candy Land. Young Thug is loud, colorful, brash, weird and incredibly unique; all of which made “JEFFERY” perfect for a mid-day joy ride.

Starting off my ride in West Dallas to the sounds of “Wyclef Jean,” the reggae laced opening track, Thug kicked down the door with a bang, proudly proclaiming that his money is “way longer than a NASCAR race.” (Which, considering a NASCAR race is approximately 500 miles long, means Young Thug must have a very good accountant.)

Stopping at the ATM for a quick deposit, I nervously glanced at an armed security guard looking on disapprovingly while “Floyd Mayweather,” “Swizz Beatz,” and “Future Swag” composed a trap soundtrack for my money exchange. The level of pure indulgence and bass on these songs made depositing a VERY modest amount of money while driving a fuel-efficient Ford Fiesta feel like opening a Swiss bank account in a ‘Rari.

With a couple more bucks on my debit card, “RiRi” bumped from the car speakers as the Dallas skyline approached in the distance. An homage to Rihanna’s hit single “Work,” Thug gives a shout out to the women in his life and anyone who is struggling to get what they have in the cadence of a seal on Percocets.

Passing by the Dallas County jail, the spacey “Guwop” played in a fitting tribute to the recently freed Gucci Mane, the godfather of modern Atlanta rap who made an appearance earlier on “Floyd Mayweather.” ATL compatriots Young Scooter, Quavo and Offest flank Thugger as the perfect examples of the legacy Gucci Mane left for his city.

At this point in the ride, I had the windows rolled down as I drove through Dealey Plaze and entered downtown. Hoping to catch disapproving glances from concerned mothers, I turned the dial up as “Harambe” roared angrily out of the speakers. The song is a warning to anyone who tries to get in Young Thug’s way and he makes it clear he is not taking prisoners.
On the second verse, Thug threatens, in order, his opponents’ mother, brother, entire family, clique, mother (again), dad, daughter, son and everything they have. When someone threatens someone else’s mom not once, but twice, you know they are not playing around. Somewhere in Gorilla Heaven (or Gorilla Hell, probably) Harambe is smiling.

The ride got much happier as I headed into Deep Ellum once “Webbie,” the Duke-assisted celebration of how far Thugger has come in his career, started playing. Thug shares with his listeners his victories of getting over politicians politicking and haters in general. This is followed by “Pop Man,” an ode to Kanye West that Yeezy allegedly wouldn’t let his name appear on. Here, Wyclef Jean gives Young Thug an assist serenading the women they long for.

Creeping onto 75, “Pick Up The Phone,” the Travis Scott and Quavo assisted radio-ready track, finished off “JEFFERY” with a bang. It’s a simple and catchy plea to a lover who Thug promises to give faithfulness and Rolex’s.

Young Thug isn’t the most gifted rapper, but that’s not what he’s trying to be. In fact, he’s not trying to do anything on “JEFFERY” other than have fun. The cover for the tape, where a mysterious and eccentric Thug poses in a Japanese inspired skirt-like garment designed by Alessandro Trincone, is stunning, perplexing for the Atlanta rapper. He’s here for himself.

Speeding home, I realized how important Young Thug is. In an era where artists like Frank Ocean and even Rae Sremmurd are challenging the accepted standards of masculinity in hip-hop, Young Thug acts as an odd trailblazer. He has something to say, but it’s not complicated nor overbearing. It’s simple: His name is Jeffery. Deal with it.