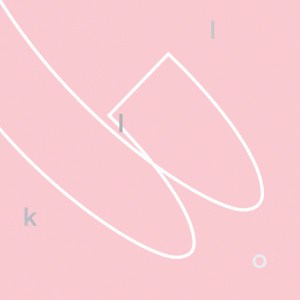 “I remember hearing my first garage song,” said Simon Lam in a recent Nylon interview, “one of Four Tet’s Fabriclive recordings, and that was the tip of the iceberg… It’s nice to have electronic dance music that has meaning rather than lyrics about just being in the club.” It is this statement made by the engineer/producer of Melbourne-based duo Kllo which helps define what their project is about.

Among the vast sea of aspiring artists eager to find their place and make their mark on the ever blossoming electronic music scene, Kllo is is right there riding the wave. The young duo are cousins which paired up because of music, initially apart stylistically but joined by intricate harmony. Chloe Kaul puts forth a siren-esque vocal performance while Lam concocts the rhythms. Together they draw a wide influence for a sophomore release, their Well Worn EP.

The five-track effort infact seems effortless. Branching from their previous release Cusp (2014), Kllo delve into deeper sounds and tones, rooted in darker UK-garage styles with sadder lyrical qualities. Listening through each track is like weaving through cones on roller skates with ample space in between, fluidly connecting each pace in a concise manner and hardly straying in attitude. It’s pleasing to hear but limited in range, begging the question if this is solely a matter of concept or lack of experimentation. It is then evident that the concept is indeed a feeling, an “improvisation” as Kaul describes which is the back-and-forth nature that the two feed each other when writing songs. “When I improvise I tend to go down the sad road, and it gets dark,” paired with two-step rhythms and dense chord progressions and the underlying output seems stagnant but is still more than audible. Kaul’s vocalizations are of note, such as on “Sense” or “Don’t Be the One,” well-practiced in soul which is heavily tinged within the sound of Kllo and accomplished. Whereas the usual songstress-producer duo lacks a certain it-factor, Kaul delivers.

The two appeared on the Ghostly Intl roster last year and make for a nice, different addition. Well Worn is a smooth and cool release which shows the progress Kllo are making since their beginning releases, despite failing to conjure anything new, really. The grand scheme of sound cloud artists, DJs, producers and synth fanatics yields a high output of like-minded and talented personnel, an area which Kllo snuggles into quite well. This isn’t to say, however, that the Australian artists aren’t worthwhile, or not even on the come up. If anything, this EP release will be their selling point; initial single “Bolide” as the showcase track that exemplifies the two’s ability, and “Sense” as to sell the group definitively. Five tracks total make Kllo’s EP worth a listen, but nothing to parade about.