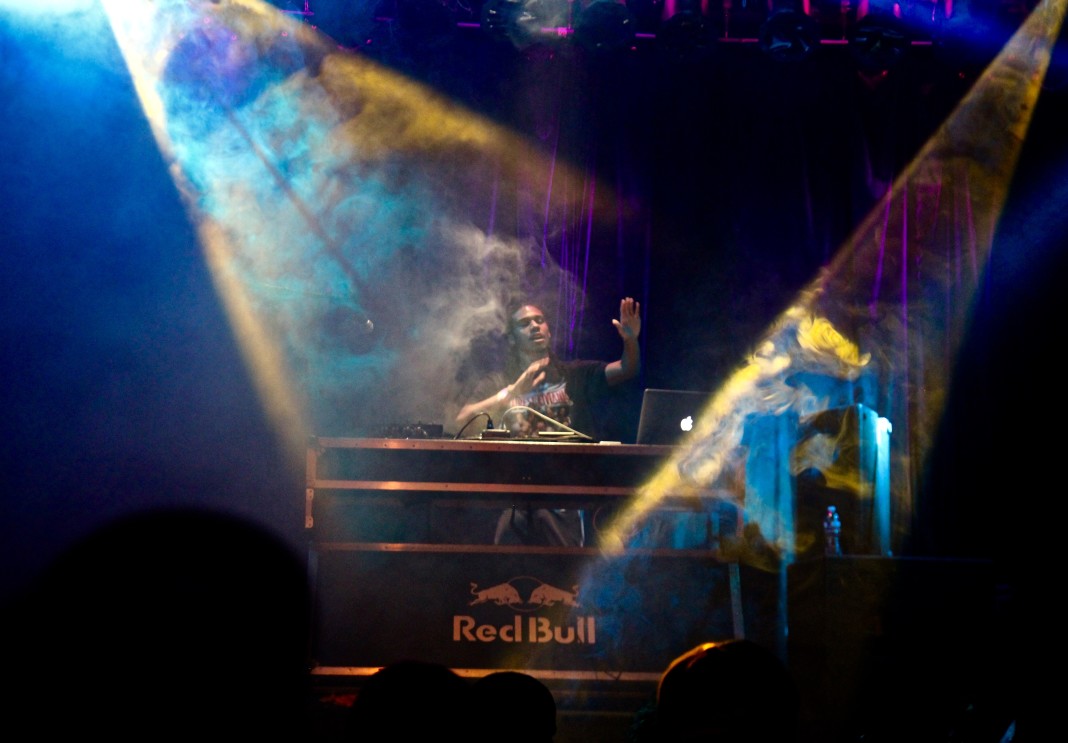 On Sunday Night Dallas’ electronic scene had a pivotal moment. Scotland’s very own Sam Gellaitry gave us a visit at Tree’s and had us dancing all night. But before we get into his amazing let’s talk about the opening DJ’s that contributed to this night of success.  Ursaminor & Dreamchild both held it down on the ones and twos and had amazing sets. Their undeniable energy, stage presence, and song selection did not go unnoticed. From the crowd’s reactions you could definitely tell that they would agree with that as well. Ursaminor is arguably one of Dallas’ smoothest and most thriving female DJ’s. She hosts a monthly event the first Sundayof the month at the Expo Bar that features more female DJ’s like VRYWVY, missblkamerikah and Olive. Dreamchild is a very talented artist from the DFW a massed a very impressive following through soundcloud because of his undeniable skill when it comes to creating music. His music is fruitfully ambitious and can have a crowd turned up. So we really have to give it up to Prime and Intelligent Grind for selecting the perfect openers for this night.

Around 11PM, the curtains opened and Sammy G started his set with one of his most famous songs “Childhood”. Throughout his entire set the crowd was vibing with him the entire time. It was a beautiful sight. Sam Gellaitry has a humble stage presence that lets the music take full control. At the end of the show I got the opportunity to exchange a few words with Sam Gellaitry with along with my good friends from NewDallasLTD. We talked about a lot of different things like being an artist signed to XL Recording, what he has been up too in Dallas, and what happen between him and Soulection. So that full interview should be posted sometime this week so be on the lookout for that!