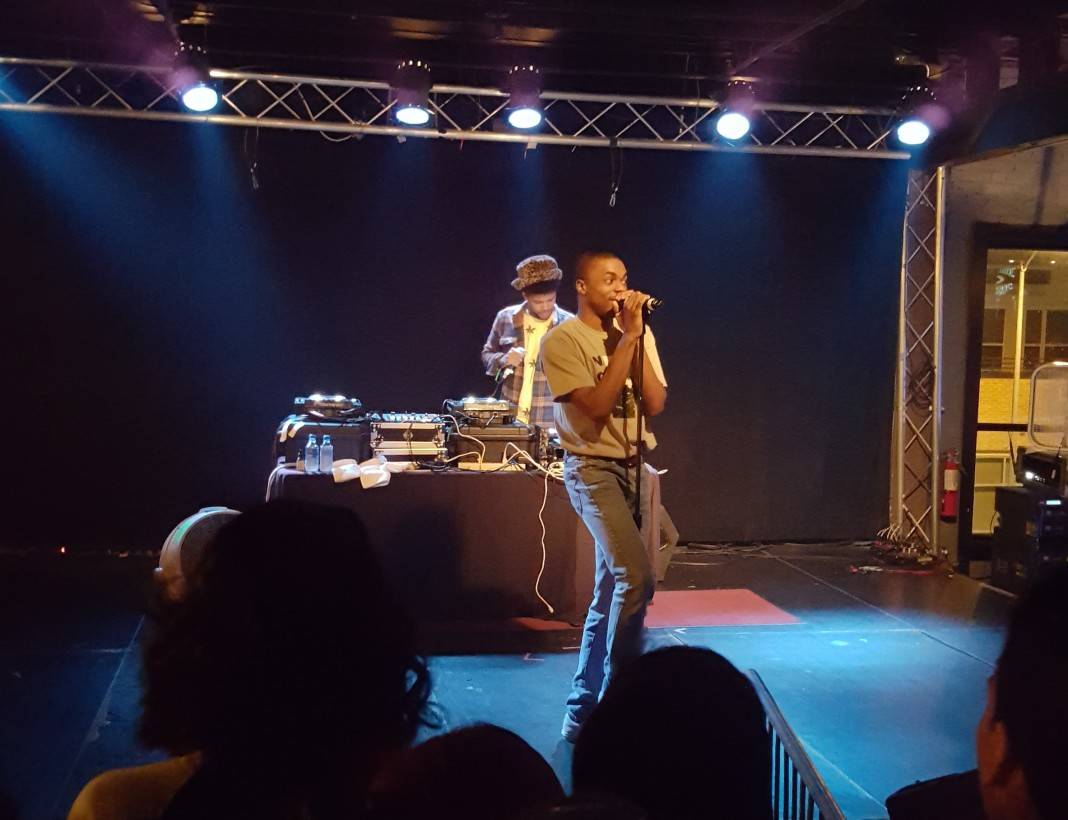 There are few artists in hip-hop today that pack as much punch as Vince Staples. The 22-year-old MC from Long Beach, California built up a cult-like with a slew of mixtapes, guest features and his seminal debut album, “Summertime ’06,” all of which drove fans wild at his first solo show in Dallas at The Loft on May 18.

Before the show, local talent from the indie label Don’t Pay Me No Mind warmed up the jam-packed room with a slew hits mixed by DJ Q. The hour and a half-long set, which featured everything from “Lord Pretty Flacko Jodye 2” by A$AP Rocky to “Alright” by Kendrick Lamar, quickly got the crowd into a moshing mood. After a short set by DPMNM headliner Fethecat, which featured his new music, the crowd anxiously awaited Staples’ arrival.

After a short intermission to get the stage set up, the eerie overture of “Ramona Park Legend, Pt. 1” crawled out of the speakers, eliciting a collective cheer from the crowd as they sensed the presence of the nights’ headliner. Finally, after nearly two-hours of waiting, Staples took the stage as “Lift Me Up,” the powerful opening track of “Summertime,” blasted from the speakers and transformed the crowd into a mob that succumbed to Staples’ will with every lyric.

Although Staples’ lyrics elicit a sense of certain nihilism, with images of death, urban decay and apathy plastering nearly every bar, he still maintains a reputation as one of the funniest people in hip-hop. His trademark tongue-in-cheek humor, which has made his Twitter account absolute gold, came with to the stage as he took time in between songs to make fun of concertgoers and to debate with his DJ whether or not there are farms in Dallas. Staples humor helped to loosen up the crowd and get it ready for the rest of the set, which sometimes felt like could only be survived in full body armor. The concert was less of a concert and more of a battlefield as songs like “Senorita,” “65 Hunnid,” “Birds and Bees,” “Norf Norf,” and “Fire” played without mercy and turned the once calm crowd into an unstoppable monster. The inescapable chaos of the mosh pit turned the room into a friendly riot as concertgoers rammed into one another in the seemingly sea of bodies, but took the time to help those unfortunate enough to stumble to get back up and keep the party going.

Staples ran through the rest of his set list fairly quickly, which also featured fan-favorites like “Nate” and a number of new songs. As the G-Funk chords of “Blue Suede” roared out to close the set, the mosh turned up to a new level and essentially became a fight club. Sweaty bodies collided into one another in mid-air as concert-goers screamed out their shared affinity for blue Jordans.

After Staples finished, the dazed crowd slowly filed out into the misty downtown night wondering what it had just been through. 10 years after the summer of 2006 that Staples portrayed in his stunning freshman effort, his music left many concert goers tired, sore, dehydrated and completely satisfied. His show left you feeling like you had just been through 12 rounds with Muhammad Ali, but even through all the pain, you couldn’t help but want more.