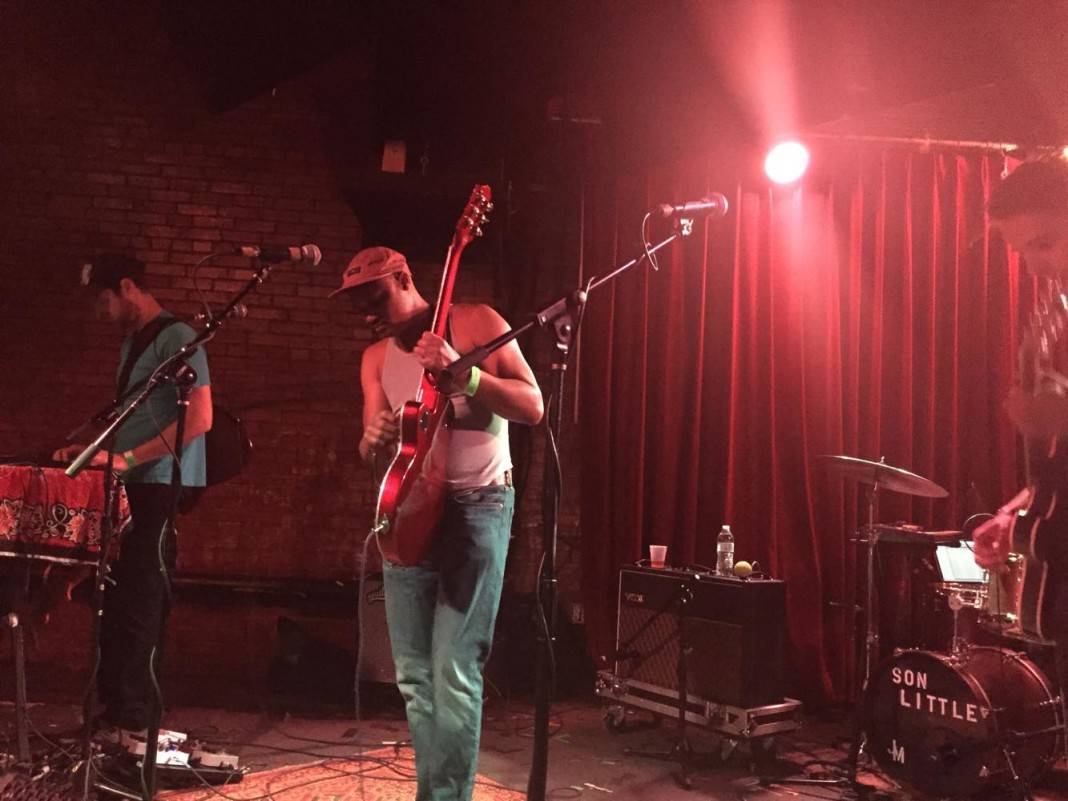 Son Little is the ambitious project of Aaron Livingston. NPR granted his sound the distinction of “nu-soul”, praising him for not merely piggybacking off of the established blues, R&B, soul artists before his time, but for picking up elements and creating something entirely unique. His album, Son Little, does not disappoint. On May 22nd, Livingston and his bandmates graced the stage at Club Dada for what should have been an unforgettable show. The opening band, Doe Paoro, performed a beautiful set, and that’s when the stiffness of the crowd became apparent. Concert goers were dispersed across Club Dada’s venue, and didn’t offer much to the New York based singer. She was cheered on by appropriate applause, but it lacked in actual passion. This is the well-known unfortunate curse of the opening act sometimes, but it seemed to carry on throughout the night.

When Son Little arrived on stage, the crowd got a little tighter, and the energy definitely went up, but only marginally. It felt like most of the audience transformed into marble statues. Asides from the few dedicated fans in front of Livingston, the scene almost resembled that of a middle school dance- preteens swaying to great music in fear of making a fool of themselves in front of their classmates. The reality though proved more uncomfortable when I realized most of the concert goers sported the classic paper wristband signifying their age as 21 and above. Luckily, Son Little performed an amazing show. His history as a background musician playing for The Roots showed strongly. Livingston’s charm stems from his desire to not attract the attention of the spotlight, but rather play the music he wrote with the utmost attention and passion. The first half of the show Livingston barely opened his eyes, it felt as if he transported entirely to another private world, but one that he allowed to audience to see. Perhaps the most magical moments occurred during the purely instrumental sections of his songs. The bandmates kept feeding off each other’s energy. It felt like sitting in on a jam session and that they were creating these tunes while we watched. When the band started playing the familiar bouncing rift for the crowd favorite “The River”, the atmosphere got more relaxed with people singing along and the band making eye contact with the audience. After that some of the tension was broken, and Livingston engaged in a lot of humorous banter with the crowd, which eventually got him a tequila shot. Livingston commented on the size of the shot after downing it with much apprehension. One of the fans appropriately responded with “Hey, everything is bigger in Texas!”.

While Son Little performed incredibly well, the benumbing attitude of the crowd lingered on to such a noticeable agree that even he seemed affected. The concert ended without much acknowledgement. The lights turned on and everyone left home. A lot of responsibility for a show’s success rests on the shoulders of the artist, but what about the audience? Concerts are sacred as they serve to display the intimate relationship of fans appreciating the musician, and the musician appreciating the fans. If either party fails to deliver their part of the appreciation, then the show becomes just that- a show.