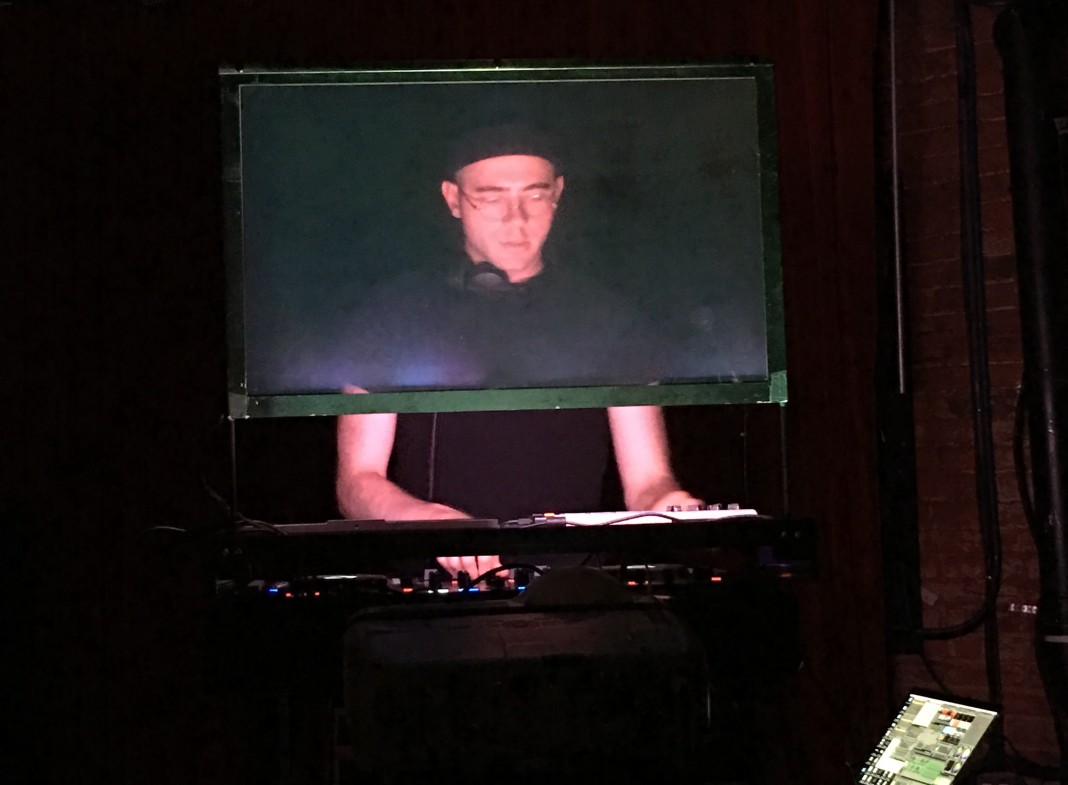 Coming recently straight out of Arcosanti Form and El Paso, The Range (James Hinton) and Rome Fortune (Jerome Fortune) have been coexisting with each other on a double bill tour for their new album releases. The Range followed up his immaculate debut, Nonfiction, with the beautifully crafted Potential. It’s an album that relies mostly on samples via Youtube of random people singing, but also invoking certain genuine feelings. That’s what Potential is all about, the musicality of these certain emotions that these everyday people convey and it all sounds perfectly translated live. Rome Fortune put out his debut LP, Jerome Raheem Fortune, after numerous EPs and mixtapes over the years. All of the releases prior to Jerome Raheem Fortune seem to have been building up to the extremely personal debut, and Rome Fortune wasn’t afraid to convey all of this at Club Dada on a Monday night. Here’s what Beta Crystals, The Range and Rome Fortune presented to normcore Dallas:

Beta Crystals, a one-man-band, began his interesting 5-song set with his drums, an MIDI pad, a keyboard and microphone. It was his first time ever playing in Dallas, and everything went smoothly for Beta Crystals. His break beats accompanied with his distorted, highly manipulated vocals seem to fit close to what The Range would shoot for. He knew what he was doing as everything seemed to sequenced well in terms of how on point the drumming was, the mixing and the vocals. He seemed to be pleased with his Dallas debut, and the crowd was watching his every move to figure out what was coming out next. Transitioning from Beta Crystals, The Range’s setup was a fascinating sight. It was really just him, his equipment and what seemed to be a small screen (Plexiglas?) that covered his whole head and half his torso. Throughout the set, projections of the samples utilized from those Youtube videos were essentially broadcast on the screen for the audience to be in awe with. It was an intriguing audiovisual juxtaposition that The Range communicated with the Dallas crowd. The Range’s set was a mix of old and new, and he seemed to know all the in’s and out’s of every one of his songs. Every lyric he would sing along to himself, every beat he would have a physical gesture that complimented it, and a radiant smile flashed here and there. His passionate glee was entirely infectious, which shouldn’t be a surprise because the genuine human connections that were thoughtfully mixed last night all seemed to be a forte of his.

The Range’s set was n othing short of alluring, and Rome Fortune’s follow up to it served to be a cohesive one. Previously, samples of other people’s voices were used to represent a narrative. Here, Rome Fortune’s own rapping and grooves were the centerpiece of his performance. And certainly, the production was all scattered but nonetheless fit his charismatic approach to the audience wonderfully. He wasn’t shy of crowd engagement, too, as he asked how Dallas was doing and even wanting the crowd to contribute a phrase to one of his songs. Overall, The Range vs Rome Fortune tailored and contrasted each other but the end result was a telling show of these two individuals and the stories they want to show the world.