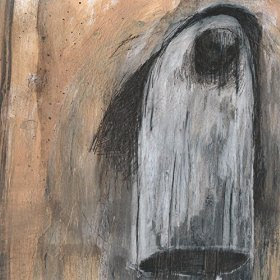 Edelweiss is an Asteraceae daisy-type of flower that thrives on rugged mountains. Thousands of meters above sea level and often sang richly in “Sound of Music” covers, the flower symbolizes purity and dedication. Pointy woolly petals and chunky spiky florets, Edelweiss does not appear like the image it is given. Like the plant, the Philadelphia EP can be used as a remedy to treat abdominal and respiratory troubles. On the other hand, this short four-track collection could cause shortness of breath, possibly leading to wind getting knocked out and a doubled-over stomach pain. All in all, it’s a healing process. Brewed down in a basement, this complicated recipe is packed loosely with various genres: math rock, post punk, lo-fi, indie alternative, slightly emo, etc.

How complex the guitar licks slide. How powerful the percussion rumble and crack.  This is how The Liberty Bell split: from ceaselessly ringing during an impetuous wild night in a crowded basement party. There could not be a better symbol for freedom, or rather a lack of. Philadelphia hints that the fight for independence still roams on: “How can you surrender, when you/don’t even know that you’re lost.” This line from “Goblin” is sung in such a bizarre syncopated fashion that the lyrics are mistaken for another instrument, letting the jittery guitars take the spotlight. Jumping from scene to scene, the guitars eventually land on a cloudy beach called “Species,” sending the “OH OH OHs” out to the blowing palm trees. The quick escapade ends as fast as it started, but not as unpredictable as “Winston,” which starts out with a folk aura on a molding wood porch, using the tree branch’s window tapping as non-tempo percussion. Of course, this tranquil beginning quickly descends down to what parents’ usually call “music from hell.”

Edelweiss can bring about an inexplicable sensation when played upon. There is a reckless vibe that thrashes personal prized possessions from floor to wall to ceiling. Brash dark drum beats create a pillar that towers over swirling blinking guitar chords. A voice ringing a romantic lo-fi tribute to the post-punk era cries against insomnia. He lists instructions on how to effectively stack sentimental assets and then explode them out into the air. Interestingly, it’s almost as if he reached into an obscure pit of memories and pulled out a 2000s teenage “emo/punk/first sexual awakening” band. Edelweiss evolves this pertinent life stage into a slightly calmed down, lo-fi, aged lover.