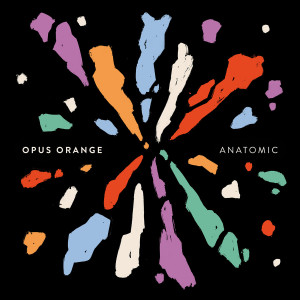 Opus Orange’s new album Anatomic is classy, clean, and has the right amount of uncooked messiness at the same time. Even upon the first listen of any track, the simple intros resonate with human sound. The vocals add on to the feeling of a reaching arm, seeping into chest cavities, holding physical presence. Through mere sound, the album’s entirety reminds the audience that all a person can really do on this earth is just “feel.” Perhaps that is the reason why Anatomic is such a fitting album title from Opus Orange, giving the hard truth of what humans really are, but sharing a glimpse of the complexity of their emotions.

Throughout the album’s tracks, the vocals strip down to a vulnerable state. Very interestingly, Opus Orange sings in an almost pleading way especially in the more emotional tracks such as “The Start of Everything.” On the other hand, the lighter and more upbeat tracks such as “It’s What I Do” has the singer bobbing his melodies from a medium range and suddenly jumps into higher octaves, as if his voice is a guitar, easily jumping frets and strings. Because of this unique energy, it sounds as if his voice intentionally cracks, but in a way that is amusingly tasteful. The vocals definitely support the human quality of the album, embracing imperfection and rawness. Anatomic’s bass and beats are drivingly minimal. The percussion is rhythmically simple and the variety is pretty straightforward: bass, snare, bass, cymbal, shakers. Even with the predictable sounds, the energy still powers through the tracks, fighting away any possible lulls. The steady beat creates a clean atmosphere, which is certainly pleasing and contrasting to the vocals and guitars. The bass lines aren’t too strong, but they complement the sentiment of each track. This modest approach allows the other instruments to have the spotlight.

Opus Orange displays a couple of tracks that sound beautifully sweet, which is definitely from the help of a fitting variety of guitar and electronic sounds. Such as in “Porcelain,” the guitars play in a soft pitch, alongside a calming piano chords that resemble orbs. The album has a range of gain on the guitars, from a sliver of grain to murky plucks such as in “Radio Silence.” The guitars have a unique personality in each of the tracks, bringing a multifaceted dynamism. Anatomic is a very pleasing album to listen to for different types of moods. There are tracks to listen for a stress free rainy day. On the other hand, there are tracks for reckless strolls in the neighborhood. Opus Orange plays a soundtrack that can act as a confidant, a trusting presence that still resembles a flawed human. Anatomic blends various aspects into a collection of flawed excellence.