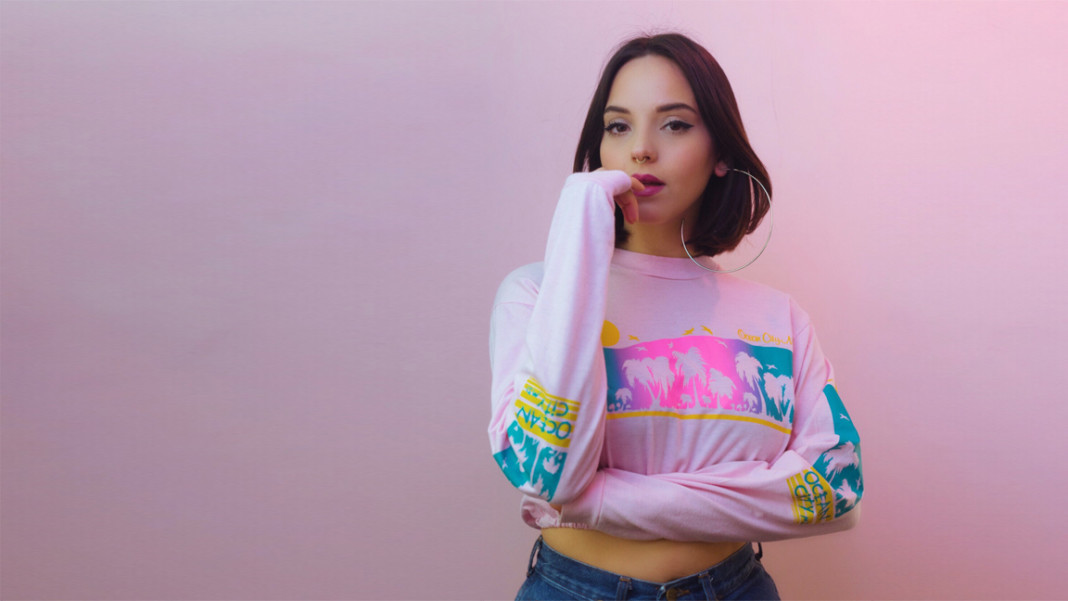 For the end of semester event, Radio UTD was thrilled to bring in Empress Of as the headlining act for a truly great evening. With the stage all prepped and venue readied for concert goers, members of the station waited eagerly. Sudie, the Dallas-based singer and producer who also was going to perform as the opener, came in early to have a pre-show chat about her current music, upcoming projects and more. Two of us tag-teamed the interview and sat down with the artist to commence the conversation.

Radio UTD: So how do you feel for tonight’s show?

What have you guys been up to today?!

Radio UTD: Ha setting up for you guys. Really juiced for the show. So we’ve been listening to your music a lot this week; been playing it on our shows and getting acquainted.

Radio UTD: Yeah! Whenever a lot of us here listen to someone we like to associate to who they sound like. We can’t really do that for you.

Sudie: Wow! That’s such a great compliment. That’s what I strive for; something different. I appreciate it!

R: Of course! Very unique. The closest to think of is, like, Julia Holter. But even then she’s still different. Before we get too into your current sound, let’s talk about your upbringing, such as your music growing up or even your parents’ music.

S: That’s a great question. I moved around a lot growing up. I’ve lived in a couple different places, and have had a lot of experiences. Initially, we had a piano in the house and my sister started playing it as we grew up. I was about 4 years old when I first climbed onto the stool and began banging on it, making songs that were just horrible. Even then I was really into music, especially singing, so around 5 I started taking my own voice lessons. My parents were listening to a lot of music from the 70s, so really early I’d say I was being fed a lot of music from around me. Definitely an influence for me that I heard was Ella Fitzgerald. My main vocal influence. I love her. From voice lessons I also sang Patsy Cline and Peggy Lee. I was lucky from all of these types of music because that’s what I wanted to do.

R: So this is all vocal then?

S: Right. I would consider my voice my main instrument. I began taking piano lessons around 12, but I stopped after a couple years. I wasn’t the piano player my sister was, I was a singer, so I kind of just cultivated, vocally, my whole life. At the same time, I was doing more musical theatre and getting into acting which really influenced my singing style. There’s just a lot. Oh! My oldest sister, who was in high school when I was really young, played a lot of Nirvana and Deaftones and System of the Down. So much.

I always had the opportunity to sing though. When we lived in Atlanta my freshman year of high school, and I was a vocalist in a jazz band. After that year we moved to Dubai for the rest of high school. It was a small high school so I did all the musicals and all the plays. It seemed I was always doing something. When I decided to go to college, I thought “damn I have to figure out what I’ve going to do,” haha, so I had to decide between musical theatre or classical. I chose classical so I could get the training and sing whatever I wanted after that. Long story short I got into SMU and went there for opera. There, I felt really- I just really needed a creative outlet. So I started working with other people like producers and other friends that sang. That’s where I met Ratrio, “Sammy,” and she was doing production in garage band and stuff. That’s when I thought “dude, I should do that,” so I began doing that in college and now after college we’re here. Ha sort of a long way to describe it.

R: When did you start putting your EP together?

S: Well the EP wasn’t actually made to be a release exactly. All the song on the EP are thing I did in college or after college. I got together with my manager and decided these were just a collection of songs I’ve done so far. So we just put them out.

R: That seems to be a popular trend right now – Headdress did that, Alex G, too – they put out a volume of work on the internet as a sort of introduction.

S: Yeah, that’s kind of how it was for me. All the songs on the EP were basically all the songs I’ve ever done. “Moog,” which I’ll be performing tonight actually, was like the third song I’ve ever written. But, it was kind of a pain in the ass to make them sound good quality because I was working with a 2009 Macbook, on Garage Band 5.0, on a Blue Snowball microphone, which is like a $60 microphone at guitar center, and a MIDI keyboard that my friend owned left it at my apartment and I’ve been using ever since. So the quality of sound when I first put them out was not very good, but I didn’t want to go back and redo it because that’s how I wanted it to be. But now we’re messing with them – do you know Black Milk?

S: Okay cool. Well, my manager and him worked together and run a label Computer Ugly which I’m on right now. So he interested enough to work on the songs and work on it for it to be truly ‘EP’ quality. So, I’m really excited and ready to get that EP out, but as the step behind, you know, because I have a lot of new material.

R: That’s really cool because I didn’t know Black Milk had a label. We knew he was getting Dallas-settled but not sure of projects.

S: It’s going to be really great and I’m humbled he wanted to work with me. And the new material I have is really nice because it’s much more cohesive and I’m excited to put out there as a work art. The artwork is so dope; I’m doing all the writing for the music videos, which we’re filming the next one on Monday; as a collection it’s just going to be really nice. We’ll be releasing that slowly throughout the year, including some singles or “loosies” as I like to call them.

R: So this new EP has been a bit of a different process then?

S: Yeah, definitely. I have new speakers, where as in the first EP I was mixing entirely through my headphones. I have a new microphone. I have desktop; all the programs just run smoother. I’m on Garage Band 10 still, but I really want to switch over to Ableton. Every time I try to use it though I get so overwhelmed. I’m so used to Garage Band and know how to manipulate sounds on it so well, I just want to make that switch at some point.

R: We like your compositions a lot, though. Everything still sounds good.

S: Thank you. I was really like, “Does this sound cool?” Haha. That’s most of the first EP.

R: You mentioned how the new material is more cohesive. Do you mean that lyrically? Are you be inspired by different things?

S: Yeah. All my songs I write from personal experiences, like people I date, or family. Even day-to-day stuff. I use music as therapy for myself, as a way of expression, because a lot of times I can’t talk about things easily with people or don’t know how to talk about it, so I use music instead. It’s just how I would convey things emotionally. So on this new EP, it’s something I would want to listen to even if I didn’t make it because of that expression. I can’t even listen to the first EP anymore after making the second one. I want to make music that people can really connect to.

R: So with Computer Ugly, are your pledging allegiance to Dallas?

S: Oh, most definitely. I’m so grateful to be a part of the up-and-coming Dallas music scene. Everyone is so supportive. It doesn’t matter if you’re a rapper, or a producer, or a singer, or maybe you do all of those things, everyone is into you and your potential. That’s why I love it and that’s the reason I don’t feel like leaving just yet.

R: Who should we pay attention to in Dallas? Radio obviously specializes in music, but you can name artists of other medias if you have any.

S: Kalan Briggs is a creative mastermind. He goes by Plain Jane Francis, who jut released an EP earlier this year called 3 Likes. He’s phenomenal; a lot of the photos on my Instagram he takes, and as I mentioned he does music. He is just so fucking creative it’s insane, and he’s definitely someone a lot of people are sleeping on.

R: Great list, and thanks so much for stopping by! Super great meeting you.

S: Likewise, I’m honored to be here! Thank you!