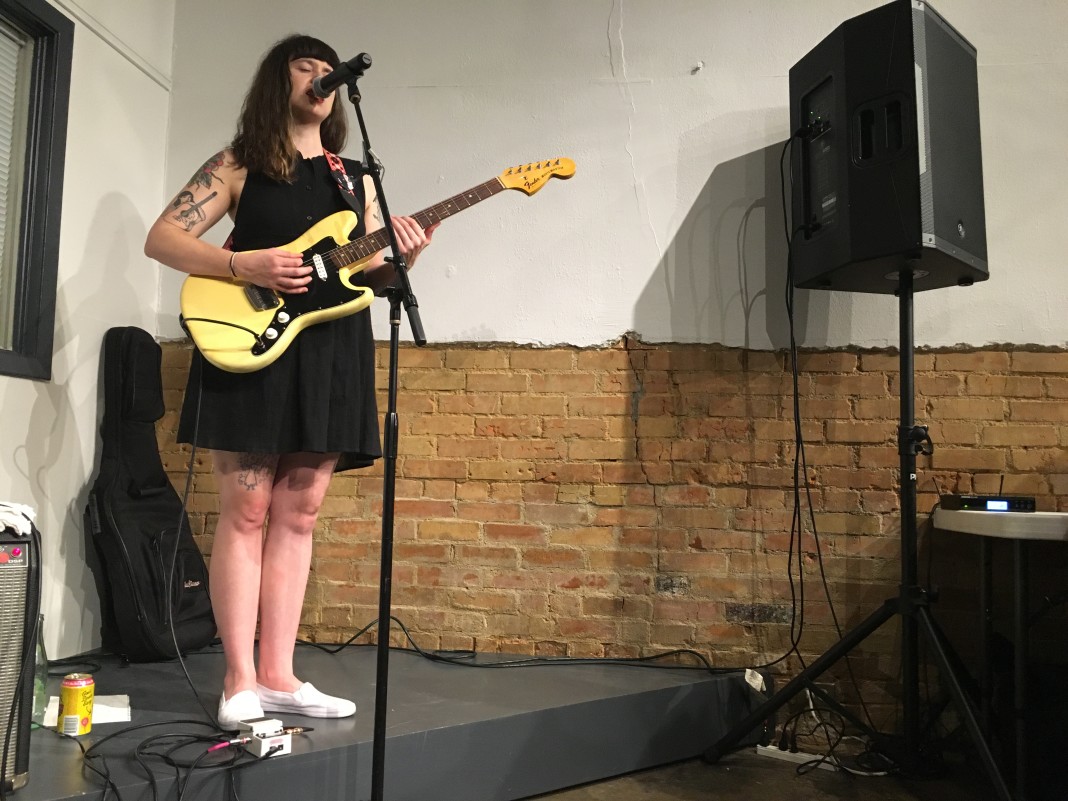 As if fans of Waxahatchee were not excited enough, last night marked the first show for the newly opened, Deep Vellum storefront. The tiny, intimate space promised nothing but greatness for a completely solo show by Katie Crutchfield.

We pulled up at exactly 8, barely in time for Waxahatchee’s set. The tiny storefront was packed full while everyone dripped of sweat and hushed their neighbors. With little warning, Crutchfield strummed her guitar, and the show began.

The beauty of going to a Waxahatchee show is feeling Crutchfield’s introspective and powerful voice on top of her soft, yet rugged, electric guitar. You’re able to relate to her ambiguous lyrics and heartfelt strum in each song. Even Crutchfield’s covers become her own and is enjoyed in such a simple, but still meaningful way than the original. Monday night proved all of that, although the awkwardness of the crowd in such a tiny space had never alienated the audience as much as it did last night. The incessant hushes from the crowd and muddled sound of the speakers took away from the real power and clarity that is Katie Crutchfield. Instead of feeling like you could take on the world, you were worried about pissing off another crowd member by bumping into them or singing too loudly.

Deep Vellum is a beautiful space, with lots of promise to the Deep Ellum community; it brings together literature, art, and music and is truly a unique space in the heart of Deep Ellum. Last night was smooth, which is expected of Waxahtchee, but also great news for Deep Vellum’s inaugural show. I’m excited to see more shows pop up in this space and enjoy more of what it has to offer.