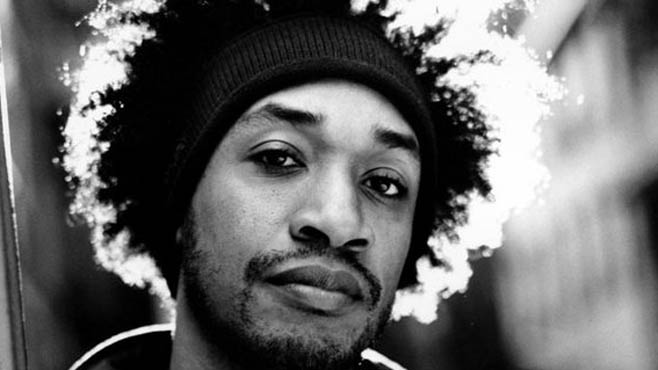 RT: “War Party”, “Mr. Large”, “What U Got”, “Pain”
RiYL: The Wu Tang Clan, Geto Boyz, De La Soul
In a genre that is as obsessed with identity and self promotion as hip-hop, albums that disregard one artist’s ego to focus on a collective effort are a rare thing. A Prince Among Thieves has received plenty of critical acclaim, it’s been called “the crown jewel of 90s hip hop”, a “rock opera,” and a “masterpiece”. With this album, Prince Paul proved his ability as a producer, though not merely in the beat-constructing sense that the term “producer” brings to mind.  A Prince Among Thieves tells a story about a young emcee named Tariq, who begins working as a drug dealer to collect enough money to record a demo tape in time for an interview with the RZA. To call Tariq’s journey a narrative would not do it justice. Plenty of albums have told a narrative that is explored as you travel from track to track, and yet none of them quite manage to do what Prince Paul does. A Prince Among Thieves is one of those forgotten gems that every hip hop enthusiast should have in their collection.

Right away, the tracklist on this thing seems daunting– the album contains 35 songs and runs a little over an hour. At first that seems excessive, but half the tracks are interludes placed between songs to advance the plot without interfering with the raps. The wisdom in that is that without any excessive intros & outros littering the songs, the musical tracks can be taken as stand alone tracks, and almost each one is as enjoyable as the last. Tariq’s narrative is paced well and more than that, it’s interesting. Every song features the next step in Tariq’s journey, whether he’s buying a gun, meeting his new gang, lying to his girl on the phone, or hustling, the album takes you through his journey by serving every experience as a new song. The variety of characters Tariq encounters are all played by other rappers and each one makes the track they appear on their own. The result is memorable songs that each have their own style as different and varied as the artists themselves. Saying this album has a lot of features is a massive understatement. The number of featured artists is probably one of the best aspects of the album, not just because of the variety it presents (variety always being a concern in hip-hop albums), but because of how the artists are utilized. Kool Keith plays a deranged gun salesman named “Crazy Lou”, Big Daddy Kane raps as a scholarly pimp dubbed “Count Macula”, Chubb Rock is the gang kingpin “Mr. Large”, De La Soul is a fiending crackhead, Everlast is the brutally crooked cop “Officer O’Malley”, and Xzibit and Sadat X both play convicts in prison, and that’s only about half of the cast. A Prince Among Thieves isn’t just a star studded roster, it featured relatively unheard of artists as its main characters. Tariq and his best friend True are played by Breezly Brewin and Sha respectively, two names that don’t ring many bells. Likewise, Tariq’s new gang is performed by the group Horror City, who seemingly exist only on this album despite being one of the best parts. The album isn’t limited to music groups either. The RZA appears to play himself and Chris Rock lends his comedic prowess to play a crackhead who makes one hell of an offer to get some free rock.

Of course, even after the clever track construction and the big names that inhabit the album, there’s still the actual music to be considered. The beats are inspired and interesting with a mix of instruments. These tracks have guitars, strings, organs, horns, pianos, turntables, and beatboxing, all coming together to provide a strong variety of styles so the album never feels stagnant or still; it is always changing and evolving to keep you listening. A Prince Among Thieves is centered around the boom bap style of the 90s, but it goes beyond by using gospel, jazz, R&B, and more than a few interesting samples. The track “War Party” has all this hype and intensity, as the mic gets passed around from member to member it instantly feels like a Wu Tang banger. Chubb Rock and Biz Markie come together on “Mr. Large” to play the kingpin Mr Large and his henchman Diehard, with Chubb on the mic for his smooth delivery and Biz beatboxing to make an instrumental that’s more organic than any of the other songs on the album. The quality of the rapping is almost without flaw, rhymes are surprising and interesting, and even based on the fiction of the story being presented as opposed to the realism that 90s hip-hop is typically so obsessed with. The album is not without a few flaws though. In particular the track “Mood for Love”. What is supposedly a “soulful” love ballad features jazz vocals from Newkirk in some obnoxiously distant filter, accompanied by a seemingly improvised piano and drum combo. The track feels like it lasts three hours, not three minutes, which is a shame because an element of jazz is exactly what the album needs to find completion. Besides that error, the interludes become a flaw as they lose their novelty after the first playthrough. Having roughly 15 interludes floating around the music library popping up every other shuffle is a plague. These interludes are a pain to live with for music purists who aren’t willing to delete tracks from the album.

A Prince Among Thieves is all the things the critics say it is and more. Prince Paul made it with the hopes of one day transferring its story to the big screen in the style of Master P’s “I’m Bout It”. Unfortunately the film adaptation was never picked up and we are forced to be satisfied with the soundtrack to what should have been the finest rap opera ever produced. Luckily for us, that soundtrack is still pretty dope.